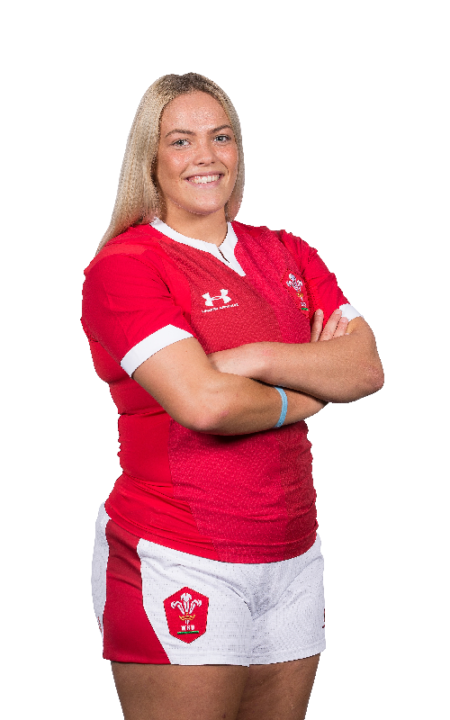 Kelsey Jones started playing rugby in 2014 with Seven Sisters in the Neath Valleys, where she was the first captain of their youth team. As a member of the senior side, she has been part of a plate-winning team which has reached the league finals on several occasions.

Kelsey won her first cap for Wales as a replacement against the Black Ferns in the 2017 Women’s Rugby World Cup.