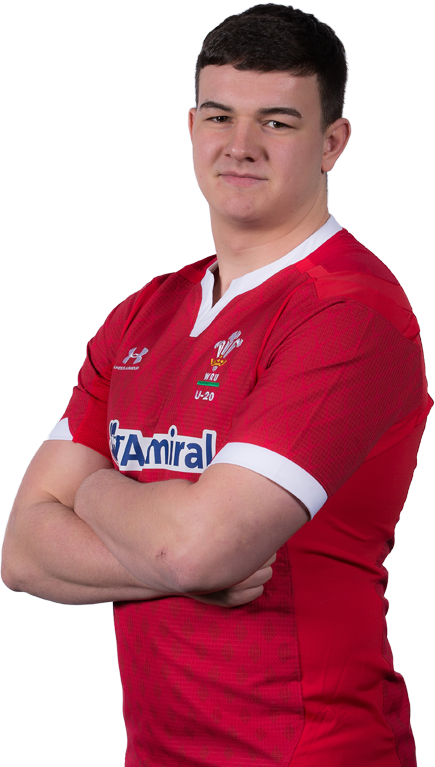 In his second campaign with Wales U20, the ball playing back row was restricted to two appearances from the bench in his first season with Gareth Williams’ squad.

He began his playing career with Aberdare U7s and stayed with the club until U14s as a centre. He was part of the successful Coleg y Cymoedd side which won the Welsh Schools & Colleges league and has been with Cardiff Blues since U16s.

He has a full house of caps, having represented Wales at U16, U18 and U19 level and is currently combining his rugby with Rugby Coaching studies at University of South Wales and plays his club rugby with Merthyr.