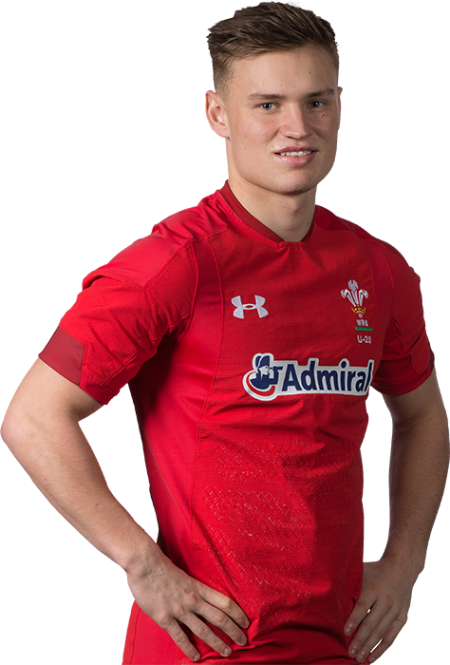 Harri Morgan failed to start the opening game of the 2019 Six Nations campaign after picking up an injury just prior to the opening match of the campaign against France.

He made his regional debut for the Ospreys in 2018 via Ospreys academy and Bridgend Ravens.

In his younger days he was a midfielder with Cardiff City until U11s before turning to rugby with Maesteg Celtic. A move to Bryncethin saw him picked up by Bridgend District U15s which ultimately led to Ospreys selection.

A Welsh speaker educated at YGG Llangynwwyd, Morgan played his club rugby at Bryncethin before representing the Ospreys, and Wales, at age-grade level. He stepped up to the Welsh Premiership with Bridgend Ravens at the start of the 2018-19season, aged just 17-years old, marking his debut with a brace of tries in a defeat of Llanelli.