Final year dental student Owen Hughes has compared his appearance on The Voice alongside that of playing for Wales in the U20 World Rugby Championship – saying his TV singing debut was up there as ‘the scariest thing I’ve ever done’ but he refuses to be down in the mouth after the judges failed to turn for him.

The 22-year-old King’s College student put his own twist on the Dua Lipa song ‘Don’t Stop Now’ but he bit off more than he could chew as the judging quartet of will.i.am, Sir Tom Jones, Olly Murs and Anne-Marie refused to push their buttons.

Filmed back in October, it proved a long four months for Hughes as he waited anxiously to hear what the judges actually thought of him. He feared the worst but didn’t realise the judges recognised they had made a massive mistake after he slipped through their fingers.

Olly Murs muttered: “I don’t know why I didn’t press my button,” while will.I.am, added: “Sorry guys, sometimes we overthink it, that was one of those times.”

“What I saw was pretty positive and I was happy with it – the biggest fear I had was they were going to say ‘he was rubbish’,” said the former Dragons academy hooker. “On the show are a lot of singers so I did feel like an imposter but I got over it. I thought it was a really positive experience, I had loads of fun doing it. The feedback I have had off people and messages I’ve received has been overwhelming and positive. It’s been really good and I’m now looking to kick on with it.”

His television appearance was a culmination of nearly 12 months in the pipeline after first beginning the process last March. After a series of preliminary auditions and call-back auditions on zoom, a face to face with the producers at ITV headquarters was requested.

“I had to sing in front of the producers which was a bit scary but I got through it and a few days later they told me I had got a blind audition and I was on the show,” he said.

“They sent a whole tv crew to my home in Monmouth, filmed my mum and visited a dental practise in town I did work experience with, Monmouth school let us use the playing fields where I played rugby – then I also had to do a few rehearsal days.”

Despite enjoying the experience, Hughes did admit to a few pre-match nerves.

“It didn’t really kick in until the night before when I was in the hotel and I thought tomorrow I am going to be that person on the stage – I had this vision of what am I doing but it is definitely the scariest thing I have done –  it’s got to be up there with the U20s World Cup.

“Performing on stage for the first time without my guitar, and playing for Wales at the World Cup are different kinds of pressure. With the rugby at least I had done years of training but with The Voice it was like this is something I’ve done more as a hobby and never really considered it as a proper career.

“I normally play with my guitar as well so I can kind of hide behind that but they wanted me to focus on the voice, they didn’t want the guitar to detract from my vocals. I didn’t really know what to do with my body as it was the first time I had even played on a stage!” 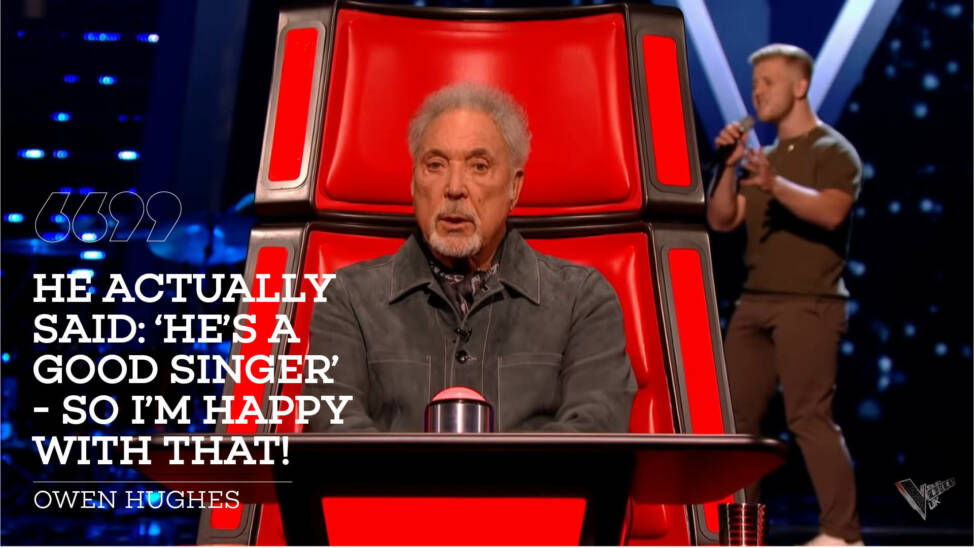 As a bone fida Welshman, there was always only going to be one judge who Hughes would have plumped for if he had received a full house of turns.

“I definitely would have gone for Sir Tom – that was what I played on in the interview, always Sir Tom, even if they had all turned round, I probably would still have gone with Sir Tom. He actually said: “He’s a good singer”, so I’m happy with that.”

After representing Wales in Georgia at the U20 World Rugby Championship in 2017, Hughes turned down the opportunity of playing another season as he wanted to concentrate on his dental studies, and signed for ambitious Rosslyn Park.

“I actually had a chat with Jason Strange (Wales U20 head coach) at the time, he wanted me back for the following year but unfortunately for me I had missed a bit of uni and needed to focus on that. I thought I would be taking the opportunity away from somebody else – it was a difficult decision but one that had to be made at the time,” he says.

Keeping his appearance on tv a secret from his ex-teammates proved one of the hardest tasks the former captain of Monmouth Boys had undertaken over the past year. Prior to the lockdown Hughes had decided to fully commit to his dental studies and take a step back from playing semi-professional rugby in the England National 1 league.

“I’d not made a full departure from the group chat, I Iet one of them know because I felt a bit funny about just posting it in the group chat after so many months, one of them posted it and they were all firing off. Before I left the club a year or so ago, I was busking on the street, and performing and doing little gigs here and there and the rugby boys caught wind of it and after every home game the club would get me to sing in the club.

“So I would do gigs after the games – it was like a double whammy really, I would play, then go in and give the boys a little gig and it became like a family thing – I’d come in, have a shower maybe with a black eye but I’d still be there, bring all my gear, they’d be putting in their requests. I’d had to keep The Voice from them for quite a while because of NDAs – I think they were all a bit shocked when I told them.” 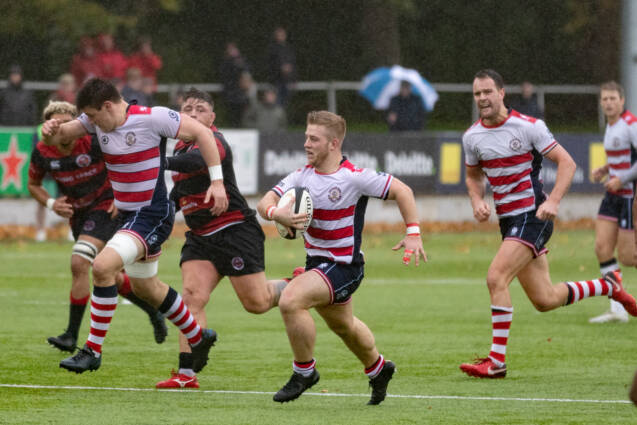 Hughes recalls his time with Wales U20 with fondness and still follows the likes of Rhys Carre, Shane Lewis-Hughes, James Botham and Owen Lane who have all gone on to claim senior international honours.

“That year we had quite a lot of talent in the team – maybe the results didn’t necessarily reflect that but there were definitely a few boys I thought ‘wow these are potential stars of the future’. I didn’t necessarily see myself as one of them – it was an honour to share time with them and now to see them on TV playing is just mad.

He’s particularly pleased to see the progress his fellow front row partner Rhys Carre has made after he impressed with Wales at age grade level.

“I think it was a case of whether it was going to translate on to senior men’s rugby – he’s a big big boy and size helps in the front row. I actually shared a room with him in camp so it’s been good to see him kick on.”

Still only 22 years of age, Hughes says his formative years at the Dragons academy have proved beneficial on and off the pitch.

“I probably didn’t realise it at the time, but now looking back it was the discipline, the professionalism it coached into me, it’s not only helped me with the singing, but also the dentistry as well. I’ve been able to apply a lot of transferable skills but I definitely have fond memories with all the boys as well.”

Hughes’ hooking skills may not have been lost for good just yet, as there is a distinct possibility once he has qualified later in the year he may head back across the Severn Bridge to perform his foundation year in south Wales. 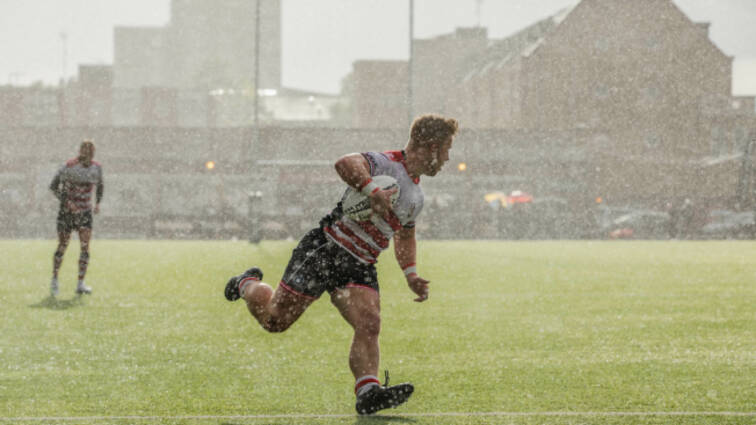 “I had intended to take a break and then go back, but the pandemic has hit and all rugby has been affected by it so as and when it comes back I might think about getting back into it. When I graduate over the summer – fingers crossed – I’ll have to do something for my foundation year which I’m hoping to do in Cardiff or south Wales so hopefully I won’t be short of finding a club there – long term I have to look after my hands a bit more as I dislocated my finger when playing for Rosslyn so couldn’t do any clinical stuff at Uni – they were a little bit annoyed with me so I have got that to consider as well.”

In the short term, Hughes has gone from the front row to the front line, becoming a vaccinator in the current pandemic.

“We’re very, very busy – it’s fantastic to be a part of it and obviously as dentists in final years, we’re injecting people all the time, it’s good to be busy because a lot of people are struggling to find stuff to do so I’m quite fortunate.”

So at the moment he has plenty to get his teeth stuck in to as rugby takes a back seat while his dentistry takes centre stage.

“So far I don’t have any regrets but I don’t know if that is going to come back and haunt me. I miss it dearly but dentistry has to be the focus for me.”

There may be 14in difference in height but Owen Hughes & @CallumBradbury show rugby is for all shapes n sizes #WalesU20s #WorldRugbyU20s pic.twitter.com/7ZfGDWLPYT 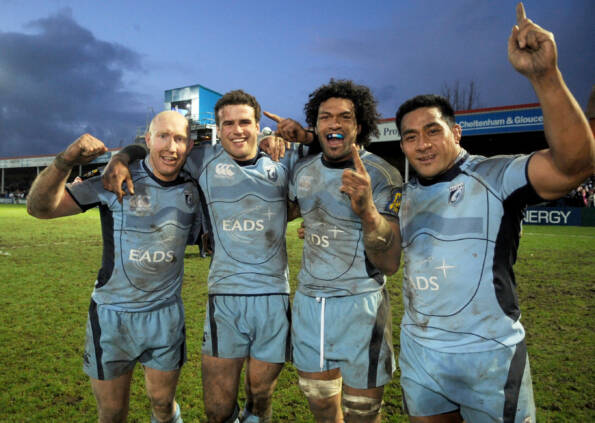 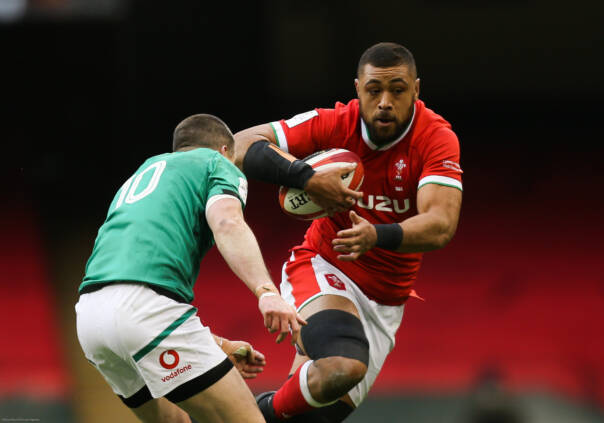 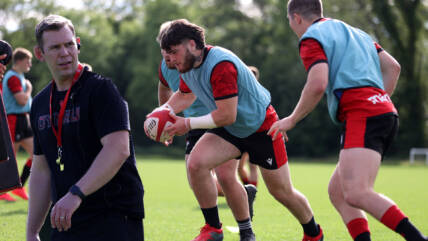 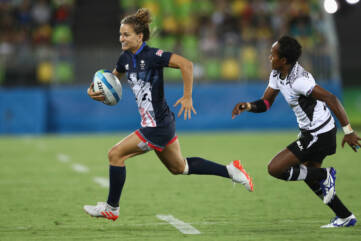 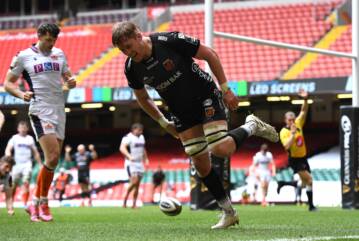 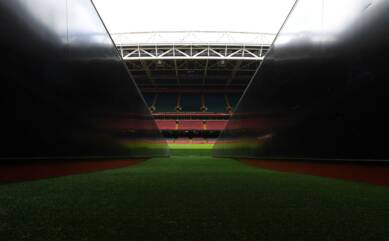