Wales and Gloucester-Hartpury hooker Kelsey Jones is set to make her first international start of the season against Italy on Saturday (12 noon, Cardiff Arms Park) after recovering from a long-term injury.

After missing the autumn campaign and fighting back to full fitness, Jones has made a big impact off the bench throughout this TikTok Six Nations campaign, even scoring tries against Scotland and England.

Now the 26-times-capped forward has been handed the No 2 jersey but she insists she is 100% committed to giving her best, whatever her role.

“Every girl’s dream growing up playing rugby is to be in that Welsh shirt. To be able to live it, experience that, and to get across the white line too I have no words for it. I feel so honoured. It’s such an exciting year ahead.”

“What we’ve really worked on in the squad is not just the starting XV, not just the matchday 23, but the strength of the whole squad,” she said.

“The preparation that we put in week to week, whatever our role is we’ve got to put our full concentration on. Coming back from the injury I had I feel very fortunate to be playing in the squad, to be playing weekly, and what an opportunity. Regardless of my role I make sure I give 100 per cent.

“It gives me confidence to come off the bench and know I can take it to another level. It’s really exciting.
“We’ve got such depth in the squad now. It gives coaches headaches but what a great position to be in with such a great year ahead of us.

“The tries are just a bonus from being able to put on that jersey and put the three feathers on your chest. Most of my tries as a hooker have come from the back of a maul so I must pat my fellow forwards on the back for getting me over that line.”

This Saturday’s Six Nations finale against Italy at the Arms Park will define Wales’ Six Nations campaign. Ioan Cunningham’s side began the Championship with two stunning victories against Ireland, and Scotland before two disappointing results against England and France.

“What’s been so exciting is we might have got off to slow starts in some of our games, but we finished so strongly,” she said.

“That is testament to show strong our squad is. It was a tough encounter against England and France but those are the sides we really want to be competing against.

“We need to start pushing ourselves. Italy will be a tough challenge, but we are determined to end the Six Nations on a high.”

The former Llantagtwg School pupil believes inspiring the next generation is a key motivating factor and is looking forward to another big crowd at Cardiff Arms Park.

“There are so many more opportunities for girls to play rugby now compared to when I was growing up and I’m so passionate about growing the game. I’ve never looked back since my first training session at 17 at Seven Sisters. To see how much it’s grown is so exciting and it can only get better.

“I love seeing everyone after our games. It’s so good to see so many young girls in the crowd coming to watch us and screaming our names. Girls can look at us and think this could be my job in the future, we are giving them that belief. As well as having my family there, that is what means the most, to be inspiring the next generation of international players.” 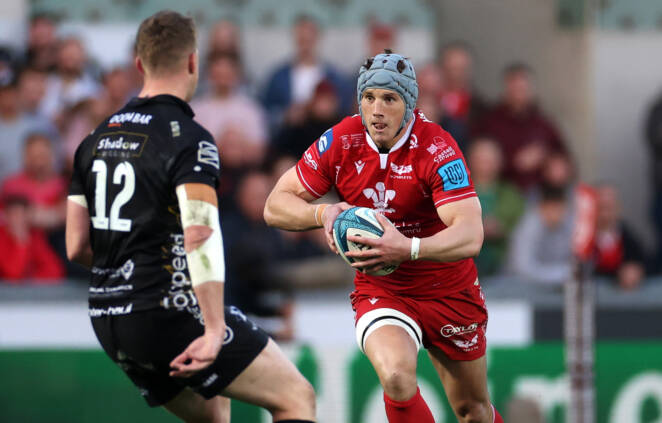 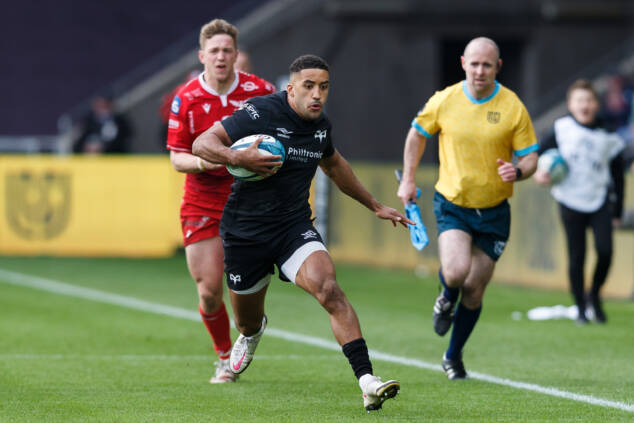 Ospreys wing Giles faster than ever after injury hell