Wales Women’s head coach Ioan Cunningham wants his side to start believing in themselves as all the focus now turns to the opening game in the World Cup in New Zealand next month against Scotland.

After watching his side concede 11 tries to world ranked No 1 side England in a 73-7 defeat at Bristol’s Ashton Gate, Cunningham pledged to look within to find a solution to his side’s failure to convert their attacking chances into points.

The World Cup opener against the Scots at the Semenoff Stadium, in Northland, on 9 October is now the sole focus of attention for the Welsh team and coaches. They then have to face host nation New Zealand and Australia in their group.

“Everything is about Scotland. It is all about momentum in a competition and if you start well it gives you the opportunity to go further,” said Cunningham.

“There isn’t much time to turn things around before we head off to New Zealand. We’re all in this together, coaches and players, and we have to look inwards and work hard, as I know we will, to turn this around to start on a positive note against Scotland at the World Cup.

“There is a lot of potential in this side – we‘ve just got to start believing in ourselves and converting our chances. We can’t feel sorry for ourselves anymore and be glorified losers.

“We showed a lot of guts at times but we were second best. We have to take a good look at ourselves and there are a lot of discussions to be had.”

Wales bagged an early five pointer when Gwen Crabb converted a driving line-out and score a try that levelled the scores at 7-7. After that, though, they went into cruise control and added another 10 tries to make it 25 wins in a row to underline their status as firm favourites to win the World Cup.

“England are the best in the world and are averaging 65 points per game. We’re disappointed with our performance and we just have to look at ourselves,” added Cunningham.

“Scoreboard aside, we missed a lot of opportunities. We created enough chances in the first half, but we coughed up the ball too easily in the scoring zones.

“That’s something we have to work on if we are to kick on as a group. Our exit game was better, we managed to get in the score zone and we scored a driving line-out try, which was pleasing.

“We had six opportunities in the first half, but we only had seven points. We have to turn those chances into more points or we won’t trouble teams.

Wales skipper Hannah Jones said it was now a case of “picking ourselves up” ahead of the trip down under after suffering the second worst defeat in history (Wales lost 83-11 to England in Swansea in April 1999).

“England are No 1 in the world for a reason. There are lots of learnings for us to take away from the game,” said Jones.

“We’re better than that and we will stick together and try to get things right. We’ve got to pick ourselves up and ensure we step up to take our opportunities.” 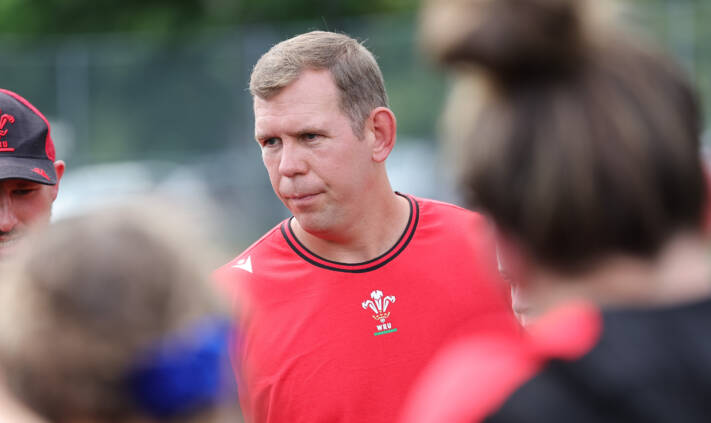 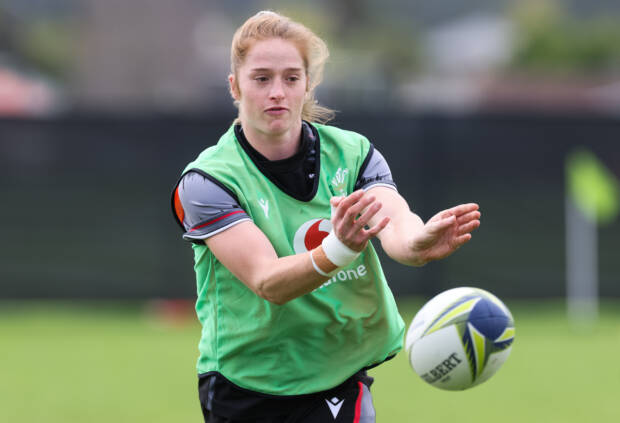 Neumann has a point to prove with Wales