Wales hosted the competition new boys at the new home of Welsh rugby in the second clash of the 2000 Lloyds TSB Six Nations tournament.

In a marked contrast to the performance provided two weeks previously, Wales gained a heavy defeat over the visitors, although the Azzurri did hold an early, albeit brief, lead at the Millennium Stadium.


The first thirty minutes of the match witnessed a kicking showdown between Neil Jenkins and Diego Dominguez, who quickly demonstrated his ability with the boot. Jenkins missed his first attempt but on gaining the three points with his second, the Pontypridd fly half surpassed Gavin Hastings’s total of 287 Five Nations points to become the championship’s new record points holder.

Dominguez neatly slotted over a drop goal shortly afterwards and added a penalty to his personal haul, taking the Italians into the lead after ten minutes played.

Jenkins was gifted more chances than his Italian counterpart due to indiscipline from the visitors and converted them all to take Wales nine points clear to 15-6 shortly before the half-hour mark, and the first Welsh try. Italian indiscipline ceased somewhat after the captain Alessandro Troncon received harsh words from referee Iain Ramage yet the Welsh were still able to increase their points advantage.

Scott Quinnell began the try-scoring, notching a sixth try for his country and in doing so equalling the then record as the most prolific Welsh forward in the country’s history. He was abetted by brother Craig in a superb showing from the Welsh forwards.

Jenkins missed the ensuing conversion and Dominguez sought to close the gap with another penalty. Winger Shane Williams was the next to add his name to the scoreboard as he made a debut performance to remember. A pass from Mark Taylor enabled Williams to cross the line after a patient build up of pressure from the Welsh; Jenkins’s conversion took the scores to 30-9 as the game moved towards half-time.

Buoyed by their first half performance and the resultant scoreline, Wales swaggered into the second half and after just three minutes of play, Jenkins added another three points to the Welsh advantage.

Rob Howley initiated a superb break with the aim of increasing Wales’s score further; try-scorer Quinnell almost added a second to his tally but was just short of the Italian line. However, Welsh forward force from Peter Rogers and Craig Quinnell gave Allan Bateman, who had missed the opening match of the tournament through injury, the try-scoring opportunity.

Jenkins’s conversion from the touchline took the Welsh lead to 40-9, and due to this heavy margin, slight complacency crept into the Welsh game. Wilhelmus Visser was able to take advantage of this, as he found an inexcusable gap in the Welsh line-out to run apprehended to the Welsh line.

This converted Italian try galvanised Wales back into scoring mode as Shane Howarth raced over for Wales’s fourth try of the match. Jenkins’s conversion took his personal haul to 27 who had broken a second international record in the match as he passed the previous record for points scored for a single team. Jenkins’s fifth kick of this match overtook Michael Lynagh’s old mark with points scored solely for Wales.

This comprehensive and comfortable victory signalled Wales’s first in the 2000 championship and the heaviest defeat over the Azzurri on home soil. 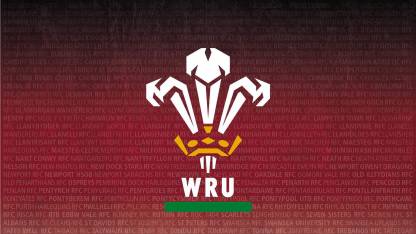