James Hook was the hero for the Ospreys for the second game running as he kicked three second half penalties to steer his side to a vital 19-17 win over Magners League table-toppers Leinster. The victory pushes the Ospreys to within two points of the leaders with a game in hand.

Hook, who scored all 19 points in the Ospreys’ win over the Scarlets earlier in the week, was only introduced into the game after 50 minutes when he came off the bench to replace outside half Shaun Connor.


The rising star of Welsh rugby soon made his presence felt and his three pin-point penalties enabled the home side to overtake Leinster and steal a win that puts the title a step closer to returning to Wales.

The Leinster defence was magnificent all night and there was no score from either side in the opening quarter. Then a Connor penalty and try from Justin Marshall pushed the Ospreys into a 10-3 lead.

Shane Horgan’s try, and Felipe Contepomi’s conversion, levelled matters just before the break and Leinster skipper Contepomi skipped away for a brilliant solo try to give his side a 17-10 lead.

The 10,000+ crowd were fearing the worst but Hook’s introduction gave them new hope. As the pressure from the home side mounted, so Hook rewarded his team with three penalties.

The last one came six minutes from time and moved the Ospreys up into second place in the table to within two points of Leinster at the top. The Ospreys also have a game in hand over the Irish side. 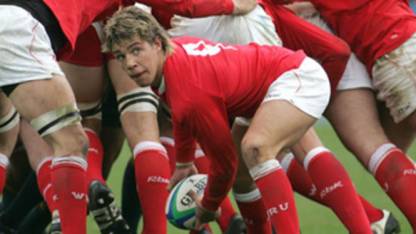