Wales head coach Matt O’Brien has named his side to face France in this afternoon’s final game of the Men’s U18 Six Nations Festival in Marcoussis.

Following defeats to England and Ireland, O’Brien has named a side with a number of changes as Wales face the daunting prospect of taking on the hosts in front of a full crowd.

“We said to the guys, barring injury everyone would start a game so there is a chance for everyone to play but also looking back at previous games, momentum-wise we have been in games for 45 minutes but then the last 20-25 minutes teams are pulling away so we thought it would be good to have a bit of a mix up and have some real strength coming off the bench,” explained O’Brien.

“Obviously, we have played the two toughest teams out here and the third one against France in front of a crowd will be huge for the boys. We’ve created a lot so far but perhaps we just haven’t been clinical enough to put them away.

“We have made some real improvements from game one to game two in terms of contact area and breakdown. Maybe we just need to be a wee bit smarter with our game management in where we are playing the game.

“A lot of our possession has been fairly deep and we probably need to move the game higher up the field. The French are going to be very physical and direct. Saying that, we have given them full license to go out and play but I think the next thing is probably making sure we’re smart with decisions and when to be playing and kick in the right areas.”

Tomorrow’s Welsh squad had their shirts presented to them in front of the Eiffel Tower earlier this week and O’Brien has been impressed with his young squad on and off the pitch during the tournament.

“We’re fairly strong in certain positions – our two centres Harri Ackerman and Louie Hennessey have gone really well while up front our back row have been very good but as a collective there have been big improvements across the park,” he said.

“Crowds are allowed in for the first time and it’s going to be a great experience for the players as a lot of parents will be in the crowd which will be a great occasion for them.” 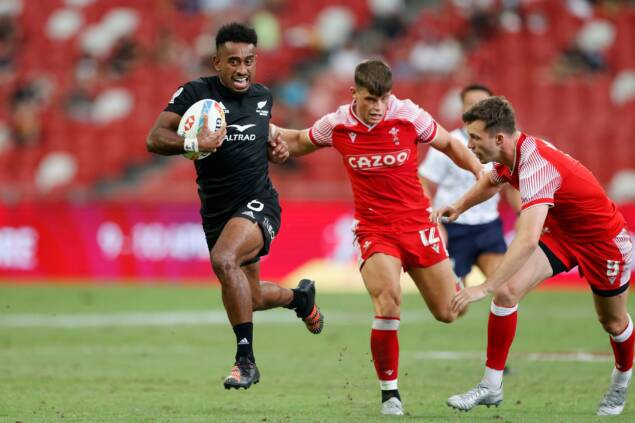 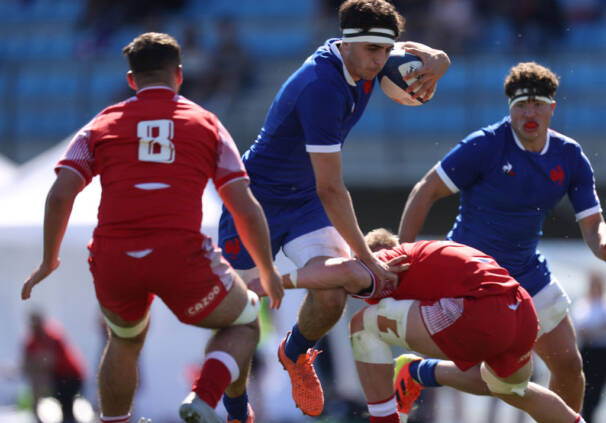 Wales U18s play their part in avalanche of tries