Known for his hard-tackling and range of skills, Tomkinson will move to Wales to join up with the Men of Gwent ahead of the 2022/23 campaign.

The 25-year-old – who operates at centre or wing – will join Dragons following playing spells with the Highlanders in Super Rugby and Otago.

“We’re really pleased that Sio will be a Dragon from next season,” said Dean Ryan, Director of Dragons Rugby. “This is a fantastic opportunity for us to bring over a player with a huge attacking threat and strike power from the Southern Hemisphere.

“Sio has impressed throughout his time in Super Rugby and he is now excited about a new chapter and making a big impact with us. We look forward to welcoming Sio and his family to Wales and to him making Rodney Parade his new home.”

Dunedin-born Tomkinson made his name with Otago before making his Highlanders debut in 2017. He has gone on to make 43 appearances for the Landers, scoring 14 tries, but is yet to feature in the new Super Rugby Pacific competition as he continues to rehab from a foot injury sustained in the 2021 NPC Final.

Tomkinson has previously represented New Zealand Schools and New Zealand Under-20s, scoring two tries in five games at the 2016 Junior World Championship in England. “I am looking forward to heading over to Wales later in the year to join up with the Dragons,” said Tomkinson.

“Since leaving school, I have been fortunate to be involved in professional rugby and played for two New Zealand teams: The Highlanders and Otago Rugby. I have made some great friends and both teams mean a lot to me, but it’s time for a new chapter and I’m excited about taking this opportunity at the Dragons.

“Dean Ryan has spoken to me about the direction the team is moving, and I want to be a part of this. I look forward to travelling to Newport later in 2022 to connect with the coaches, players, and the loyal supporters of the Dragons.”

Ryan is extremely excited at the squad he is building in Newport, with Tomkinson becoming the seventh new signing. “Sio is a really aggressive defender, but he is also a real threat, playing both wings and 13,” said Ryan.

“We see him as a 13 with some flex in that wing position. He is an outstanding Super Rugby player and we worked for a long time to find that individual to add to what we have here.

“It’s an exciting recruitment and I think Dragons fans, when they see him, will be over the moon. Seven signings is quite a big change for an environment that has been pretty stable.

“Our first couple of years was stable to ensure we could see who we could develop from within, but at the same time we know we have got to get better. This competition is getting better all the time and we have had to make some decisions over who we recruit and how we develop players into the same space.

“We are always looking, we are on tight budgets which is well voiced, but it doesn’t top us looking to change and take this club forward.” 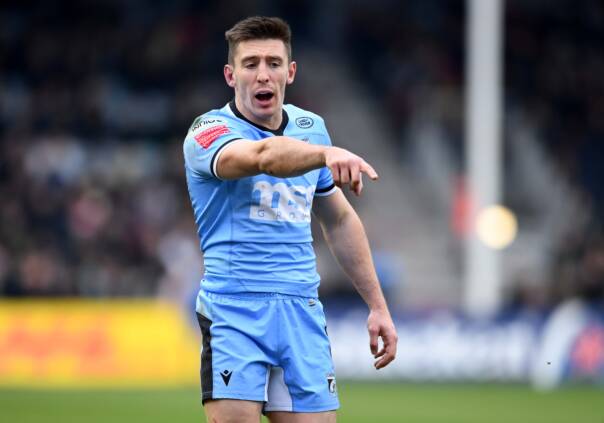