Derrick Main, who won four caps for Wales in the 1959 Five Nations tournament, has died at the age of 90.

Described in the London Welsh history as “an indestructible prop”, he packed down alongside Bryn Meredith and Ray Prosser in his first game against England at Cardiff Arms Park on 17 January. He was one of seven new caps, joining Cliff Ashton, Dewi Bebb, Haydn Davies, Ian Ford, John Leleu and Malcolm Price, in a side that won 5-0.

The game was played in horrendous conditions and the reporter for The Times likened the south touchline between the 25 yard lines as “resembling an upper Amazonian swamp”. The Welsh forwards were singled out for special praise for their efforts in the mud and it was a try by Bebb and a conversion from Terry Davies that won the day.

Main held his place for the rest of the championship. Wales were beaten by a point in Scotland, beat the Irish at home 8-6 before losing 11-3 in Paris to finish joint second in the table. 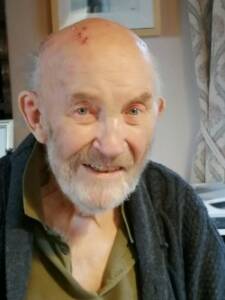 Born in Cairo, where his Scottish father was working in the military, Main was living in Dover Castle when WW2 struck. Along with his Cornish mother and two brothers he was evacuated to Abergavenny, where he attended King Henry VIII Grammar School.

“Abergavenny became his home and he was so very proud to have played for Wales. He used to love taking me to Cardiff for international matches and enjoyed going into the inner sanctum of the International Players Lounge at Principality Stadium,” recalled his daughter, Lin Spreckley.

“He delighted in watching Wales beat Scotland the weekend before he died and was always a staunch supporter of the game.”

After leaving school he did his National Service in the Royal Navy. He was a ‘Writer’ – responsible of Human Resources on board ship – on HMS Cumberland and played in the Inter-Services Championship at Twickenham in 1953 and 1954.

His next move was to Exeter, where he trained to become a teacher at St Luke’s College. It was here that he met his wife, Margaret Underhill, who was radiographer at Exeter Hosptial where he went for an X-Ray when injured. They married in 1955.

The rugby team at the College was among the best in the country at that time and he also played for two seasons for Devon in the county championship, helping them to reach back-to-back finals. They were beaten by an all-star Middlesex side in the 1956 and then beat Yorkshire 12-3 in Plymouth a year later.

He was one of five St Luke’s players in the cup final winning side, all of who were Welsh. Fellow Welsh international Brian Sparks was in the back row and the great Pontypool playmaker Benny Jones was at outside half.

In 1955 he had been in the St Luke’s team that had been beaten by Richmond in the final of the Middlesex Sevens at Twickenham and he returned two years later to win the title. He reached a third Middlesex final with London Welsh, the club from which he was capped, in 1960.

He became a Barbarian on their Easter Tour in 1958 and played in his first Welsh trial in 1959. He was selected for the second of three trials, but didn’t make the cut for the final trial, yet still got picked by the Big Five. He also had a trial in 1960 before hanging up his boots a year later.

After leaving St Luke’s he became a teacher at Bancroft’s School and then Bishop’s Stortford College.  He became involved with the coaching at Bishop’s Stortford RFC before leaving teaching to set-up a woodworking factory that repaired kitchen and household fittings in Herefordshire.

The Welsh Rugby Union offers sincere condolences to the family and friends of Derrick Main. 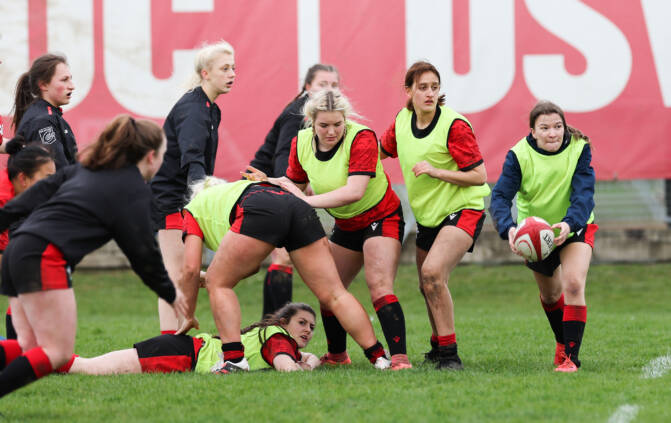 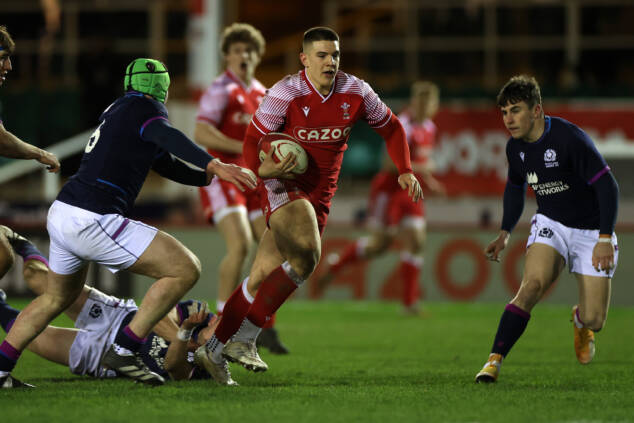 Wales U20 name side to face France