Cardiff Rugby made it two wins from two in the WRU Regional Age Grade U18 Championship as they beat RGC 41-10 at the weekend.

Hot on the heels of their opening round victory over the Ospreys at Aberavon, 18-8, they ran in six tries against an RGC side that had kicked-off their campaign with an impressive 36-29 home win over Scarlets.

The bonus-point had been secured by half-time thanks to a dominant first-half display by a side boasting players from the three Welsh Schools & College Cup winning teams, Cardiff & Vale College, Ysgol Glantaf and Whitchurch HS.

No 8 Kian Evans gave Cardiff the perfect start with a try within a minute of the kick-off and centre Morgan Bowen added a second soon after Tom Jarman had kicked a penalty for the visitors. Bowen then offloaded in the tackle to send his midfield partner, Ethan Rudyi, in for a third try and Dan Nzamba grabbed a fourth just before the break.

Scrum half Orson James then sprinted clear for the fifth try early in the second half and Harri Wilde added a penalty. Brychan Jones grabbed a consolation try for the Gogs, but Nzamba struck again at the death to round off a good performance for the hosts.

It had been Ben Geragthy who scored twice for Cardiff in their win over the Ospreys. Saul Hurley also crossed in that game and Jacob Symes kicked a penalty.

The young Blue & Blacks now have 10 days to prepare for their next encounter, when they travel to Parc y Scarlets on 2 February. They then host the Dragons in their final game.

RGC will be hoping to bounce back when they travel to face the Ospreys on 6 February. When they entertained the Scarlets they couldn’t have got off to a worse start as they conceded a try from the first scrum that was conceded by kicking the kick-off directly into touch.

Wing Rob Muirhead replied with the first RGC try, but the home side found themselves 24-15 down at the break despite a second try from Owain Evans. Tomos Hughes then grabbed a brace of converted tries to make it 29-24 to RGC before Paddy Nelson drove over for another home score to complete a famous victory.

The Dragons launch their campaign on Wednesday, 26 January at Ystrad Mynach against the Ospreys. They will be hoping to build on the six try, 38-12 win they enjoyed over Bristol U18s in a warm-up fixture. 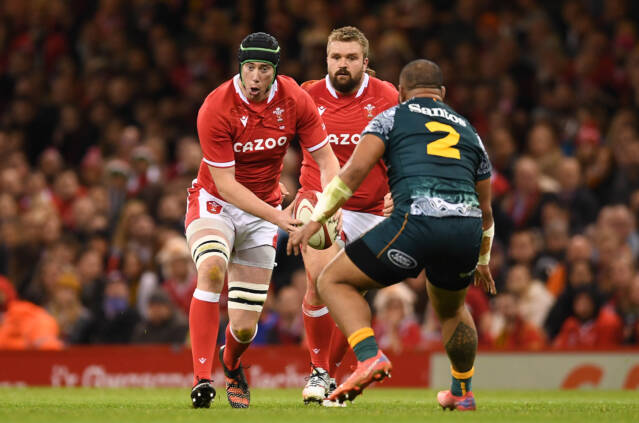 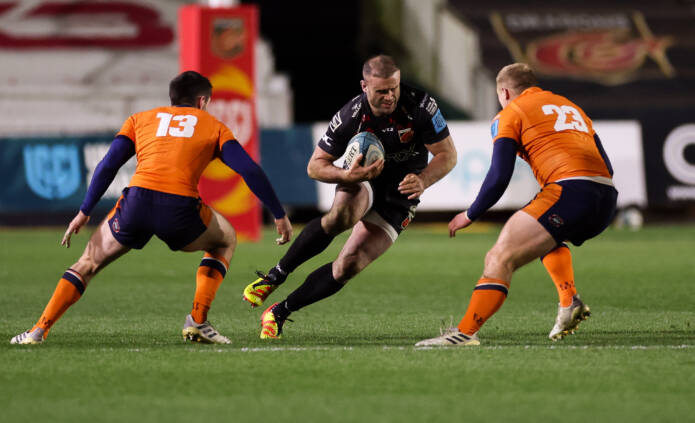