Cardiff Rugby and Wales full-back Hallam Amos caused a shock last week when he announced he was retiring from professional rugby at the end of the season aged just 27.

Amos has been studying to become a doctor alongside his career at the highest end of the sport but will call it quits on his on-the-field career come the summer.

Amos won 25 caps for Wales scoring six tries and he featured in two Rugby World Cups in 2015 and 2019 after making his debut against Uruguay in Cardiff in the first of those two tournaments.

The man who started his career with the Dragons was also part of the Wales squad that won the 2019 Six Nations Grand Slam and the 2021 Six Nations Championship and Triple Crown.

Here, Amos explains his decision behind stepping away from rugby… 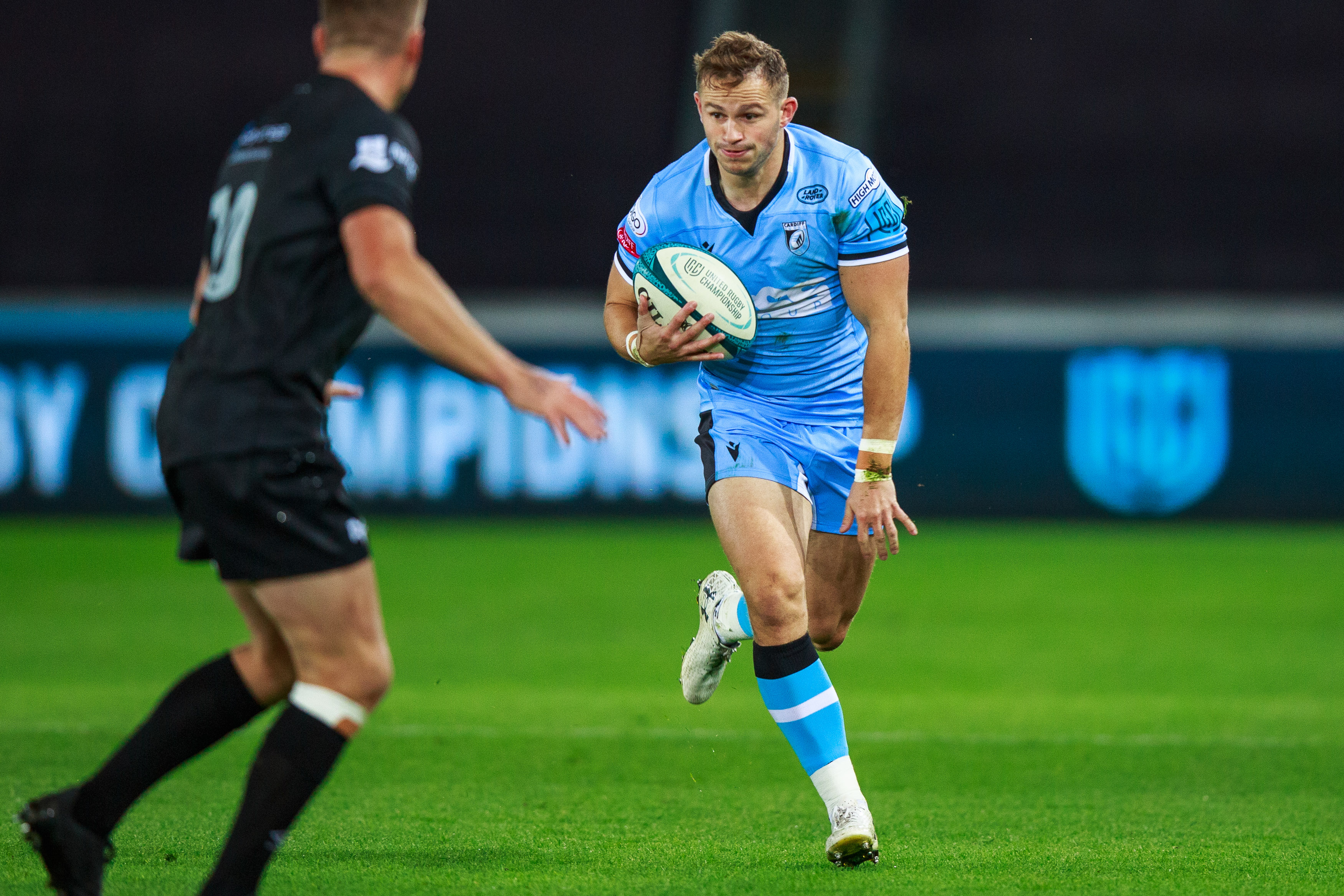 This season will be Hallam Amos’ last with Cardiff Rugby

Question: How are you feeling after the announcement?

Hallam Amos: “I am fine but I guess it was not a shock for me. I always knew this day was coming. When I announced it I was actually on placement in hospital. We had agreed I would put it out at 6pm so I was back into placement then so I could not look at my phone.

“When I get home a few hours later the messages were incredible. Everybody was just overwhelmingly positive and it’s been nice what everyone has said.

“I have had messages from coaches and players from throughout the years and it has been great to reminisce over my time in rugby.

“It cemented in my mind it was the right decision.”

Q: What were you doing when announcement was made?

HA: “I am in the Heath at the moment and the junior doctor I am shadowing he is in MAU which is the medical assessment unit. People come into A&E and the doctors there will stratify them into whether it’s a surgical or medical problem.

“These are the medical patients and they are basically getting assessed when they first come into hospital. I was with him and because I play rugby means I can’t have a nine to five placement as a lot of medical students do.

“If I can do on call shifts here and there, I will try and pick them up because it gives me a chance to see things out of hours and do more than I was able to do.

“It’s not every week but last week that’s where I was for the week because he was there and he has been brilliant for my learning.” 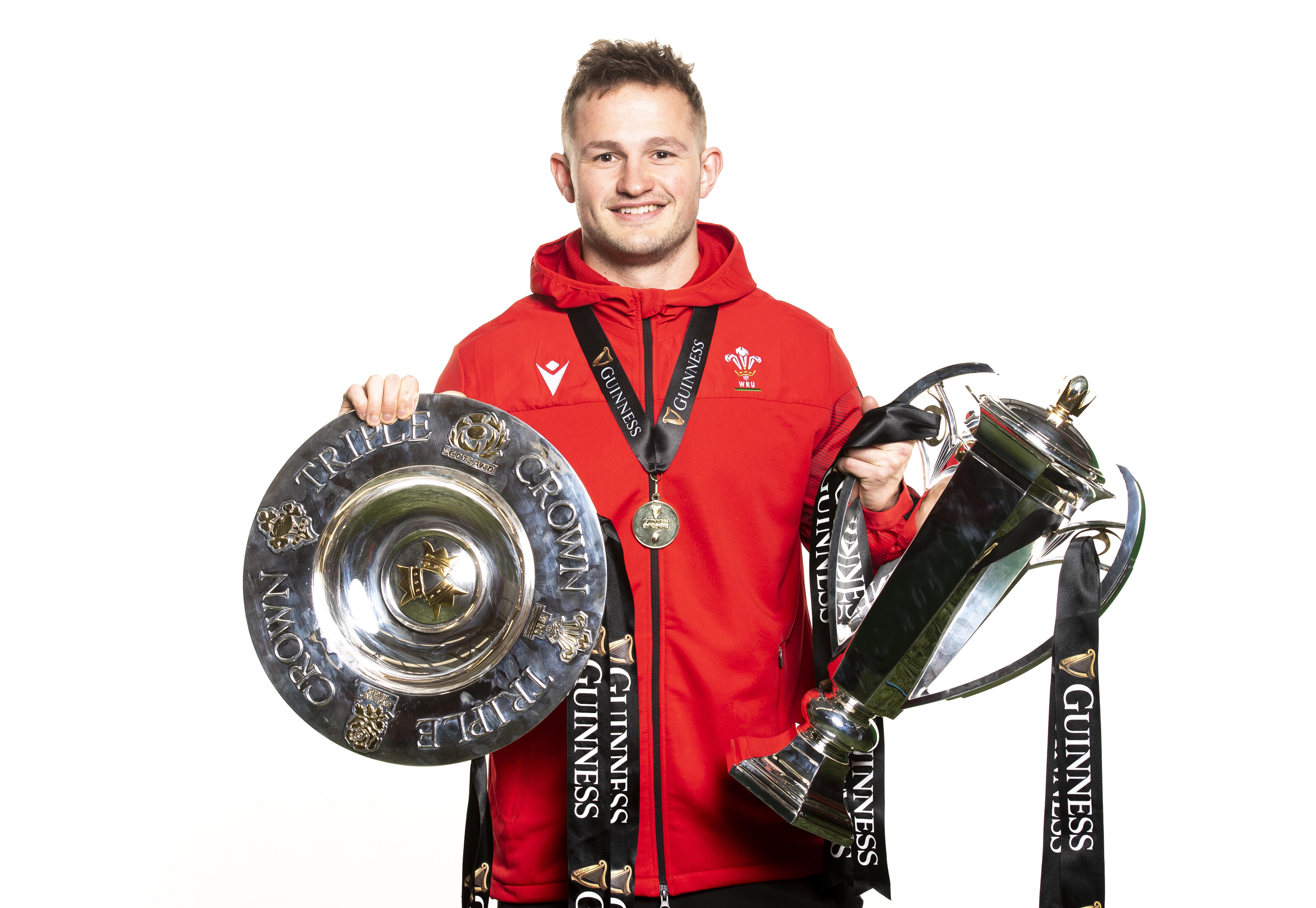 I always knew this day was coming. When I announced it I was actually on placement in hospital. We had agreed I would put it out at 6pm so I was back into placement then so I could not look at my phone

Q: Do people recognise you in hospital?

HA: “Occasionally. At the moment I deal with a lot of geriatric patients who maybe don’t recognise me as much.

“There have been wards I have been recognised, the masks help behind the mask. It’s out of context. I will get some patients where they will give you a look where they can sort of recognise me but can’t place me without the short shorts on and the togs.

“I am lucky I am not like Jamie Roberts where I am six foot five and look like a rugby player as much as him. I think I get away with it a bit more.”

Q: Talk us through the decision itself. You could have played in the autumn internationals for Wales but was it important you told Cardiff and Wales as soon as possible?

HA: “Yes. Especially with Cardiff I wanted to tell them early because I know in the past, I have been deep into contract negotiations as this time of year and I wanted to give Dai and the guys a chance to find my replacement and know their whole budget for next year so they know what their squad make-up will look like.

“Welsh rugby is not particularly a big world so once I had told Dai and the other coaches here I know it was only a mater of time before other people in Welsh rugby knew and I wanted to be the one to tell Wayne myself.

“I guess it is a little bit of a sacrifice in terms of this autumn. There are no guarantees but I may have been involved especially with the injuries across the back three but I have had incredible experiences.

“While it would have been great to play these games, I have played the All Blacks in Cardiff and the other nations. It just sat better with me, the right thing to do was to tell people early so then they can plan for the future.

“It is not purely altruistic, it’s nicer for me the pressure is off with that decision out in the open.”

🗣 Last week, Cardiff Rugby fullback @Hallam_Amos announced that he will retire at the end of the season to focus on a career in medicine.

We sat down with the @WelshRugbyUnion international to discuss his decision, his future and his determination to finish on a high. pic.twitter.com/hYkePLy5bZ

Q: Did you know in July Wales against Argentina was your final international?

HA: “I had an inkling, I made sure I took it all in. I have got a photo-based memory anyway so I was trying to take snapshots in my mind with everything that was going on as I ran out the tunnel and while we did the warm-up.

“During the game often things whizz by but definitely in the build-up I tried to enjoy it and remember as much as I could.

Q: What is your favourite Wales memory?

HA: “Probably the game against England in the 2015 World Cup even though I got injured.

“Both coming out of the tunnel and the anthem was incredible and after the game the elation in the changing room was pretty special.” 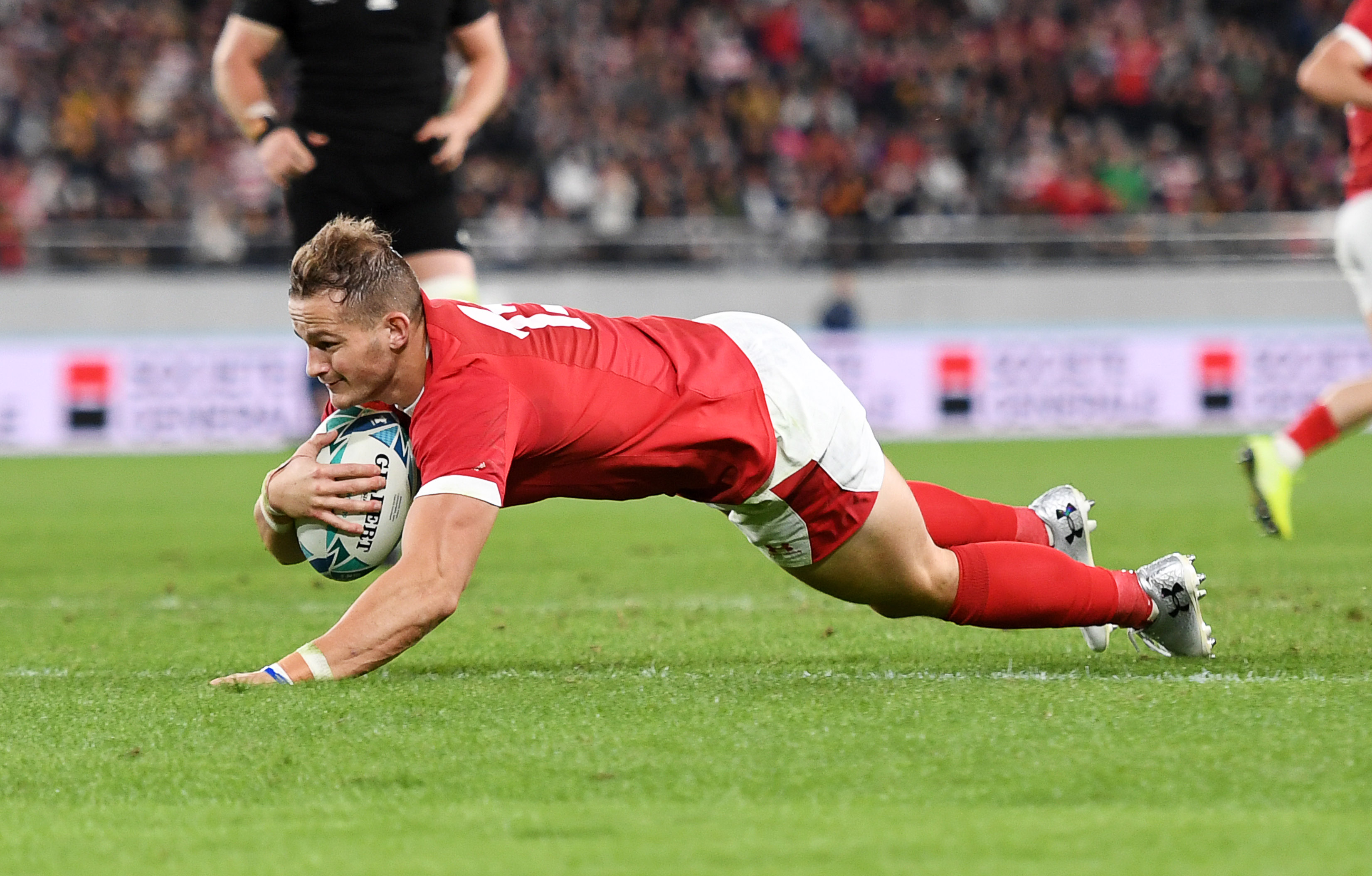 I guess it is a little bit of a sacrifice in terms of this autumn. There are no guarantees but I may have been involved especially with the injuries across the back three but I have had incredible experiences

Q: What are your thoughts on the rest of your last season with Cardiff?

HA: “I am going to try and enjoy it as much as I can. This is the last time I am going to be able to have a job like this where I am essentially doing what I love doing with people I get on well with.

“It’s great what we are building here and hopefully we can put in performances throughout the season and get some results.”

Q: What do you plan on being your medicine speciality?

“I have not thought too much. The way it works you do a couple of years rotation after your degree so I have still got plenty of time to formalise what is best to go into.” 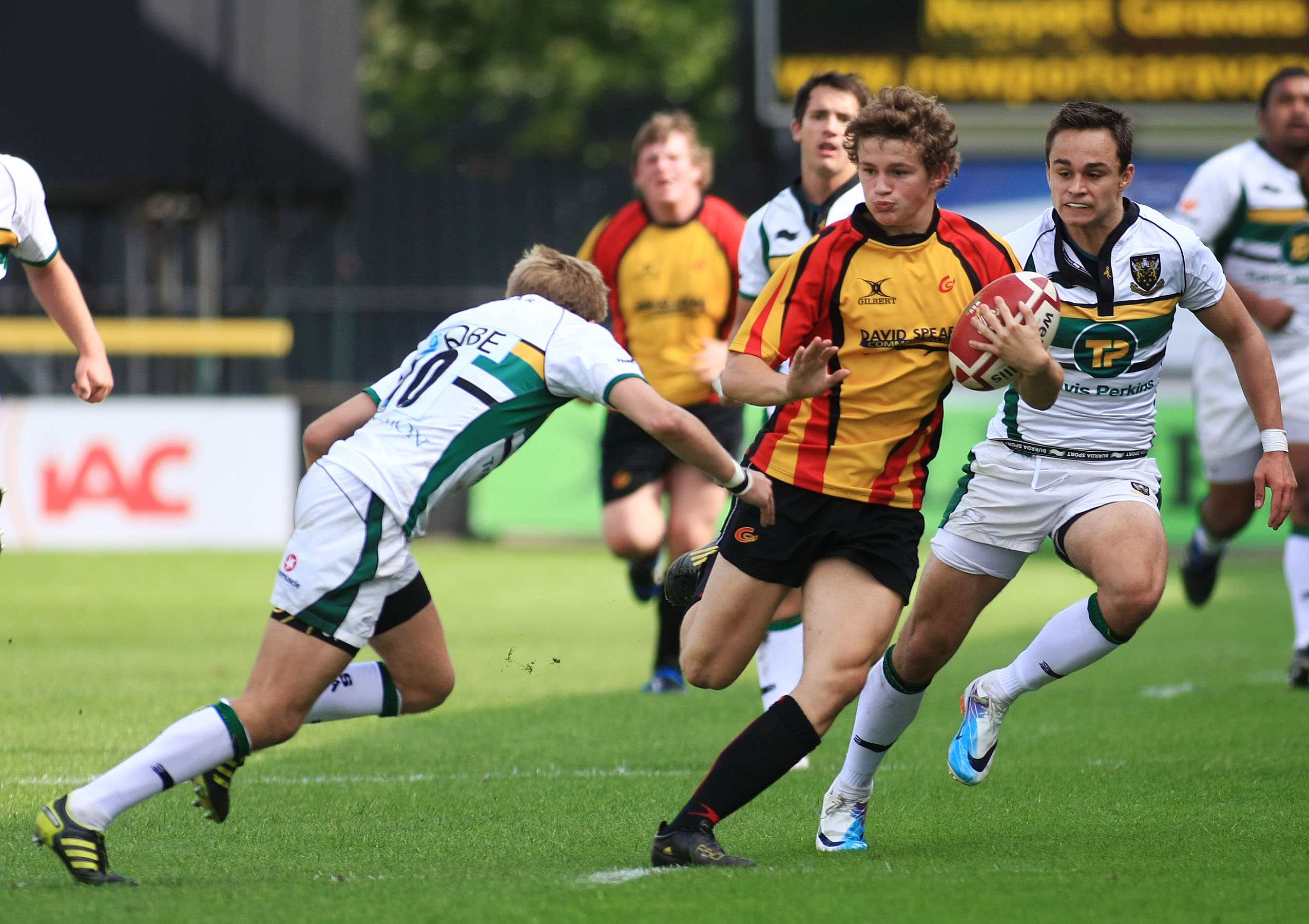 Hallam Amos started his career with the Dragons. Here he is playing for their Under-18 side against Northampton in 2011

I am going to try and enjoy it as much as I can. This is the last time I am going to be able to have a job like this where I am essentially doing what I love doing with people I get on well with

Q: What will you miss most about rugby?

HA: “There is loads I will miss, like playing with my mates. I think the thing I will most is the big occasions, running out of the tunnel and feeling that buzz.

“There are not many things in life that can replicate that. I know a lot of ex-sportsmen try and replicate it in other ways.

“You get people who do incredible running events or try and search for that adrenaline elsewhere.

“When I think of rugby now, looking back over the last 10 years, the bits that stand out are the big games, the big derbies, the big internationals, where all eyes are on you and it’s an incredible adrenaline boost.

There is loads I will miss, like playing with my mates. I think the thing I will miss most is the big occasions, running out of the tunnel and feeling that buzz

“It’s a massive privilege to play a sport that we’d all probably play anyway to do it as a job and to do it with boys who are some of my closest mates.

“Medicine was always what I saw myself doing long-term and the fact I am going to come out of my degree with much less debt than other people, with the experiences I’ve had, with the friendships I’ve made, it’s been a massive privilege and I’m very lucky.” 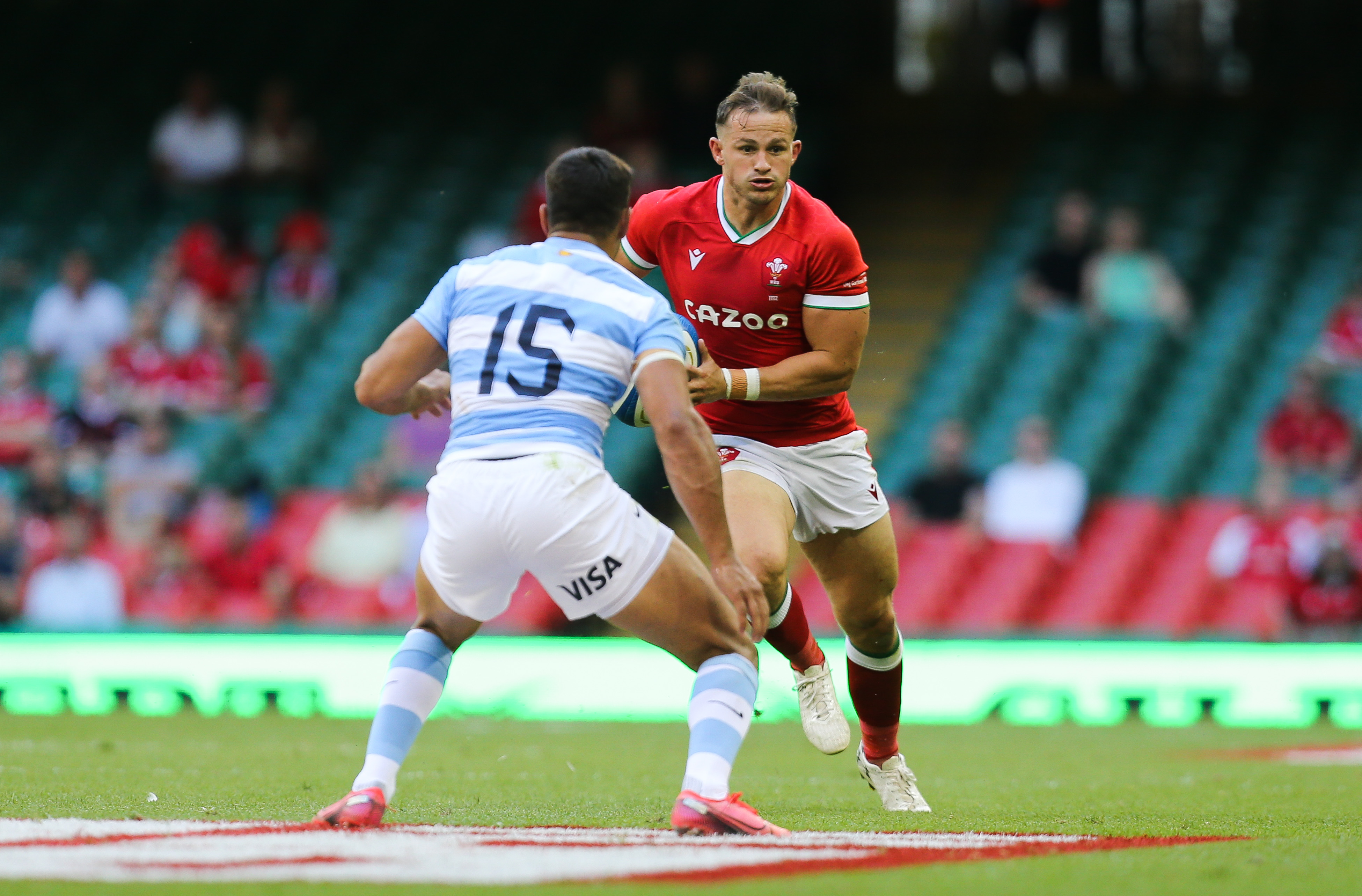 Hallam Amos in action for Wales against Argentina this summer

Q: What was the reaction of Dai Young and Wayne Pivac to your news?

HA: “Dai was very shocked. He was the first one I told. He said it’s not often he’s speechless, but that was one of the times.

“Wayne was great actually. He talked about what he would advise his kids to do if they were in a similar situation.

“They were both very accommodating. I am grateful that they didn’t take the news the wrong way.

“Once I explained the reasoning behind it, how it is hard work when you first start out as a junior doctor and I want to get those years done in my late 20s rather than my late 30s, they were very understanding.

Q: Did you have any second thoughts?

HA: “I thought about it, but there are other boys.

“Johnny (McNicholl) is obviously playing very well for the Scarlets and there are other boys that can fit in that position.

“Nothing in life is black and you always have to weigh up every position.

“But I thought the best thing for me and what would sit best on my conscience was discussing with Wayne and with Dai.

“It was always my thinking to tell them early. With Leigh and Liam going down, it might have changed things. But I just felt it was better to do it the way I did it.

Q: What are some of your future plans?

HA: “I would like to go away for a bit. A lot of my university friends and school mates are in London, so hopefully there for a couple of years and then probably look to come back to this area to do my speciality training a few years down the line.”

Q: What about facing your old team Dragons with Cardiff this Saturday?

HA: “It’s going to be huge and it will be great to see so many old friends. 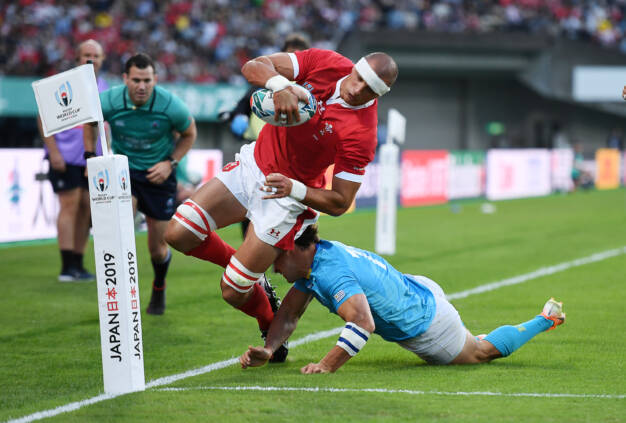 Shingler reaches 200 landmark against all odds 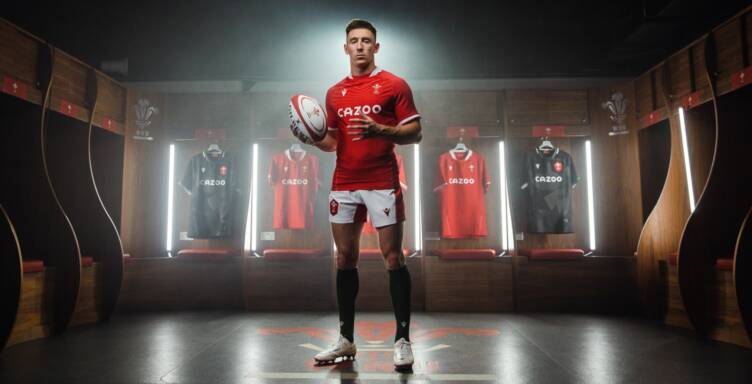