Sam Costelow is relishing his ‘senior-pro’ tag in the Wales U20 camp, but still finds time to get down with the kids by watching Love Island.

This is the Scarlets youngster’s third U20 campaign and he has revealed he and the rest of the squad have relaxed ahead of their Six Nations showdown with England this week by nightly dates with the ITV show – interspersed with occasional games of table tennis.

After watching his old U20 team mate Ben Carter win his first senior cap at Principality Stadium last weekend, Costelow marched his troops back to the team hotel to catch up another player still young enough to be playing alongside them in the current Six Nations campaign, Louis Rees-Zammit, on his British & Irish Lions debut.

But after a double-dose of rugby it was obviously time to chill a little by watching an episode of the highly popular Love Island.

“We went to watch Wales versus Canada as a group and then when we got back we watched the Lions. That kept everyone occupied,” said Costelow.

“Then it was Love Island at nine o’clock. That’s always a bonus because it is tough being in a bubble

“I don’t think I’ve ever been away from home for this long before, although I have had time away when I was with Leicester. But a lot of the younger boys in the squad haven’t really been away much.

“It’s important to keep the conversations going and to keep the team spirit high. We had a Zoom call the other day with Lloyd Ashley, from the Ospreys, who speaks well about mental health.

“He told us how important it is to have lots of conversations and keep everyone’s spirits high. That’s what I’ve tried to do.”

Welsh fans will be relieved to know that Costelow has also found time to hone his goal-kicking skills, which will need to be at their sharpest if Wales are to spring a surprise at Cardiff Arms Park on Wednesday night against the Grand Slam chasing English team.

Costelow knows all about beating England in the age-grade internationals having done so at U18 level in South Africa and U20 level last season. he also kicked 18 of Wales’ 25 points in their one victory to date in this campaign over Italy.

“I think my kicking is definitely a weapon for us. If you can get three points it starts to put pressure on teams as it keeps the scoreboard ticking over,” he added.

“Ultimately, it’s up to Alex Mann, the captain. I look at him, he gives me the nod and then puts the ownership on my shoulders.”

At Parc y Scarlets, Costelow is able to learn from one of the best kickers in Welsh rugby history in Leigh Halfpenny, but his admiration for men who can combine a running game with a deadly ability to punish the opposition offences goes back to his childhood.

“I started playing rugby when I was four at Pencoed RFC. I liked watching the likes of James Hook and Dan Carter and just generally watching the games they were in,” he said.

“The more I could take on board by watching them, the better. After training at the Scarlets, I’ve been kicking with the likes of Leigh Halfpenny and picking up loads of tips up from him.

“It’s great spending as much time with him as possible. It’s important to pick up lots of advice – it helps you find the consistency that every kicker is looking for.

“I’ve been doing it for years and the extra work you put in is all aimed at making it feel like second nature when you have to do it for real in a game. It is what makes it easier to be at your best in a game situation.” 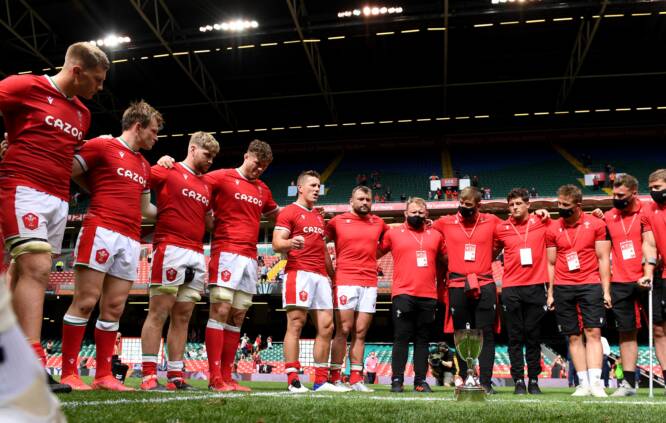 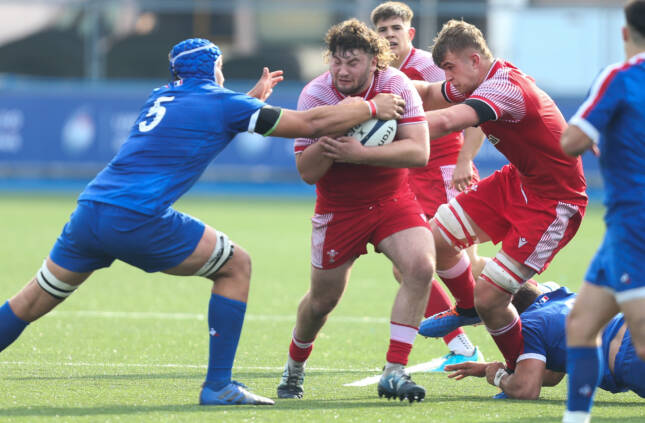