Ioan Cunningham’s Wales Under-20 side take on England Under-20 in the fourth round of the junior Six Nations at Cardiff Arms Park on Wednesday evening (kick-off 8pm).

After a win over Italy and defeats at the hands of Ireland and France, the junior Wales team meet an England side who are chasing a Grand Slam after three wins from their three games so far.

You can follow all the action live below from 7.15pm…

Good evening and welcome along to tonight’s live coverage of Wales against England in the fourth round of the Under-20 Six Nations.

Stay tuned for all the build-up to the big game with the action kicking off at 8pm.

Wales under 20s will be looking to get their Six Nations campaign back on track this evening after consecutive defeats against Ireland and France respectively. 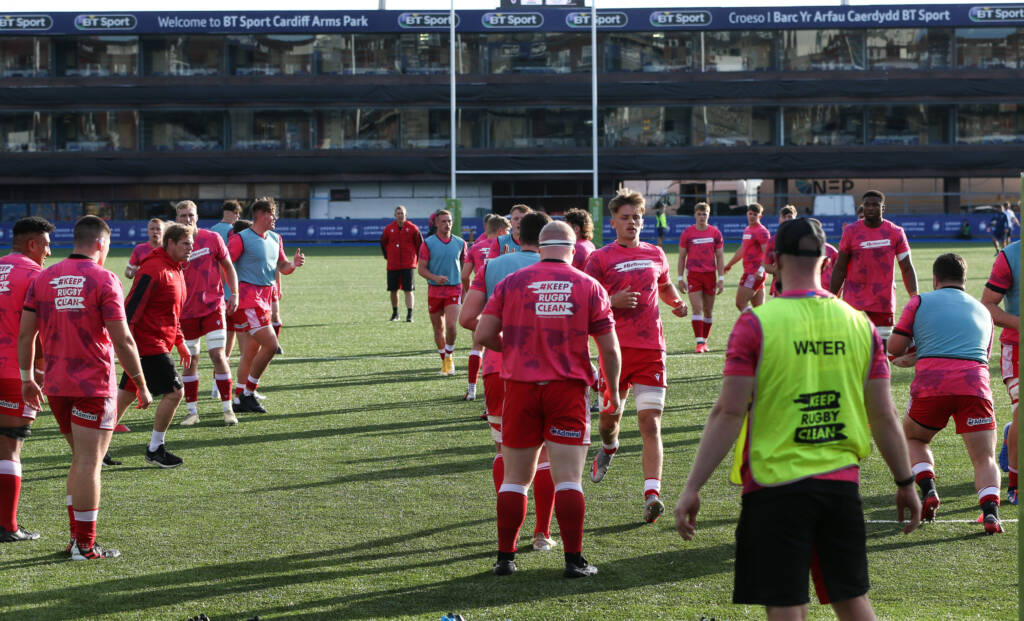 The Wales team warms up ahead of the match against England

This will be a tough assignment for Ioan Cunningham’s side who are up against a powerful England outfit who are chasing a Six Nations Grand Slam.

Both sides are out on the field ready for the national anthems.

We are underway here at the BT Sports Cardiff Arms Park as Sam Costelow kicks-off.

1 min – Wales 3 England 0 – Sam Costelow puts Wales ahead from the kicking tee after a mere minute of the game.

5 mins – Wales 3 England 7 – The visitors hit back with Jack Clement touching down from short range after a powerful driving lineout. Fin Smith converts from the touchline.

Wales skipper Alex Mann has been excellent so far. A real menace at the breakdown.

Wales have only had 14% of the possession so far. That will have to change if they are to get back into this game.

Better from Wales who are able to build some pressure in the England half.

The hosts need to find a way of competing with England at scrum time because at the moment the visitors are having a field day at the set-piece.

It seems like Christ Tshiunza is everywhere! Huge work rate from the big blindside.

A change for Wales with Efan Daniel coming on to replace Ollie Burrows.

Just when it looked as if England were about to claim their fourth try a magnificent steal from Christ Tshuinza at the lineout keeps Wales in the game.

Yellow cards – Both Efan Daniel (Wales), and Harvey Kindell-Beaton are both sent to the sin bin after some handbags.

We are back underway here in Cardiff. 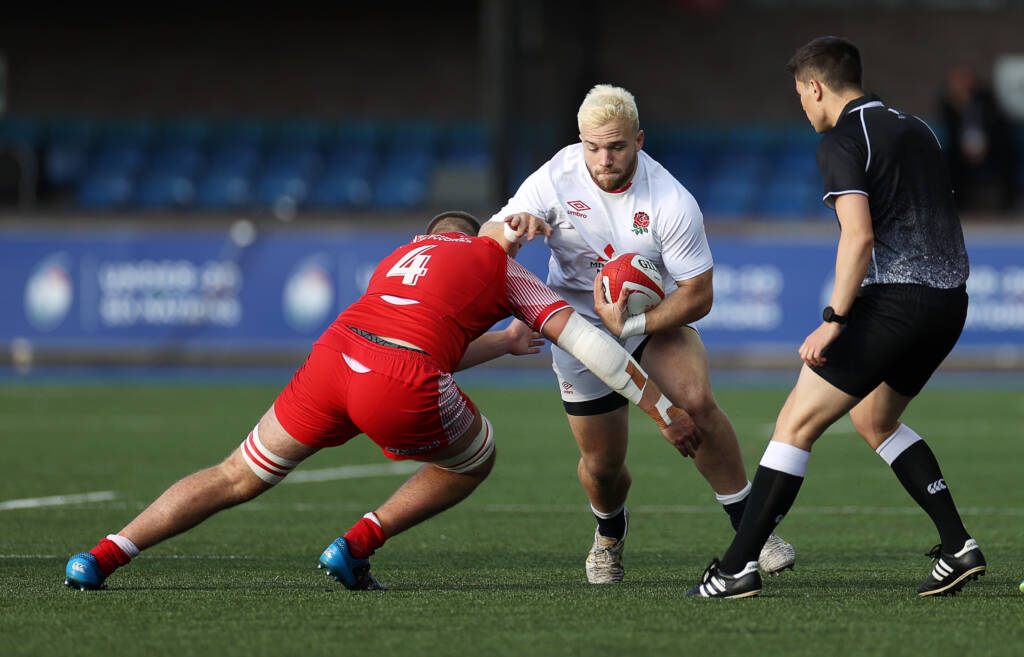 57 mins – Yellow card – Christ Tshuinza is sent to the sin bin for a high tackle.

Wales are trying really hard but it’s hard to cope with England’s physicality. 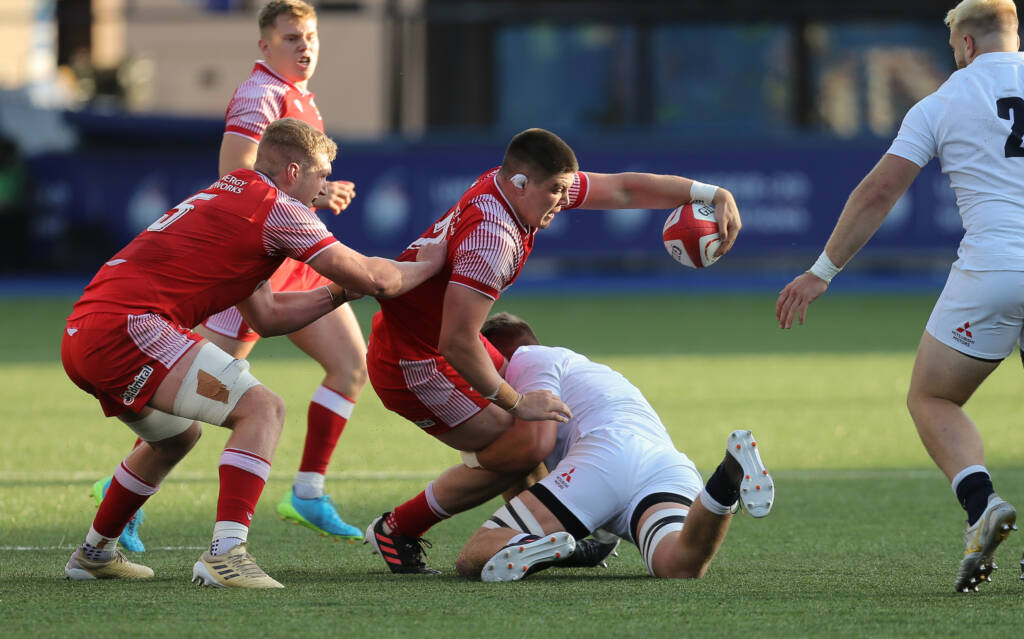 Oli Burrows of Wales is tackled

England prop Fin Baxter has been named man of the match.

80 mins – Wales 3 England 43 – Merrigan crosses for his second try after another well-constructed driving lineout from the English. 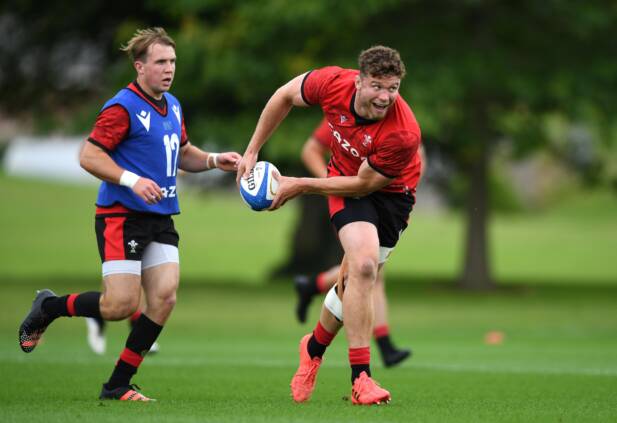 Rowlands and Wales ready for step up 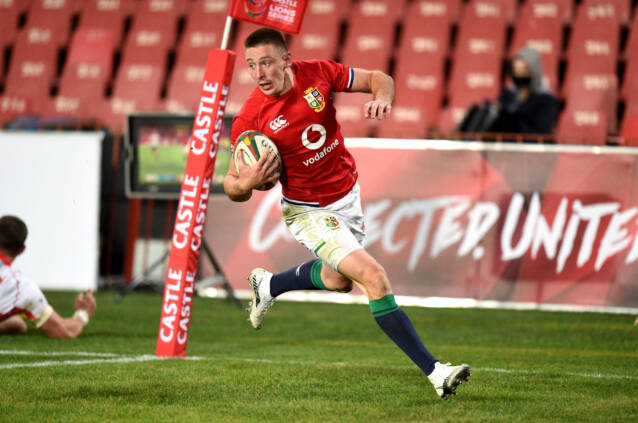