Saturday’s game will be the 32-year-old’s 96th Welsh appearance but combined with his four Tests for the British & Irish Lions, it will see him reach the magical three-figure mark.

Since making his international debut against South Africa as a 19-year-old in 2008, Halfpenny has played at the highest level for 13 years.

Here, the Welsh rugby world pays tribute to his achievement… 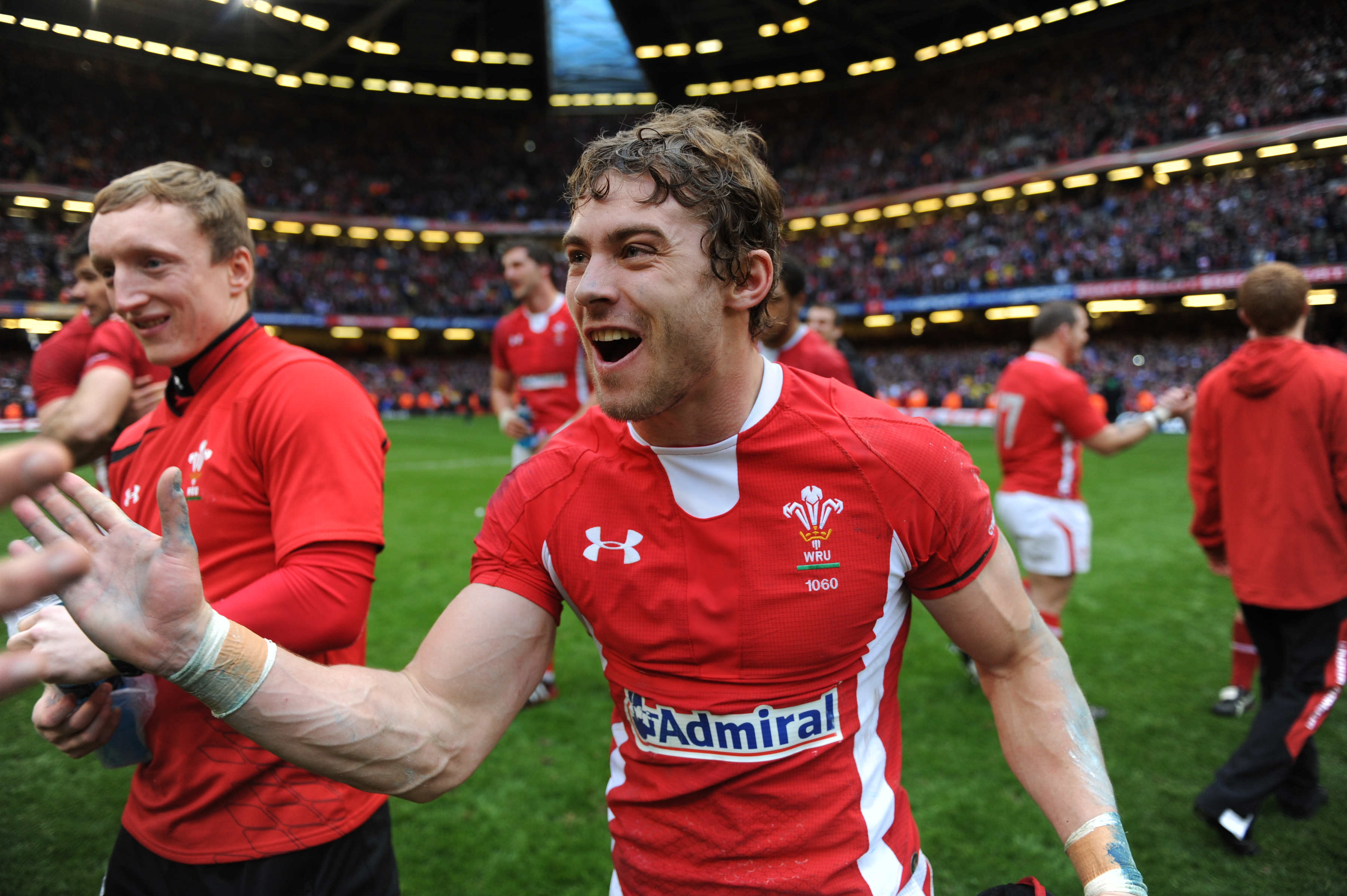 “It’s huge for any player, especially in the modern game with the brutality of the sport and for a guy his size. He’s not the biggest bloke, but he looks after himself well.

“It speaks volumes of his professionalism, the way he recovers after each effort, and the way he prepares himself mentally and physically for the next challenge.

“He’s a good one for these young guys to get alongside in training – to see how a true professional operates, the time he puts into his body, and the homework he does.

“A guy like Tommy Rogers has had a bit to do with Leigh in club football and with Jonah Holmes as well, who’s in good form for his club, it’s an exciting back three this weekend.”

“He does it through his actions. He’s one of our most experienced players.

“When you’re a young player coming into the squad and you’re looking at a guy playing his 100th Test but is so diligent around his rehab, what he’s looking at on the computer, and what he’s doing after training, that’s great for them.

“He’s an incredible role model for any young kid. That’s what you want, people realising this is the standard, this is the culture, this is what I need to do if I’m going to get anywhere near that guy.

“As you probably see, Leigh is a quiet guy but you see him mixing with a lot of different people here.

“He’s an incredible role model, not for what he says, but what he does.

“I can’t speak highly enough of him. He impresses me with how humble he is with regards to what he has achieved and that’s not a false modesty. 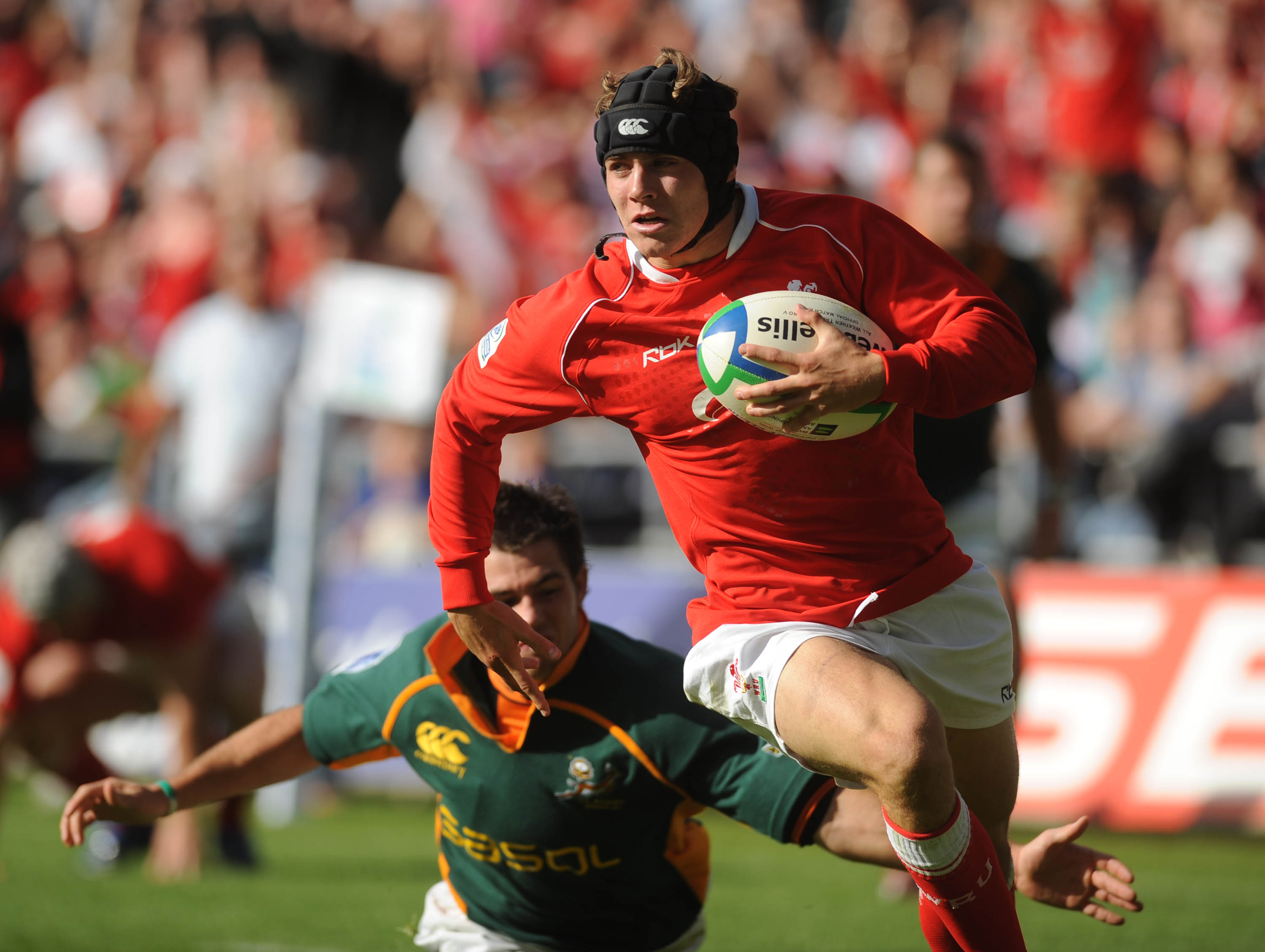 Leigh Halfpenny in action for Wales Under-20 in 2008

He’s an incredible role model, not for what he says but what he does. I can’t speak highly enough of him. He impresses me with how humble he is with regards to what he has achieved and that’s not a false modesty

“Leigh is probably one of the most professional players I have ever come across in terms of  his diligence in everything he does.

“He is one of the last on the training field and he is just a great professional. I am over the moon for him as 100 Tests is something that should be celebrated highly.

“He’s been a great mate. He has won me quite a few medals over the years so I owe him a beer or two!

“He is great fun on and off the field. With the way he prepares and gets ready for games, I think it’s great for the young boys in the squad to see how much it takes if you want to be at the top of the game for a long time. He shows the amount of work you have to put in.”

“You talk about dedication and commitment and how Leigh prepares for an international game is second to none.

“When you’re at the stadium and you see how hard Leigh works in an international game, he deserves all the accolades he gets.

“I know it’s 100 Test caps including the Lions so it’s not 100 Welsh caps yet, but I’m delighted for him and his family.

“He prepares for any international as if it’s going to be his last and I think that speaks volumes of Leigh’s ability to play the game in both attack and defence.” 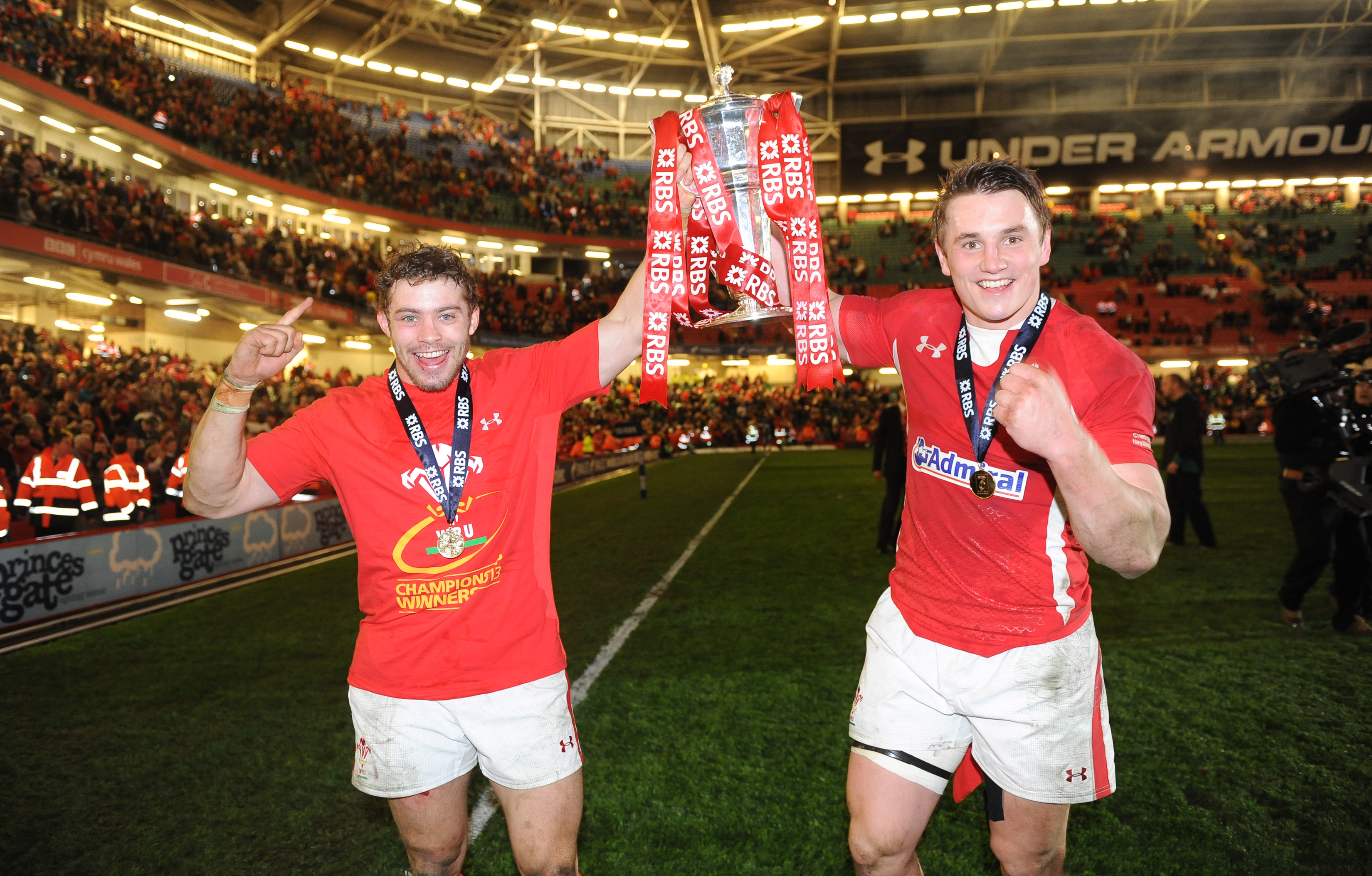 Leigh Halfpenny and Jonathan Davies after winning the 2013 Six Nations 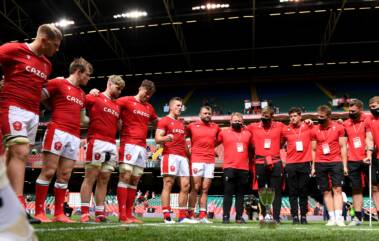 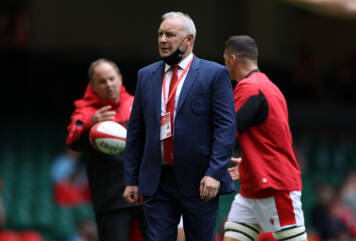 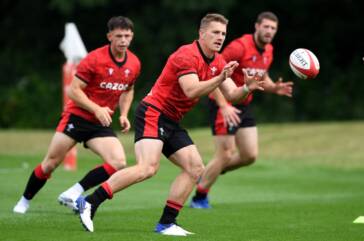 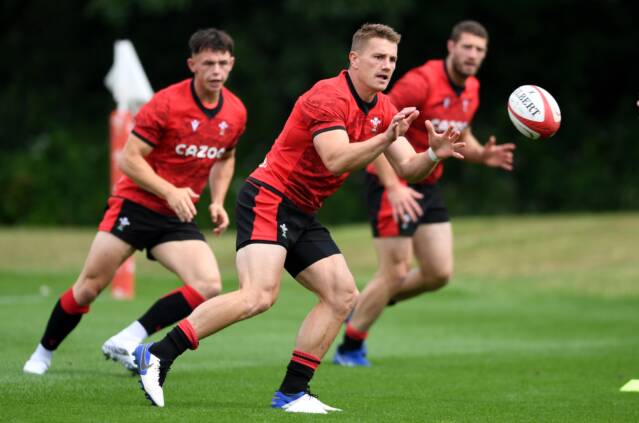 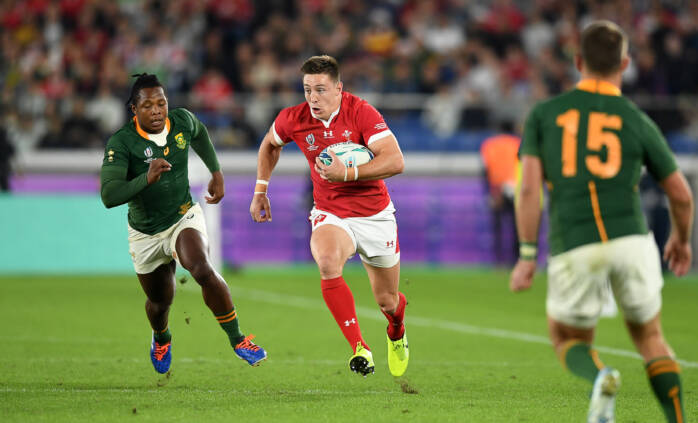 Four tries for Adams, but no cigar!