It was third time lucky for the first Welsh international rugby team when they finally made their bow on the Test stage on 19 February, 1881.

The game had been moved twice before, but eventually England and Wales got it on at Mr Richardson’s Field in Blackheath. Lucky for some, maybe!

The fledgling Welsh team, assembled by the amazing Mr Mullock of Newport, were completely and utterly annihilated. The final scoreline in modern terms would have been 82-0 courtesy of 13 tries, seven conversions and a drop goal. At the time it was merely a hollow victory for the home side. 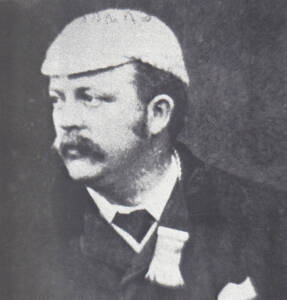 But the scoreline was immaterial and the game was crucial in the development of game in Wales, a watershed moment from which everything changed. A month later the Welsh Football Union was formed at the Castle Hotel, in Neath, and the next time Wales stepped onto the international arena it was with a fully representative, properly selected side. They headed to Dublin and beat the Irish in 1882!

While this month is the 140th anniversary of what is now recognised as Wales’ first international outing, the Rugby Football Union is celebrating its 150th birthday. They began playing internationally in 1871 and have remained a force in the Home Nations, Five Nations and now Six Nations tournaments.

Not that they have had it all their own way – far from it! England led Wales in the series of international matches until 1907, when Wales’ first ‘Golden Era’ was just getting into full swing. After that, there were never more than two wins separating the sides until 1925. England then stayed in front until 1970 when Wales raced ahead in their second ‘Golden Era’.

But back to that first meeting in Blackheath, for what was the 18th international match played by England. The home side had only two new caps, while the team assembled by Richard Mullock suffered all sorts of problems.

Contact with English clubs had only just begun with teams in Wales, although the South Wales Football Union, created in Brecon and the forerunner of the WFU, had been playing sporadic fixtures against teams in England since its formation in September, 1875.

The first inkling of an international match against the English arose in a meeting that took place at the Tenby Hotel, in Swansea, in March 1880. There is no record of who attended the meeting, or what was proposed, but in ‘Fields of Praise’, the superb official history of the WRU publish in 1980 to mark its centenary, Prof Dai Smith and Gareth Williams wrote: “he (Mullock) left the meeting under the impression that he had been given a cautious mandate to open direct negotiations with the English RFU to arrange a full international between England and Wales, and to raise a Welsh XV for that purpose.”

On 30 November, 1880, the RFU discussed at a meeting a letter from Mullock proposing a match between England and Wales. After considerable discussion the fixture was agreed and a date of 8 January, 1881, was arranged. Mullock set about trying to select a team to represent Wales and arranged a trial match for late December. 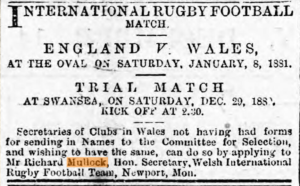 He chose the Australian-born James Bevan, a Cambridge University Blue, as captain of one side, and the Oxford University cricket and rugby Blue, Robert Knight, from Bridgend, to lead the other. Bevan would go on to lead Wales in their first game and is immortalised these days by the prize on offer every time Wales meet Australia, for the James Bevan Trophy.

Optimistically, The Western Mail suggested: “Judging from the number of quality of the names sent in to play in this trial match, visitors to the ground will see one of the best games ever played in Swansea, or even in Wales. The proceeds will go towards the expenses of the London match.”

In the end, the trial never took place. The day before, South Wales met Somerset at Rodney Parade, but Mullock never got the chance to bring together 30 players to give himself the chance to pick a proper team. Meanwhile, the RFU altered the date of the date from 8 January to 27 January. It was then shifted to 19 February, which gave the English team the chance to face Ireland at Whalley Range, Manchester on 5 February. They won by two goals and two tries to nil and eight of the side went on to face Wales two weeks later.

The chaotic build-up by Wales to the game probably had a part to play in their downfall. It didn’t help, either, that the date for the second re-arrangement clashed with the semi-final South Wales Challenge Cup tie between Swansea and Llanelli in Neath. In truth, Mullock could probably have selected a stronger team from those two clubs sides on the day than he took to Blackheath.

In total, the name of 23 players were published in the newspapers as either being in the team, or in contention to play, between 15 January and 19 February. Even the side named on the day of the game showed changes to the one that finally took the field.

Knight (Oxford & Bridgend), D Evanson (Llansoy) and J.W Lewis (Narberth) were all named in the papers as playing, but none of them took the field. In their place came Edward Peake (Chepstow & Newport), who had been named in the initial side, Gordon Darbishire (Bangor) and Edward Treharne (Pontypridd). They had at least all been named among the reserves, along with T. King, W. F. Evans and R. Roderick.

The two teams changed at the Princess of Wales pub and then walked to Mr Richardson’s Field. Leonard Stokes kicked-off at 3.10pm and Mullock had a birds-eye view of proceedings as the Welsh umpire. He wouldn’t have liked what he saw as George Burton ran in four tries, Harry Vassall three and Stokes kicked six conversions in what was the biggest hiding ever handed out on the international stage up to that point. 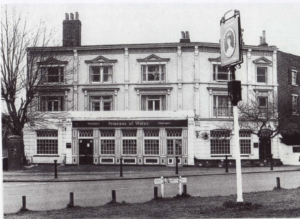 But sometimes you have to see the bigger picture. Had Mullock not stuck out his neck and pushed for the fixture, Wales might still have been in the international wilderness. The carping in the press that followed also played its part in galvanising the clubs and it was no coincidence that within three weeks of the game being played the Welsh Football Union was formed in Neath. Credit where credit is due, Mullock was a magician!

Things are a bit different 140 years on. What hasn’t changed is the desire to play against England. Ever since Wayne Pivac’s team made it two out of two in Scotland last weekend all thoughts have switched to facing England in Cardiff next week. It will be game No 137 and the Triple Crown will be on the line for Alun Wyn Jones and his men.

If they could make it three in a row then it would be a very special way to say a ‘Happy 140th Birthday’ to Richard Mullock, James Bevan and the WFU.

HOW THE WELSH TEAM CHANGED IN THE BUILD UP

WALES V ENGLAND
TO THIS EDITOR
Dear Sir, I observe in your valuable paper of today the list of players who have been selected to represent Wales v England at Blackheath on the 19th inst. By the heading it would appear that Wales, North and South, were represented, instead of this South Wales alone is poorly represented, as out of the 15 clubs who competed the South Wales Challenge Cup only about four of them are represented in the team selected. Are there no good men at Bridgend, Llanelly, Llandeillo, Neath, Pontypridd, Swansea, &c., &c. The last named team are the holders of the Challenge Cup. Again, in the team selected I observe there are men who have formerly played “back” who are playing “forward,” and vice versa, and one if not two to my knowledge, have not played for some two or three seasons. From what I can hear, and my knowledge of the team selected, there is only one man who can “drop kick” effectually, and that only occasionally. Surely the Welsh team do not mean to dispense with “drop kicking,” and trust to their running powers alone, especially in such an important match as this, as, if they are under the impression that they can compete with the English team in the latter they will find they are greatly mistaken, and they have no one to return the drop, as made by Stokes and other Blackheath men. In conclusion, I have just seen a gentleman, who informed me that several of the English team named in your paper of today knew nothing whatever about playing in the match a day or so ago. Could any of your readers inform through the medium of your valuable paper, as to presents the Welsh International Match Committee, as I fear they are not acquainted with many of the Welsh players. Apologizing for the trouble I have given you, I am, &c.,
A WELSHMAN

FOOTBALL
ENGLAND v WALES
Postponed from last month owing to the prevalence of frost, the Rugby Union contest between the chosen representatives of England and Wales takes place today on the ground of the Blackheath Club, at Blackheath. More than usual interest is centred in the match, as it is generally known that the play of the Welsh exponents of the game during the present season has been far superior to that ever shown before, and we shall expect the present fifteen to make a capital fight. The Welsh backs are both good drops and sure tacklers, nor are they deficient in pace; as half- backs Watkins and Knight will be found very useful, both of them having played prominently for their respective clubs during the present season. Of the forwards, Purdon, Phillips, Girling, and Harding will show a good front to the strongest rushes of England, whilst Mann and Williams will be to the fore when the ball is loose. The capabilities of the English team are well known. With few exceptions, they are the same fifteen that opposed the champions of Ireland at Manchester on Saturday last. We shall anticipate a well-contested game, a full report of which will appear in next Monday’s paper
The players selected are the following:
England A. N. Hornby (Manchester), back; L. Stokes, captain (Blackheath), and R. Hunt (Manchester), three-quarter backs; H. H. Taylor (Blackheath), and H. Twyman (Richmond), half backs; A. P. James, G. W. Burton (Blackheath), E. T. and C. Gurdon (Richmond), C. W. Fernandes (Leeds), H. Fowler (Walthamstow), W. Hewett (Queen’s House), H. C. Rowley (Manchester), C. P. Wilson (Cambridge University), and Jackson (Blackheath), forwards
Reserves: T. Fry, W. Richardson, M. Shearman, and Knight 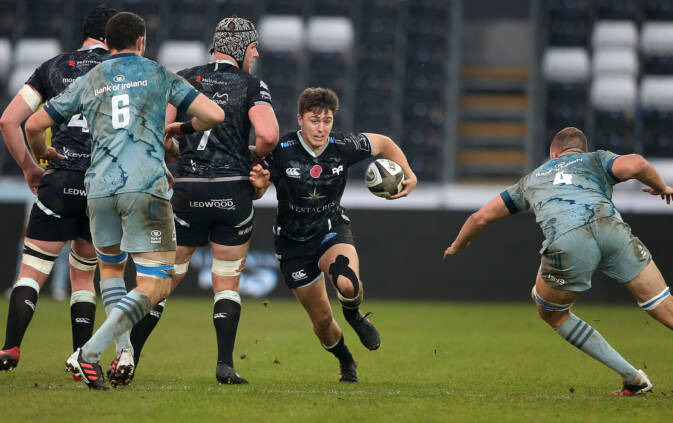 Thomas learning from No 10 brains trust 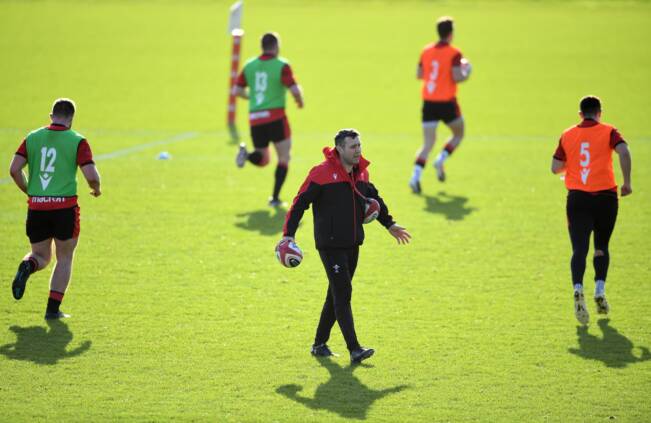 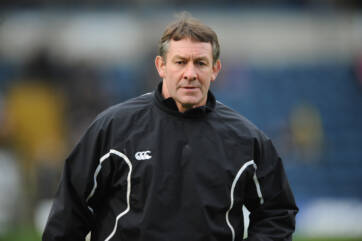 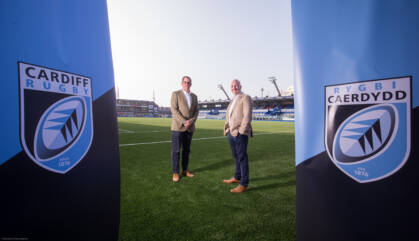 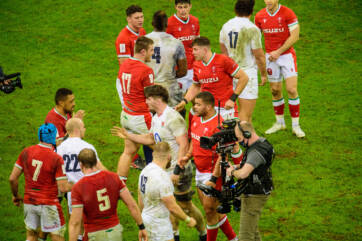 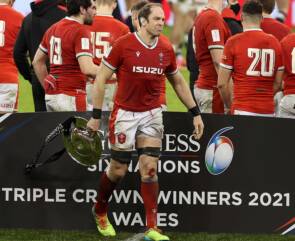