Chief executive Martyn Phillips has confirmed there will be no matches played at Principality Stadium until the New Year, plus an important message for ticket holders for Wales’ postponed final round 2020 Guinness Six Nations clash with Scotland and more … in the latest WRU Status Update:

There has been much commentary in relation to the men’s Autumn Series fixtures. The reality is we continue to juggle a number of unknowns. Whilst we expect to replay our postponed Guinness Six Nations 2020 fixture with Scotland, the competition format and opposition for additional autumn games are yet to be agreed. We hope for news on these fixtures in the coming weeks, but in the meantime have initiated a process to provide refund, credit or donate options to all existing ticket holders for the Scotland game – more details of which can be found below. What is certain is that we will not be playing any home games at Principality Stadium. Our decision to step in to provide a location for a surge hospital at the height of the pandemic, along with the scale of the investment to construct the Dragon’s Heart hospital in the Stadium, has meant that we have agreed in principle to extend the hospital until the autumn. We have yet to finalise a contract on the extension, as, this time, it is a little more complex and there are a number of circumstances that need to be covered. We hope to sign the contract shortly. Assuming games are staged this autumn, if restrictions mean that we are playing behind closed doors those games are likely to be staged in Wales and we are exploring a range of options. If the games can be staged with crowds in some form those games are likely to be in and around London and, again, we are exploring a range of options. The most difficult scenario will be if games are allowed with crowds in England but not in Wales. There are clearly a range of risks here not least Welsh fans leaving Wales to attend a game and then returning. Clearly this risk also occurs for away games. We very much hope that by the autumn, restrictions whatever they be in relation to sports events, are aligned across the UK.On a more optimistic footing, we plan to be back playing at the Principality Stadium, hopefully in front of full crowds against England and Ireland in the Guinness Six Nations in February 2021.In relation to the Community game, I wanted to thank the team at the WRU for mobilising quickly as restrictions relating to the Community game evolved quickly over the past few weeks. We have published new guidance and scheduled a range of webinars which have been well attended. Inevitably circumstances will evolve further in the coming months as we navigate a return to training, clubhouses and ultimately playing.In terms of other Stadium events, 2021 has the potential to very busy as promoters and acts look to return the stage after 2020 was wiped out for large events. We also hope to have our Westgate Hotel open during the second part of next year.  We have inevitably experienced delays but I’m pleased to say these have thus far been kept to a minimum and we are looking forward to adding the hotel to the event day experience at the Stadium.Finally looking to next summer it was positive to be able to confirm that the British and Irish Lions tour will go ahead as planned in July and August next summer. With our Welsh Regions back in action in August, I hope that those games kick start the season that for some will culminate in pulling on the famous red jersey in a Lions test match in South Africa. There is much to look forward to.

And finally… nominees sought for six WRU Council Member positionsNominees are currently being sought for six Welsh Rugby Union Council member positions, where incumbent terms are due to lapse at the 2020 Annual General Meeting in October.
National Council Member, and current chairman, Gareth Davies is set to complete his sixth year in office and will stand for a third and final three-year term.
Five District Council Members, Bryn Parker (A), Dave Young (B), Ray Wilton (C), Chris Morgan (D) and Phil Thomas (E), are also able to seek the approval of member clubs in respective Districts to extend their time in post.
But, as already stated in a letter to member clubs, the WRU is also directly seeking new nominations to create healthy competition in each of the positions and outlines the relevant skills and experience successful candidates will need.
The letter sets the deadline for nominations as 3rd August and reminds member clubs that ‘… today’s Council Member could be tomorrow’s Board Member, so the more diverse the WRU Council is, the better the pool of talent we will have from which to elect our Board and the better Welsh rugby will be for it.’
It’s an issue close the heart of chairman Davies who has confirmed he will stand again for the position of National Council Member after overseeing governance modernisation in 2018 which allowed for the creation of the Council and a more streamlined 12-person Board.
“Hopefully I can offer a period of continuity and stability to Welsh rugby by serving a further National Council Member term during these tough times and, if member clubs decide they want me to do so, I will take up the mantle with as much passion and enthusiasm as I did in my first,”said Davies.
“Thanks to the most significant changes to the governance of the WRU since the game went professional we now boast a smaller, more versatile and dynamic Board and a Council with the specific expertise and remit to safeguard the future of our community game.
“But our work is not yet done in this area and, as we seek new Council Members through the natural evolution of individual member terms, it is vital that we continue to improve both the diversity of background and the variety of skill-sets represented, whilst retaining the 130 years of heritage and history that has made us who we are in 2020.
“We want the WRU Council to be as representative as possible to ensure that it can speak for all of Welsh rugby.
“We would encourage all clubs to look around their club-houses for the individuals and leaders that best represent the communities around them and possess the relevant skills and experience for the role. “Recent elections to the WRU Council have not only produced a range of high calibre and high profile candidates but also improved the diversity, skill set and experience within our governance structures and we are grateful to members for continuing to ‘break the mould’ in this regard.
“Governance modernisation has been designed to improve the diversity of our representation, with the pool of talent available on the Council directly influencing the Board.
“It is vital that we continue with the recent progress we have made in this area and we would determinedly encourage clubs to nominate candidates with this focus and ambition in mind.”
More details here. 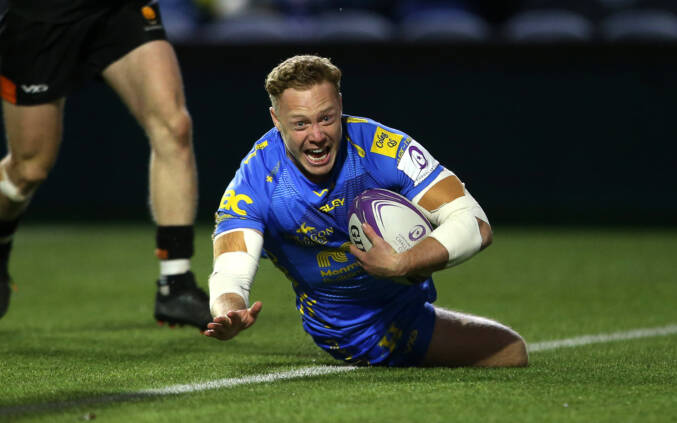 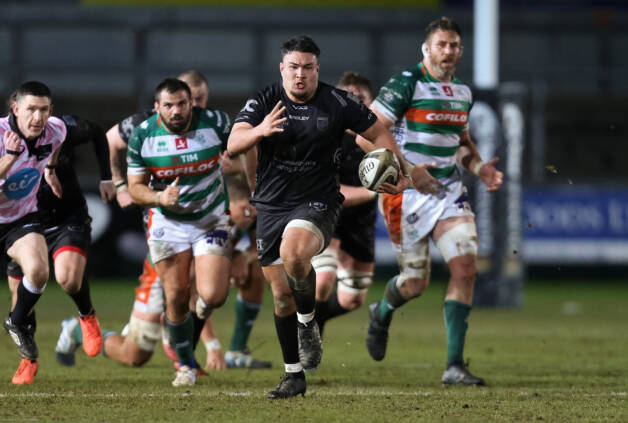