Welsh rugby fans can relive the start of the 2005 Grand Slam campaign along with Dwayne Peel, Dafydd Jones, Shane Williams and Mefin Davies this week when S4C show a re-run of the famous 10-9 victory over England.

That opening Six Nations clash – which is being shown at 9.00pm on Friday night (22 May), in conversation with the four players – has become a classic, best remembered for Williams’s corner try, Henson’s ‘handbag’ tackle on Mathew Tait and then his howitzer penalty to win the game.

Wales head coach Mike Ruddock has revealed that the swaggering confidence of a young Gavin Henson was a crucial factor in setting Wales on the road to the 2005 Grand Slam. Fifteen years ago, Ruddock was sat high in the stands at the Millennium Stadium when his side were awarded a long rage penalty near the end of the game against England.

But it would not have entered national folklore, had Henson not struck a silver-booted kick sailing between the posts from fully 44 metres.

Wales, who snatched an 11-9 win on the way to a first Grand Slam for 27 years, were trailing by two points at the time and there were only four minutes to go.

Nominated goal-kicker Stephen Jones was having a rare wayward day with the boot and so he suggested to captain Gareth Thomas that Henson be given what appeared a win-or-bust shot at glory.

Ruddock – now back in Welsh rugby as the Ospreys’ performance director – had given the green light to a two kicker strategy, but it still all came down to how both players felt when the crunch moment came.

“Scott Johnson and I had discussed the possibility at the start of that season that Gavin was a long-range goal-kicking option,” says Ruddock.

“But if you are back-up kicker, especially when you’re also not kicking the ball out of hand, then you don’t have the regular rhythm and hand-eye co-ordination of the guy who’s kicking throughout the match as the first choice goal-kicker.

“To come up and be that confident and to expect to land a goal from that distance with your first touch off the tee is pretty impressive. It just shows the mental toughness and confidence Gavin had.

“The context was that we were not a team that had won many Six Nations games before that. And we hadn’t won a Grand Slam for 27 years.

“The other thing to remember was that we had played New Zealand in the autumn before of 2004 and lost 26-25 – by just one point. Gavin had taken a kick from pretty much the same position as the one against England, but in the All Blacks match the ball had hit the post and bounced back out.

“That was the difference between the teams that day, but that didn’t bother Gav. He wanted the responsibility because he felt confident.

“Gavin felt he could do it and, in fairness to Stephen and Alfie, they backed him to do it as well. You can only applaud Stephen for stepping back and giving the opportunity to someone else because he felt that was the best option.”

Henson made his kick and the rest is history – a moment imprinted on the national psyche that is discussed on the programme by his four teammates from that game. The victory fuelled the belief in a team that had not previously beaten England at home for 12 long years.

Of the 13 previous matches against England, Wales had won just once – the equally fabled 1999 victory at Wembley, inspired by Scott Gibbs and Neil Jenkins.

In 2005, England were world champions but the captain who had lifted that trophy, Martin Johnson, had departed the scene, as had their coach, Sir Clive Woodward. Andy Robinson had taken over and Ruddock felt it was time for Wales to exploit the ending of one era – and the creation of another.

“I felt that having run the All Blacks so desperately close, we had a very good chance of beating England in that first match,” he said.

“They were an England team in transition, they had lost a number of leaders in their team, and Andy Robinson had not been in charge for very long. But they were difficult to break down and much of the credit for that has to go to Phil Larder who was an exceptional defensive coach.

“Even though they were a team in transition, they still had strong and intelligent systems in defence and they were hard to break down. They didn’t make it easy for us.

“It meant that we were still in danger of losing the game 9-8 with those few minutes left and I would have been really disappointed with that. It would have been a lost opportunity.

“Luckily, we were given one more chance and Gavin took it. It was brilliant for Gav, but it was a deserved reward for the players, the coaching staff and everyone who had worked so hard.

“We had scored a superb try through Shane Williams, but the game had become an arm-wrestle – the type of game Wales didn’t win many of before then. Things were changing and we didn’t look back.” 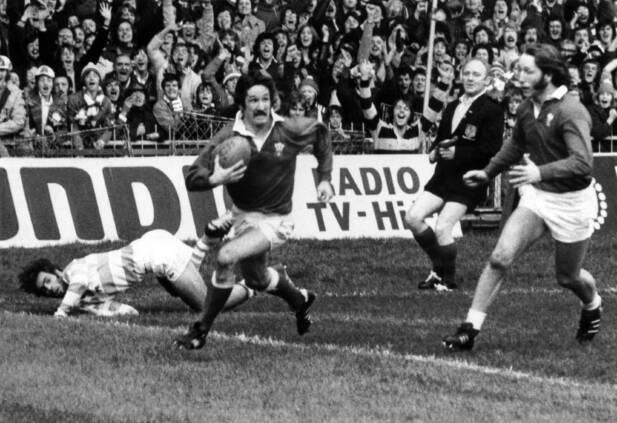 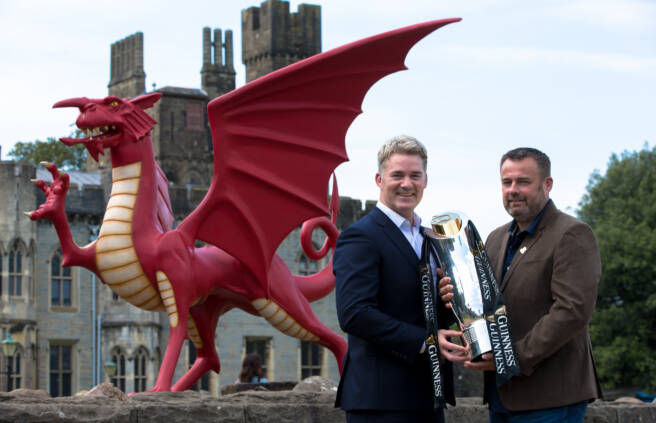