He made history in 1969 by becoming the first player to be used as a replacement by Wales and then went on to become a Grand Slam captain and leader of the British & Irish Lions in 1977.

Phil Bennett had big shoes to fill when he took over from Barry John as the half-back partner to Gareth Edwards. It ended up being a pretty seamless transition – and one of the most profitable in the history of Welsh and Lions rugby

A Welsh replacement from 1969 through to 1972, he got one start at centre for Wales in 1970 before finally getting his chance at No 10 when John was injured for the final game of that year’s Five Nations championship. That gave him a taste of what it was like sitting in an armchair on the end of Edwards’ brilliant spin pass.

PHIL BENNETT’S FIRST START AT NO 10 FOR WALES

Phil Bennett had shadowed Barry John on the 1969 tour to New Zealand and Australia and got his first start as a centre alongside John Dawes in the 18-9 home win over Scotland in the opening game of the 1970 Five Nations campaign. Billy Raybould, the 1968 Lion, then returned for the next two games.

Wales had started 1970 by securing a last-gasp draw with South Africa at the Arms Park. The win over the Scots was followed by a 17-13 triumph over England at Twickenham. Then came a 14-0 defeat in Dublin to wreck any hopes of a Triple Crown or Grand Slam – and seven changes by the Big Five to the team to face the French. 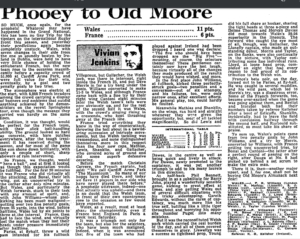 Bennett then got his chance to play in his normal position of outside half in the final game of the campaign, at home against France. The French had beaten Scotland and Ireland and were chasing another Grand Slam to go with their first secured in 1968. They still had to play England in Paris after their trip to the Arms Park.

While Bennett was making his first start at No 10, there were debuts for two of his Llanelli team mates, wing Roy Mathias and lock Stuart Gallacher, and Ebbw Vale centre Arthur Lewis also won his first cap.

It was an interception by Gallacher than paved the way or Dai Morris to score Wales’only try. JPR Williams converted and kicked two penalties, while the French came up with tries from wings Jean-Marc Bonal and Jack Cantoni. 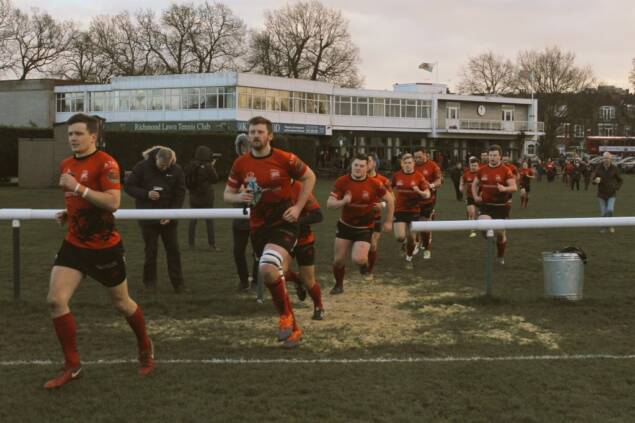 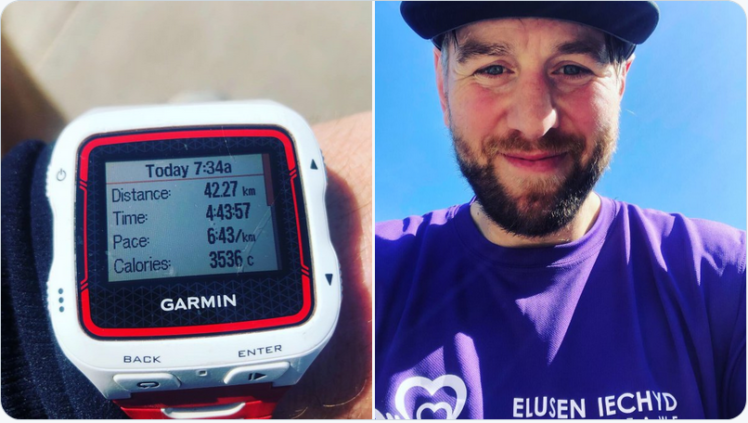 Grand Slammers doing their bit for the cause