His star may only have shone for a few seasons in rugby union, but Lewis Jones made a massive impact in a short space of time. As he celebrates his 89th birthday today, it is worth remembering that he won two Grand Slams and toured with the British & Irish Lions.

He scored 36 points for Wales in 10 internationals and made his debut when at Twickenham when he was only 18. He flew out to New Zealand as a replacement in 1950 to become the first British & Irish Lion to fly – the rest of the tour party had departed by boat – and played in the fourth and final Test in New Zealand and then both Tests in Australia.

In the first Test against the Wallabies in Brisbane he scored a then Lions record 16 points as he became the first Lion to go through the scoring card in an international with a try, two conversions, two penalties and a drop goal.

He would return to Brisbane four years later to set another record. His 10 goals and 19 points in a staggering 38-21 triumph for the British tourists. He made 15 test appearances for the Great Britain side and ended that tour in 1954 with a record 278 points.

The clubhouse at his home town rugby club, Gorseinon, is named the Lewis Jones Sports bar and Grill in his honour. There is a stand and a hospitality suite named after him at Headingley, home of Leeds Rhinos, he is a member of Welsh Sports Hall of Fame Roll of Honour and in the Rugby league Hall of Fame.

Some story, some player! 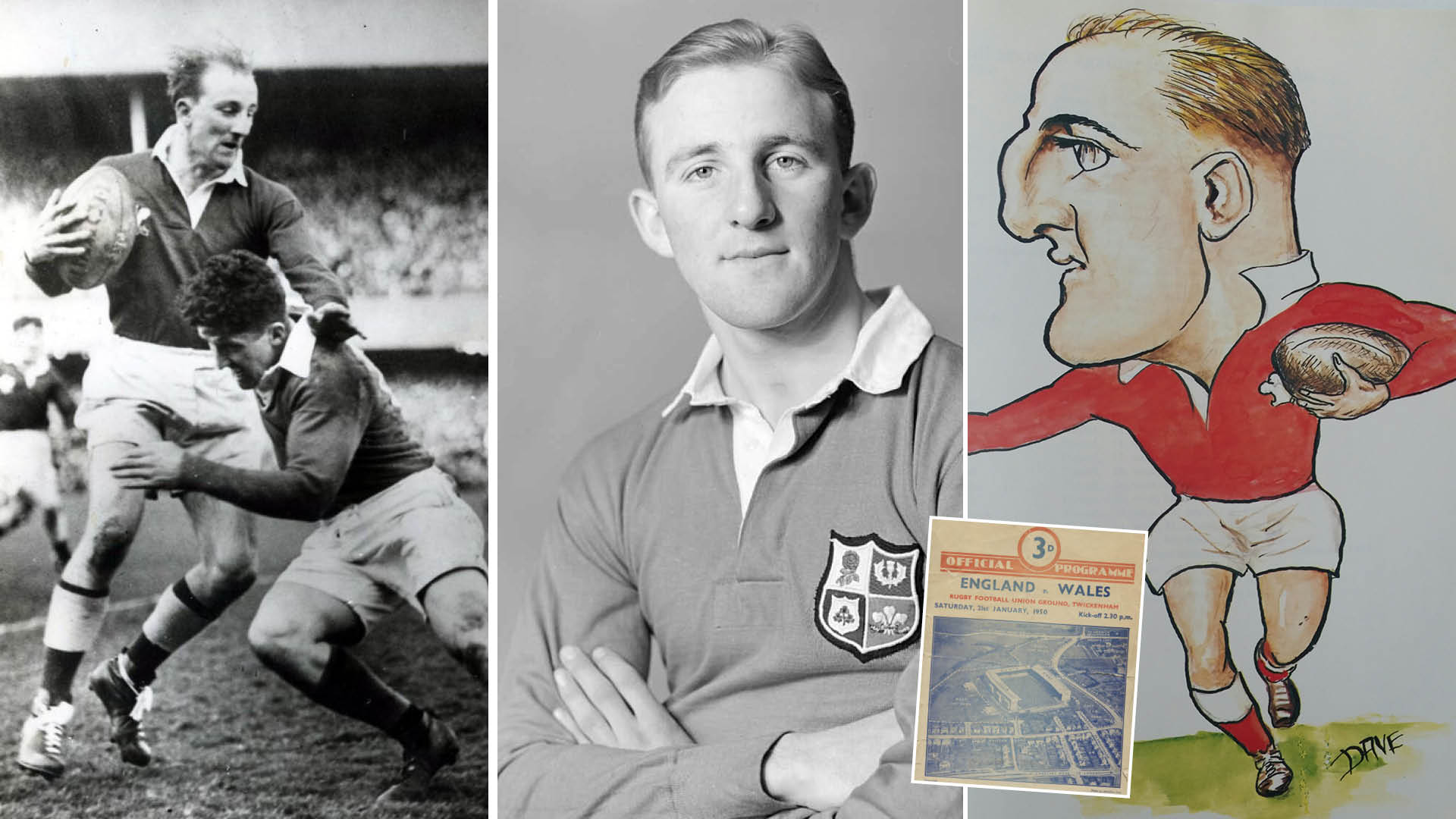 WHERE IT ALL BEGAN

Raised in Gorseinon, he was a product of the same Gowerton Grammar School that produced Haydn Tanner and Willie Davies. He won a Welsh Secondary School cap in 1948 in a side captained by Carwyn James. He also played for the Welsh Schools at cricket. He then went into the Royal Navy on National Service.

He was earmarked to do his time in Hong Kong and was actually on the air craft carrier due to depart for the Far east when someone on shore realised he could play rugby. He was immediately taken off the ship and became a Stores Assistant.

He was earmarked to do his time in Hong Kong and was actually on the air craft carrier due to depart for the Far east when someone on shore realised he could play rugby. He was immediately taken off the ship and became a Stores Assistant.

He played for Devonport Services, the Royal Navy and the Combined Services and played his first game of senior rugby in Wales for Neath. He made his Llaneli debut against unbeaten Maesteg while on leave over the Christmas period in 1949. The Scarlets went down 6-3, but the Llanelli Mercury commented: “If Lewis Jones had not been playing, most of the crowd could have gone home at half-time. He is the sort of centre Llanelly have been looking for.”

As well as a superb rugby player, he was also an excellent cricketer, who played for the RAF at Lord’s and also played Minor Counties cricket for Cornwall. It was while he was playing cricket that he got the call to play for the British & Irish Lions. He was called off the pitch in Plymouth while fielding in the covers and invited to join the Lions as a replacement for Irish full back George Norton, who had broken his arm.

His Wales debut came at Twickenham in the opening game of the 1950 Five Nations Championship. He was still only 18 at started at full back. Wales went on to win the Triple Crown and Grand Slam for the first time in 39 years.

He played at centre for his country and on the wing for Llanelli against the 1951 Springboks. His prodigious talent meant he simply had to be fitted somewhere into any team. 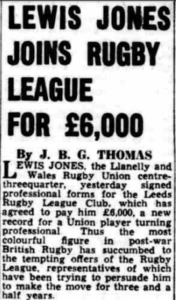 Interest first came in for the future ‘Golden Boy’ of Welsh rugby when he was 17 and playing for Neath. By the time he had won a Grand Slam with Wales and been the highest points scorer on the 1950 Lions tour almost every rugby league team in the country had chased him.

In the end, Leeds won the race and had to fork out a world record fee of £7,000, topping the £5,000 that the Wallaby back Trevor Allan had received from Leigh. Two days after he put pen to paper a crowd of 17,000 turned up to see him make his debut in a 56-7 rout of visitors Keighley.

He marked his first outing in the 13-a-side code by landing seven goals. He went on to amass 1,244 goals and 2,920 points in 385 games for Leeds and ended up third in the all-time rugby league scoring charts behind two other Welshmen, Jim Sullivan and Gus Risman.

He set a world-record points total of 496 in 48 appearances in the 1956-57 season, including 36 tries, and was a Challenge Cup winner at Wembley at the end of that season.

He collected three Yorkshire League titles and the County cup once. He was also captain of the first Leeds team to win the Rugby league Championship in 1961.

He missed out on playing in the inaugural Rugby league World Cup in 1954 after being called up as a Naval Reserve. Great Britain won the title, but at least it allowed him to play a few more games of rugby union for Devonport Services.

He went on to play in the 1957 World Cup and spent six seasons as player-coach of the Wentworthville rugby league club in Sydney, Australia. 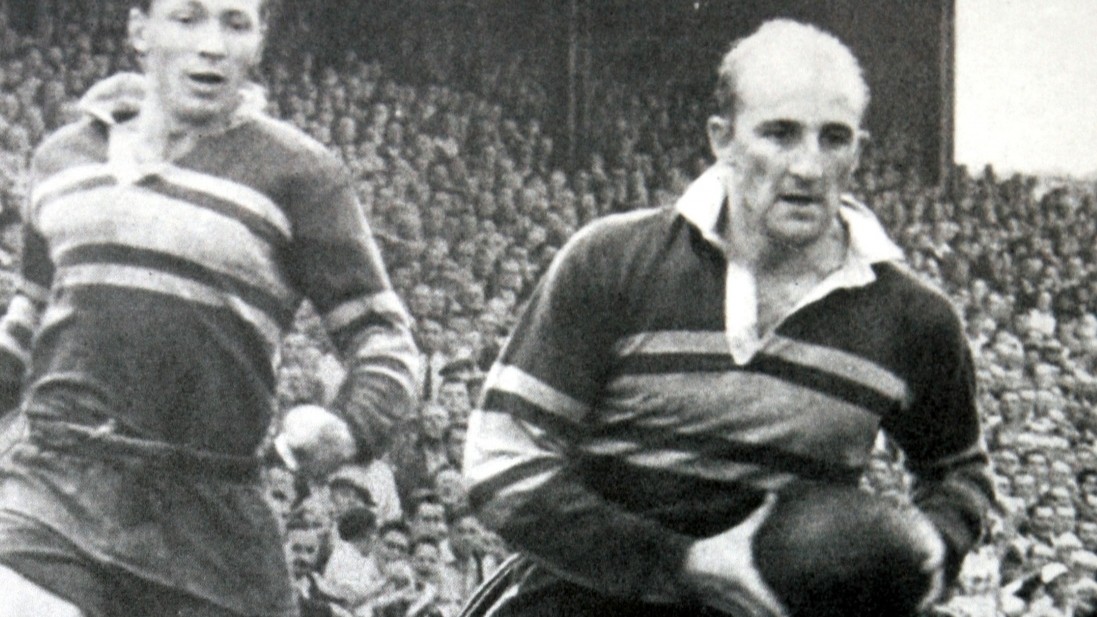 WHAT THEY HAD TO SAY ABOUT HIM

Llanelli Mercury after his departure to Rugby League in 1952
“When Lewis Jones was with us, there were many who criticised his unorthodoxy. After he had gone, there were many more who lamented the loss of the enterprise, the brilliant side step, devastating hand-off, baffling changes of pace and direction, superb goal kicking and fielding of the ball that were among the exhilarating features of his play.”

Sunday Times in 1952 after a Llanelli win over Captain Walker’s XV
“There are few players in any of the four countries who capture the imagination quite as much as Lewis Jones.”

Fields of Praise, the WRU Centenary History
“With a mesmerising variation of pace and stride, hips that oscillated as if on ball-bearings, and shoulders that shrugged and twisted through thickets of tackles, Lewis Jones’s speciality was an Ali-like double shuffle, a scissoring movement of the legs which signalled, too late for his opponents, that he was about to move into a fifth gear.”

Yorkshire Post on his induction into the Leeds Rhinos Hall of Fame
“Jones had an all round game to rival anyone. His change of pace could fool the toughest of defences, he specialised in a gravity-defying ‘hanging pass’ which created countless tries for grateful teammates and when he put boot to ball, he was a master.” 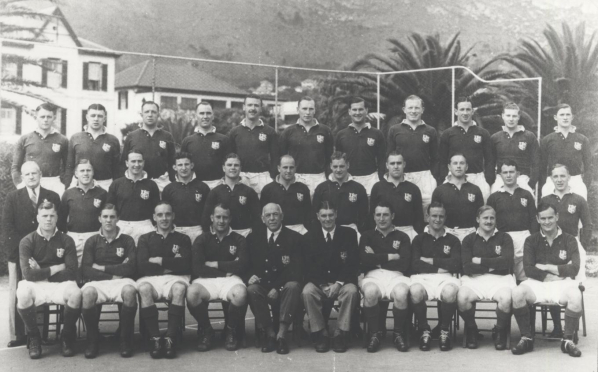 ON THIS DAY: Remembering Bill Clement 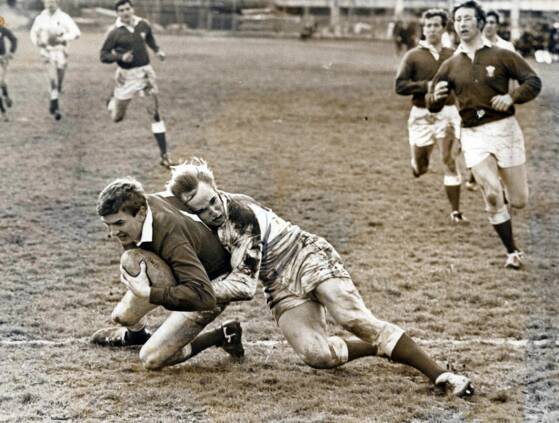 ON THIS DAY: MAURICE RICHARDS GIVES ENGLAND THE RUN AROUND