A new era in Welsh rugby dawns at Principality Stadium this afternoon, but while all the attention will be centred on Wales’ first Guinness Six Nations clash under head coach Wayne Pivac, the team in red aren’t the only ones starting afresh in Cardiff. Italy are in the same boat too.

Today’s opponents have replaced head coach Conor O’Shea with South African and former Newport outside-half Franco Smith – a man who has experience of the Guinness PRO14 having worked with Toyota Cheetahs. Smith is in charge of the Azzurri on an interim basis and is supported by forwards coach Giampiero De Carli and defence assistant Marius Goosen for the 2020 tournament.

There is change behind the scenes, but one of the biggest shifts is on the playing side with Italy’s legendary 142-Test forward Sergio Parisse no longer captain of the side.

He won’t feature on the pitch until the final weekend with hooker Luca Bigi stepping up as captain in his absence. “I’m excited and it’s a big honour to represent my country,” said Zebre forward Bigi.

“To take over from Sergio and Leonardo Ghiraldini is a big challenge for me, but I know I have the support of the players. We have a leadership group that will push the whole team on to do its best.

“We have a new coach with new staff and new ideas. We met up three weeks ago and it’s difficult not to talk about Sergio when talking about the national team.

“At the moment he isn’t with us, but he will be joining up with us soon. It will give him an opportunity to play in front of the fans in Italy because he really deserves it and he is still in touch with all the players. He called me after the big news I was announced as captain and I’m really proud to have received a message from Sergio. It was incredible. It’s the Six Nations after the Rugby World Cup so there are a lot of changes for a lot of teams in terms of staff and players.

“This tournament is going to be different for me because when you prepare for a game as captain you’ve got to think about your work, but also now the team as a whole.

“The staff and Franco as head coach have chosen a seven-man leadership group and they gave me the captaincy. I know the whole team are behind me.

“It’s not only me leading – there are other players who can help me lead the team.”

Italy have endured a barren spell in the Six Nations of late having lost their previous 24 Tests in the Championship. Their last tournament win came away to Scotland in 2015.

That record paints a pretty dispiriting picture, but at the start of a new decade Bigi is hoping things can change with Smith already stamping his mark on the team.

As head coach of the Cheetahs, the former Springboks outside-half adopted an exciting brand of rugby which resulted in his team scoring lots of tries.

Bigi believes Smith’s quality as a coach coupled with the ever improving performances of Italian franchises Benetton and Zebre in the PRO14 stand Italy in good stead.

He said: “We need to be the best we can be. We are playing to win games not just to be competitive.

“We want to play with no pressure and build our game during the week so we can perform well on the pitch on Saturday without pressure. The PRO14 is a tough tournament, but Test match rugby is different. We know we have to be consistent.

“We have to focus on ourselves and we need to retain our confidence. We are preparing thoroughly for the game against Wales.

“Playing in the PRO14 has made a big difference to Italian rugby. I played for Benetton for four seasons before joining Zebre. Over the past two seasons Benetton have made some massive improvements. We reached the PRO14 quarter-finals against Munster and only lost in the last play of the game. Benetton are building nicely. I have now moved to Zebre and we are also improving.

“We beat the Cheetahs at home and we’ve been close to getting to the quarter-finals in the Challenge Cup so we are really improving and working well.

“This is positive for the national team because it gives players confidence coming into camp and that’s great.”

Italy’s addition to the Five Nations in 2000 took the Championship to a new level. In that time they have beaten Wales twice – in 2003 and 2007 – but they have never won in Cardiff.

England remain the only side the Azzurri are yet to get the better of as they celebrate 20 years participating in the tournament. The 2020 Championship will be their 21st involvement.

Wales are their first opponents and the 24-cap Bigi is under no illusions over how difficult a challenge it will be for his side against the reigning Grand Slam champions and Triple Crown holders.

Bigi is expecting an extremely difficult encounter in the Welsh capital.

He said: “Wales did well at the World Cup. They have a really good back-row with Aaron Wainwright, Josh Navidi, Justin Tipuric and Ross Moriarty. The wing Josh Adams is a great player as is captain Alun Wyn Jones. They also have a strong front row with Ken Owens and others.

“I know Rob Evans is back with the team and he’s someone I rate highly. We expect to face a very good Wales team who are really strong at the set-piece.

“They have a new coach too so maybe they will have new ideas as well. It will be great and fun to play against them.

“It will be amazing to lead the team out on to the Principality Stadium pitch against Wales. We will be against the team who won the Grand Slam last year so it will be very difficult.

“We know how tough this tournament is especially away from home, but we are just going to focus on ourselves and play as hard as we can.

“We need to start winning games in this Championship – that has to be the number one goal and I’m sure we can achieve that.”

On going head to head with Wayne Pivac…
“I think there will be a lot of continuity. Wayne is very smart in the way he goes about things. He’s spent five years in Wales and there is a reason why he was appointed after Warren Gatland.”

On what he expects from Wales…
“It’s going to be a big physical challenge again, but I do think Wales will bring a bit of an attacking edge. World rugby is leaning towards a little bit more of a ball-in-hand approach going towards the 2023 World Cup. Definitely the style Wayne played at the Scarlets will be noticeable in the new approach.”

On his first game as a coach at Principality Stadium…
“It’s true there is change with Wales, but we also have change. There will be bumps in the road, but it’s never easy to play Wales at Principality Stadium. After the Welsh performance in the semi-finals of the World Cup it’s going to be a proud team running out there for the first game of the Six Nations. We expect them to be as tough as ever.”

This is an excerpt from today’s Wales v Italy match programme. 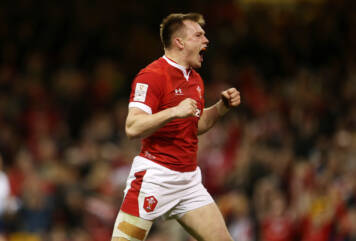 'That was for my gran' says try-scoring Tompkins 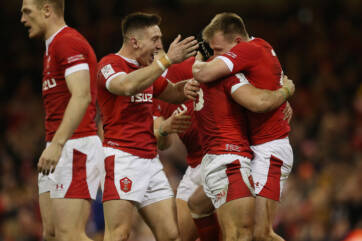 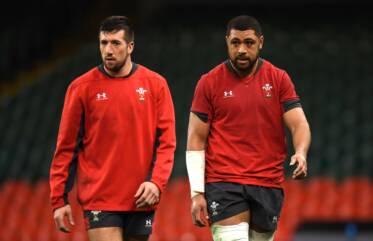 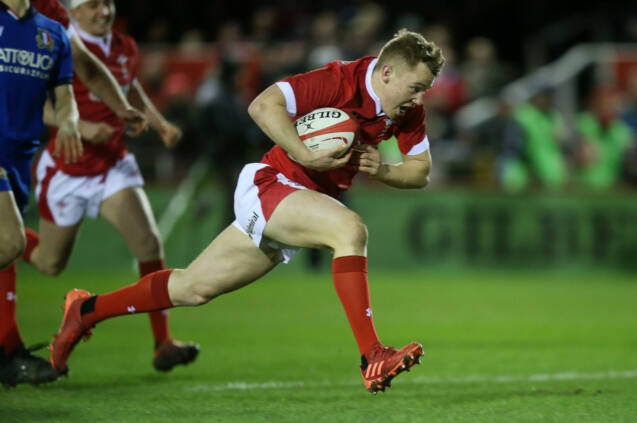 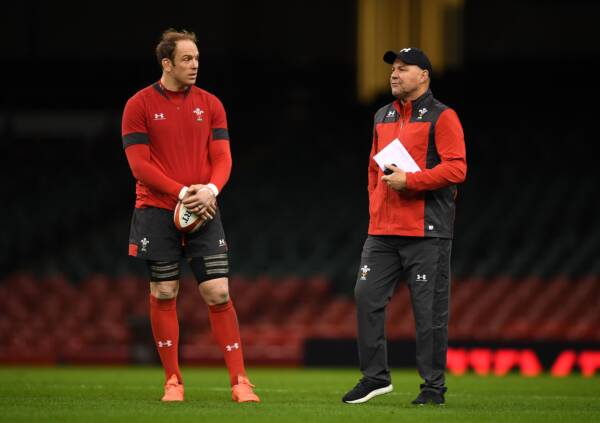 Jones: 'We are not looking back'