Wales skills coach Neil Jenkins is hopeful fly-half Dan Biggar will be fit to face France in round three of the 2020 Guinness Six Nations a week on Saturday.

Wayne Pivac’s side will take on Les Bleus after they followed their 42-0 home bonus-point win against Italy with a 24-14 defeat by Ireland at Dublin’s Aviva Stadium.

Biggar was forced off in the second half of that game with a head injury while wing Josh Adams also suffered a hip knock in the opening 40 minutes.

“That takes a bit of time, but he is pretty good and is recovering pretty well so hopefully he will be OK for next week.

“A head injury assessment is still something you’ve got to do and the right decision was made.

“Dan is a tough old player and hopefully he will do everything he needs to do and will be back ready for France. He is a world-class 10 who has been here for a long time.

“It was his 81st cap against Ireland and that speaks volumes for how good a player and a professional he is. He’s huge player for us.”

On Adams, who was the leading try scorer at last year’s Rugby World Cup with seven and started the Six Nations with a hat-trick against Italy, Jenkins added: “Josh is recovering and going through his treatment. He is a key player for us although Johnny McNicholl is a very good player and came on and did well for us last Saturday.

“Josh is one of our leading lights. He was outstanding in the World Cup and has been the same in the two games so far up until his injury.

“He is a big player for us and ideally we would get him fit. The more players we have fit and available the better.”

Wales have unfortunately lost Gloucester’s Owen Williams for the rest of the Six Nations due to a hamstring injury suffered in the warm-up ahead of the Ireland game.

Williams had been due to be on the bench in Dublin, but was replaced at the last minute by Cardiff Blues pivot Jarrod Evans.

Jenkins liked what he saw from Evans who is developing nicely.

“We’ve got Jarrod going pretty well. He is still a young kid who is learning and trying to get better,” said the legendary former fly-half.

“He had 30-odd minutes in Ireland and probably hasn’t played a game at that level, certainly away from home, before. That will put him in good stead and hopefully he will learn and develop from that.” 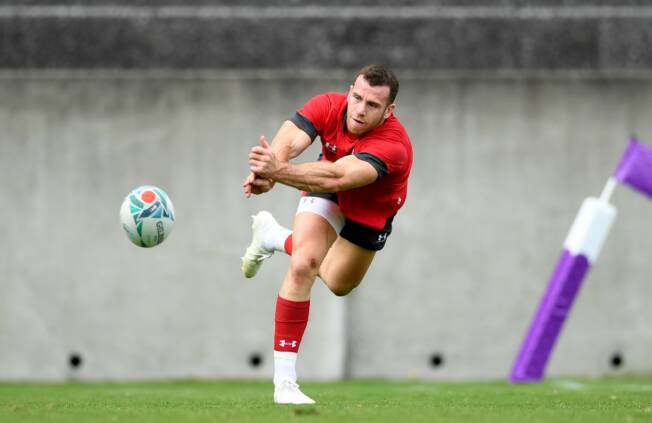