Gareth Davies is relishing the scrum-half competition in Wales’ 2020 Guinness Six Nations squad as the countdown to the round three clash with France gathers pace.

Scarlets man Davies had a fine Rugby World Cup campaign in Japan last year and scored two tries – including a crucial intercept against Australia – as Wales finished in fourth place.

The 29-year-old is one of three No 9s in Wayne Pivac’s current Wales squad alongside Tomos Williams of Cardiff Blues and Rhys Webb.

“It’s good. From a Welsh rugby point of view it’s great to have competition. At scrum-half we’ve got three of us now who are pretty decent,” Davies said.

“It’s healthy and keeps us all on our toes. Every training session we know we have to be performing to our best to win the right to take the field at the weekend.

“From my point of view I think I’ve always had competition for my position whether it’s club or international rugby. I’m used to it.”

Davies sat out Wales’ 42-0 opening-round win over Italy in Cardiff with a slight injury as Williams started the game with Webb among the replacements.

Williams scored a try in the 24-14 defeat by Ireland before being replaced by Davies at the Aviva Stadium with Welsh eyes now set on meeting France.

“It’s been quite a tough week to be honest. We all came back from Dublin feeling quite flat. We were quite disappointed looking back on the game, but we are looking forward now,” Davies said.

“We have a week and a half to prepare for the French game so hopefully in the next 10 days we can improve and come away with an important win.

“In international rugby anything can happen. The French have really come on in the last couple of seasons and have been the best they’ve been for a while. It’s going to be a massive challenge for us.

“We had a tough game against them at the World Cup. It was very physical and they tried to play some good rugby. We will look at that game and learn from where we were slightly disappointed.

“We’ll concentrate on ourselves and improve on areas from the Irish and then hopefully we’ll be alright for the French.”

Wales beat France by the narrowest of margins in their last meeting.

At the World Cup the men in red were 20-19 winners in their quarter-final clash in Oita with a late try from replacement Ross Moriarty proving crucial against a 14-man Les Bleus outfit.

Davies is well aware of the French threat posed by halfbacks Antoine Dupont and Romain Ntamack.

“They’ve played club rugby together so know each other inside out and to be fair to them they have been playing some good rugby,” Davies said.

“A big area for us is to keep an eye on them and try and pressurise them as much as we can. If we do that hopefully we can then have the upper hand.

“Dupont is probably one of the most in-form players in the world. He’s playing with a lot of confidence and seems to be making the right decisions all the time which is an important area for a scrum-half. Whoever plays – whether it’s me, Webby or Tomos – I’m sure we’ll have to be at the top of our game to keep him quiet.” 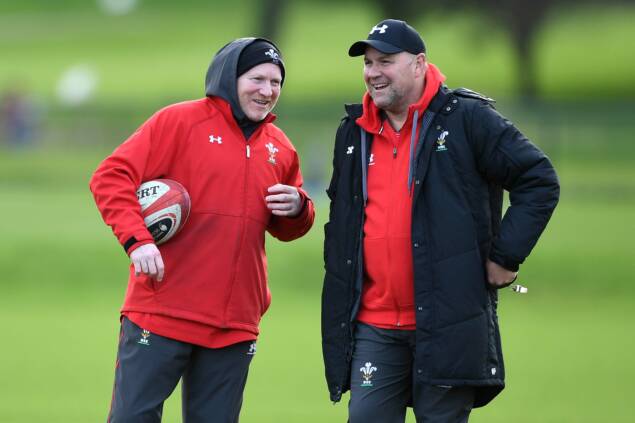 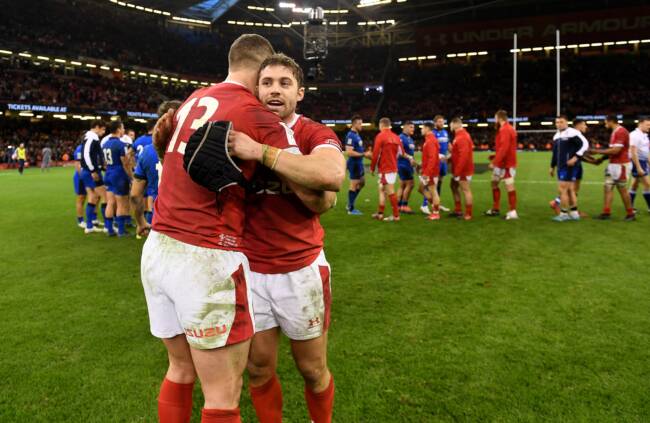 We can repeat 2013 heroics, says Halfpenny