They may be one of the new kids on the block in global terms, but Under Armour Series debutants Georgia have a rich rugby history they claim dates back even further than the ancient Welsh game of ‘Cnappan’.

While the villagers of Pembrokeshire were doing battle against each other in the 17th century, the Georgians believe the earliest form of rugby in their country dates back even before the birth of Christ.

In a promotional video – #rugbyisourgame – produced by the Georgian Rugby Federation it claims that: “Rugby is our game and it’s not just a motto, but a historical fact. The Georgian predecessor of rugby – Leloburti – has a long history which they say has existed here even BC.

“Leloburti was born in western Georgia and just as in rugby, the main goal was to score a try. Villages competed with each other over a distance of 3-5 kilometres and everybody was involved – the young and the old.

“In 1882 the newspaper ‘Droeba’ wrote: ‘1500 footmen and 500 horsemen took part in Leloburti organised by the dukes of Mikeladze in Kulash village’.

“A special ball was made of rough leather. It was packed with grass and sawdust and left overnight in a pail full of water to make it even heavier. The weight of the ball would become as heavy as 16 kiolograms.”

There were unsuccessful attempts to introduce modern rugby union into Georgia in 1928, 1940 and in 1948, but the Georgian Rugby Federation wasn’t founded until 1966. The Georgian national team first appeared in an international match in 1989, beating Zimbabwe 16-3.

Just as Under Armour’s new design for the Wales national shirt, inspired by the Welsh national anthem ‘Hen Wlad Fy Nhadau’, is intrinsically linked to the Welsh landscape, using the topography of unique areas around the country mapped out on the shoulders with subtle stitching, so the Georgian play in a kit that is linked to their past.

“According to history, Georgian warriors would take a sack containing vine branches into battle so that if they fell on the battlefield they would become part of the earth and a vine would grow in that place,” the video tells us.

“Symbolically this vine branch is depicted on our rugby player’s kit. ‘Borjgali’, which is also portrayed on the jersey of our team, is an ancient Caucasian symbol of the Sun, and its curved wings represent the eternity of life.”

It promises to be a battle between some true warriors on both sides when Alun Wyn Jones’ side meet the 12th ranked team on the World Rugby rankings at the Principality Stadium on Saturday, 18 November.

Expect the kitchen sink from the Georgians, but they might want to leave the horses on Westgate Street!

Official Hospitality Packages are available from 02920 822 413 or visit www.wru.wales/hospitality and official travel packages can be purchased from the WRU’s official travel supplier, Gullivers Sports Travel by visiting www.gulliverstravel.co.uk

The WRU’s official resale marketplace, which gives clubs the opportunity to re-sell a limited selection of their allocated tickets to the general public, can also be found at www.seatwave.com/wru

CLICK HERE TO view the luanch of Wales’ new kit 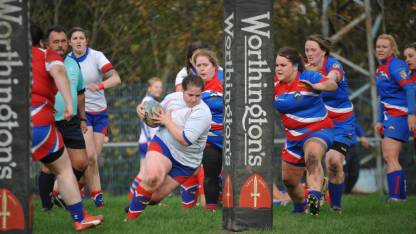 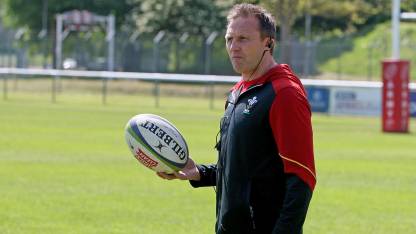 Strange links up with Canada