The Welsh Rugby Union has signed the biggest shirt partnership deal in its history – Warren Gatland’s Wales will wear the logo of Isuzu on their iconic jersey for the next four years, it was announced today.

Isuzu are the pick-up professionals whose newly launched Isuzu D-Max pick-up is perfectly aligned to the values of Welsh rugby.

Wales overcame Samoa 17-19 in the final Test of their summer tour last week in what was the last outing for current jersey sponsor Admiral on the men’s senior team kit – although the Cardiff-based FTSE 100 company are retained as an important WRU partner and will continue to support other areas of the game.

Isuzu will take pride of place on the chests of Wales’ international stars for the first time this Autumn, as Gatland’s side faces Australia, Georgia, New Zealand and South Africa in the Under Armour Series at Principality Stadium.

In addition the multi-million-pound partnership sees Isuzu extend their support to the senior Wales women’s side, which will also carry the logos on their playing kit until 2021, and the supply of Isuzu D-Max vehicles to the WRU’s community department which reaches out across Wales.

In turn, Admiral will become shirt sponsors of the Wales international 7s side, the Wales U20s and the Wales U18s teams – also until 2021 – meaning all senior WRU international teams will boast high profile partnerships, in a hugely beneficial boost for Welsh rugby.

“We are delighted to welcome a company of the size, stature and international renown of Isuzu,” said WRU chief
executive Martyn Phillips.

“Their investment in both the Women’s and Men’s national side and the community game will be instrumental to the growth and sustainable future of the game in Wales.

“In terms of the Isuzu partnership alone, this is the biggest national jersey partnership in the history of our national game.

“We are also very lucky to have retained the support of Admiral as a valued partner across our national age grade and sevens team, meaning that the overall uplift in value to Welsh rugby is significant.

“Admiral have been an incredible partner to us since 2010 and I would like to thank them and their staff for their many years of support, their continued commitment going forward and their support of us throughout this renegotiation process.

“With two companies of this stature now in our sponsorship portfolio our re-investment into the support structures that underpin the game throughout the communities of Wales will be significantly enhanced.”

The partnership also gives Isuzu a raft of marketing and media rights which will increase brand awareness and connection to rugby supporters.

“This partnership is the first of its kind for us and it has long been our objective to make the Isuzu brand better known,” said Isuzu managing director, Paul Tunnicliffe.

“This sponsorship will achieve that, by taking the brand to a huge audience, including millions of television viewers.

“Rugby is an intrinsic part of Welsh life, and we are delighted to become associated with an institution which shares our values of dependability, toughness and commitment.”

Isuzu’s sponsorship will coincide with the arrival of a new kit design and range from long term partner and suppliers Under Armour, which will be in stores in October, but a representation of what the new brand logo will look like has been prepared to whet the appetite (see attached image).

As well as retaining Admiral as sponsors of Wales’ national age grade and sevens teams, the WRU has also been able to retain the current partnership with Sinclair Mercedes, who will also continue to support Welsh Rugby.

“We are also grateful to Sinclair Mercedes who have been and continue to be fantastic partners to Welsh Rugby,” added Phillips. 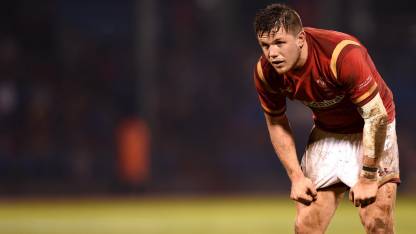 Evans reflects on season to remember 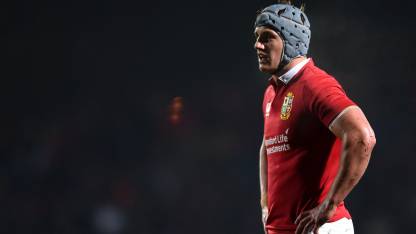