Steffan Evans ended a season to remember with his first international tries as Wales claimed a dramatic 19-17 comeback win over Samoa.

Evans, 22, has had a breakthrough year. His scintillating running ability helped the Scarlets to the Guinness PRO12 title and he took that form into the sweltering heat of Apia.

Evans scored twice in the second half to seal a famous victory for Robin McBryde’s young charges.

That the tourists managed to come out on top at all was remarkable given the Wales camp was hit by a sickness bug both in the run-up to and during the game.

A candid Evans said: “It was great to get the two tries, but it wasn’t my best game. Samoa came out all guns blazing and it was difficult. I’m just happy we got two wins on the tour.

“The hard work was done by the players inside me, but to get on the end of the scores I did was a great honour. It makes the tour a success for me.”

On a mudbath of a Samoan pitch, which cut up following heavy rain, Wales were always going to be up against it.

McBryde’s starting side contained just 151 caps worth of international experience, but that failed to stop the likes of Evans, Seb Davies, Aled Davies and Ryan Elias from impressing.

Trailing 10-9 at the break after Sam Davies’ three penalties responded to a try from Samoan wing Alapati Leiua, Wales were stilll in the game as the second half began.

Hooker Maatulimanu Leiataua looked to have given the Pacific Islanders the win after he hit back following Evans’ first try, but the Scarlets man wasn’t to be denied.

Impressive ball retention in the mud saw the ball spread to the young wing and his fine finish in the corner did the rest. It was a moment which saw Evans stamp his mark at the highest level and meant Wales could return home with victories over both Tonga and Samoa in the bag.

Evans added: “We’ve played two very difficult sides and they’ve brought a lot of variety to their game. For me it was a great end to a really enjoyable season.

“Our half backs did a great job with their kicking game. That was massive for us. They put the ball in the air and allowed us to compete and I think we had great success from that.

“For me to get the tries was a bonus. I’m just pleased for the boys who came out here. We’ve really enjoyed it together as a squad and have had a great welcome.”

Without 12 players and three coaches who are on British & Irish Lions duty, Wales then lost four more of their squad and saw Alex Cuthbert injured following the 24-6 win over Tonga.

It failed to stop them from making it back-to-back successes in Apia and the experience will prove vital to Wales’ next generation with the 2019 World Cup in mind.

Captain Roberts was delighted at what he had seen. “I said to the boys it’s been huge honour to tour here because they won’t get to do it again in their rugby careers,” he said.

“It was a once in a career opportunity and this game was a culmination of the effort we’ve put in as a squad.” 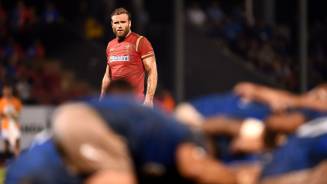 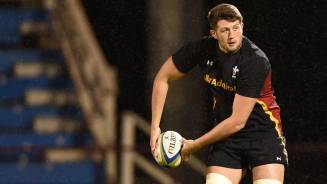 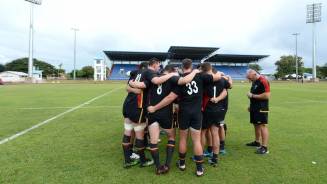 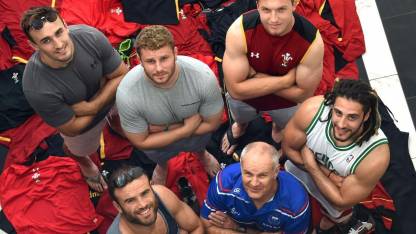 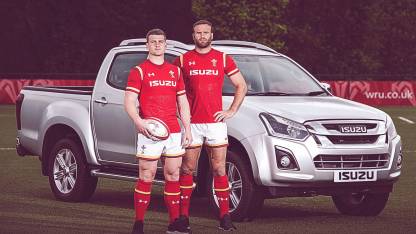