Caernarfon earned passage through to the final of the Women’s Super Cup after an absorbing semi-final against Pontyclun which saw them run out 40-14 victors.

The final score-line does little justice to Pontyclun who only trailed 5-3 at the break but five second half tries by the Cofis ensured a final showdown against against Swansea.

Caernarfon opened strongly and retained the ball well with numerous individuals like Jess Kavanagh-Williams, Beth Davies and Elen Evans keeping the Pontyclun rearguard on their toes.

Pontyclun, with the little ball at their disposal during the first half, used props Cara Hope and Cerys Hale to good effect but they very rarely entered the danger zone thanks to effective tackling by the likes of Elin Royle.

Against the run of play it was the visitors who opened the scoring as an offside call in midfield afforded Brogan Jones a penalty that was very cleanly struck with nearly 30 minutes played.

With half time beckoning a loose kick out of defence was fielded by Beth Davies who sprinted through midfield and on being tackled offered a speculative offload that fell into the hands of Rachel Taylor who ran in from 10 meters to give the Cofis the slenderest of halftime leads after having been so dominant territorially.

The opening of the second period was in complete contrast to what had occurred in the first half.

On this occasion it was Pontyclun who kept possession and asked questions of the Cofi defence. Jess Pritchard was orchestrating proceedings well from her scrum half base, a task she upheld with aplomb throughout.

Soon, with another Brogan Jones penalty effort, Pontyclun had regained the lead and were looking as if they could build on the effective attacking platform that they had formed.

The Cofis though had other ideas, with Elen Evans a constant threat with ball in hand. It was her gain line breaking charge, taken on by Kavanagh-Williams that brought the penalty that, when quickly taken, led to Taylor finding the required gap to charge over and afford Beth Davies the added conversion. Pontyclun though were back in contention soon when Brogan Jones slotted her third penalty following a high, though not dangerous tackle.

Caernarfon decided to return to what had been paying dividends. A rumble into the danger zone resulted in another penalty and on this occasion Taylor’s commitment to the cause was unquestioned as she took the tap and obliterated the awaiting Pontyclun defence to score her third try, that with another Davies conversion, gave the Cofis some breathing space.

A counter attack from Beth Davies gained some 40 metres before Taylor and prominent enforcer Nicky Crawford contained enough defenders to allow Elen Evans the gap required to ghost through and score a try. Beth Davies was again on target with her conversion attempt.

Evans continued to stretch the Pontyclun defence and following another red zone incursion Hannah Hughes found a gap to score the Cofi’s fifth try that was again converted by Davies.

Pontyclun fought their way back courageously and intelligently. Hooker Eve Jones, who upheld the art of hooking, effectively worked well in conjunction with Pritchard to put pressure on the Cofis and the scrum half’s heads up play brought her a deserved try when she sniped from close range.

Caernarfon prop Gwenllian Pyrs came of age when she collected on the 22 metre line and drove with purpose through the rearguard to score a fine individual try. Beth Davies brought the points total to 40 with another conversion. 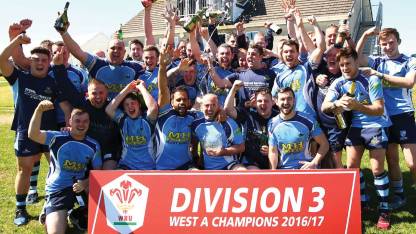 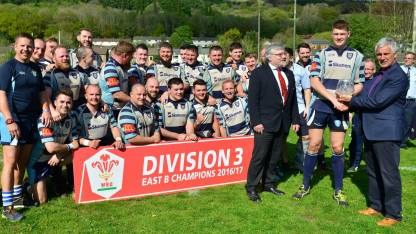