Pontyclun face a long haul north to Caernarfon on Sunday to earn the right to challenge Swansea in the Women’s Super Cup final.

Swansea can sit back and relax as they have an automatic pass into the final after their semi-finals opponents Haverfordwest, withdrew.

The north Walians will fancy their chances of securing victory after coasting into the semis with a 94-6 demolition of Pencoed in the quarter-finals. Pontyclun, on the other hand, had a much sterner test against Whitland before squeezing through to the last four with a 7-3 win.

Wales prop Cerys Hale is expecting a tough battle on Sunday but said the Falcons go into the game full of confidence after beating Whitland 42-15 last weekend in the league.

“We know it is going to be difficult as Caernarfon have Welsh internationals Rachel Taylor, Jenny Davies and Elen in their ranks and they are all quality players,” she said.

“But as a squad we have been working really hard all season. We have two game-plans we can implement and the girls have a good understanding when to put those structures in place at any given time. We had a good dress rehearsal against Whitland last weekend so we’re going there in a postive frame of mind.”

Defending champions Seven Sisters are just 80 minutes from having the chance of retaining the Plate crown when they host Senghenydd while Llandaff North travel to Gwernyfed in the other semi-final.

Seven Sisters had to withstand a tough challenge from last season’s Bowl winners, Ynysbwl, in the quarter-finals before prevailing 21-17 while Senghenydd repelled Barry 31-21.

Llandaff North cruised through to the semis with an 81-0 romp over Ynysddu while Gwernyfed received a bye in the last round.

Pontarddulais recorded the biggest win in the Super Cup Bowl quarter-finals with a 43-19 win over Cobra but they are certain to face a stiffer test in the semi-finals against Burry Port who defeated Taffs Well 20-7.

In the other semi-final Porth Quins, who defeated Morriston 17-5 in the quarter-finals, host Abergele who travelled to Lampter Town in the last round and squeezed out a 6-0 triumph. 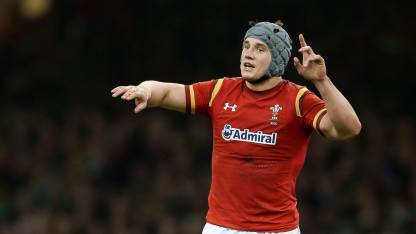 Davies backing Clermont 'to go all the way' in Champions Cup 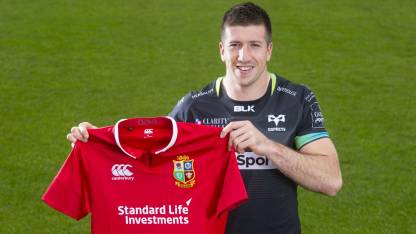