One of Welsh rugby’s golden greats, Cliff Morgan, has died at the age of 83. A legendary figure for Cardiff, Wales and the British & Irish Lions, he went on to forge a great career in broadcasting after his playing days were over.

Born in Trebanog, in the Rhondda, on 7 April, 1930, the 5ft 7in tall Tonyrefail Grammar School product went on to become a giant figure in the world game and arguably the greatest outside half around.

He helped Wales to share the Five Nations title in 1954 and 1955 and was captain in 1956 when they won the title outright, losing only to Ireland in Dublin. He played against South Africa for Wales in the 6-3 defeat in 1951 and then helped Wales beat the All Blacks two years later in the famous 13-8 victory at Cardiff Arms Park – still the last time Wales beat New Zealand.

Although his playing career came to an end at the tender age of just 28, Morgan continued to be involved in sport through his television and radio work with ITV and the BBC. He became Sports Organiser for BBC Wales in 1958 before becoming a hugely popular rugby commentator.

He was one of the original team captains on a ‘Question of Sport’, alongside boxer Henry Cooper, and rose to the positions of Head of BBC Radio Outside Broadcasts in 1974 and Head of Sport and Outside Broadcasts for BBC Television from 1976 to 1987.

He produced the BBC’s flagship sports programmes ‘Grandstand’ and ‘Sportsnight with Coleman’, and also supervised coverage of events including football World Cups, Commonwealth and Olympic Games, royal weddings and other national ceremonial occasions. When his career in television came to an end, he returned to radio and was the voice of ‘Sport on Four’ through to 1998.

His courage on the field was matched in later life when he overcame a life-threatening stroke at the age of 42 and then battled against throat cancer, which forced him to have his larynx removed.

Losing his voice was the cruelest of fates for the man who brought the world one of the greatest pieces of rugby commentary in the 1973 game between the Barbarians and the All Blacks. His description of Gareth Edwards’ try from that game has remained embedded in the minds of all who heard it.

That was the commentary and this was his wrap-up line after the replay: “If the greatest writer of the written word had written that story, nobody would have believed it. That really was something.”

During the 1955 Lions tour to South Africa, when Morgan became a global star as the tourists shared the series 2-2 against the mighty Springboks, he became the choirmaster both on an off the field.

“We came to the decision that we were going to be a singing team. I was appointed choirmaster, with first call on the hotel piano, and every day for a week we practiced, English, Scottish and Irish songs in English, Welsh songs in Welsh and, in a four-part harmony, Sarie Marais in Afrikaans, which we thought would go down well with the people over there. We learned this parrot-fashion, and the words of the Welsh songs I wrote on a blackboard,” wrote Morgan.

“Coming down the steps of the plane (on arrival in Johannbesburg), we were amazed at the crowds who had waited so long to greet us. I turned round and said, ‘OK lads, look at the people’. So we all came to a stop and sang practically our full repertoire from Sospan Fach to Sarie Marais, cheered on by the crowd. And that was the spirit of that trip, everybody together.

“Later that week the Rand Daily Mail carried a front page headline: ‘This is the greatest team ever to visit South Africa’. And we hadn’t even played a match!”

The honorary secretary on the 1955 tour was the Cardiff secretary, Danny Davies. In his history of Cardiff RFC, ‘The Greatest’, he summed up Morgan in this way: “Cliff Morgan was the stocky, cheeky, dazzling type of outside half, quite rubbery after tackles, an opportunist and a good kicker withal. Tutored by ‘Ned’ Gribble, the caustic and knowledgable sportsmaster at Tonyrefail, he eventually gained all the highest honours the Rugby game offered.

“He arrived at the peak of his form in South Africa in 1955, when I was honorary secretary to the touring team. The South Africans took him to their hearts and I remember one occasion when a South African daily cartoonist depicted a British Lions and South African fan arguing after a match. The South African was saying “You give us Cliff Morgan and we’ll give you back Simonstown.”

“Off the field he was the joker, the story teller (he could stretch them), strong singer and choirmaster, creating much enjoyment in which I happily shared.”

In 1997 he was inducted into the International Rugby Hall of Fame, he was a member of the Welsh Sports Hall of Fame’s ‘Roll of Honour’ and he was made OBE and CVO. Cliff Morgan was not only a great sportsman, but a geat Welshman.

He lived with his second wife, Pat, on the Isle of Wight and the thoughts of the Welsh Rugby Union, and everyone connected with Welsh rugby, are with her and their family at this time. 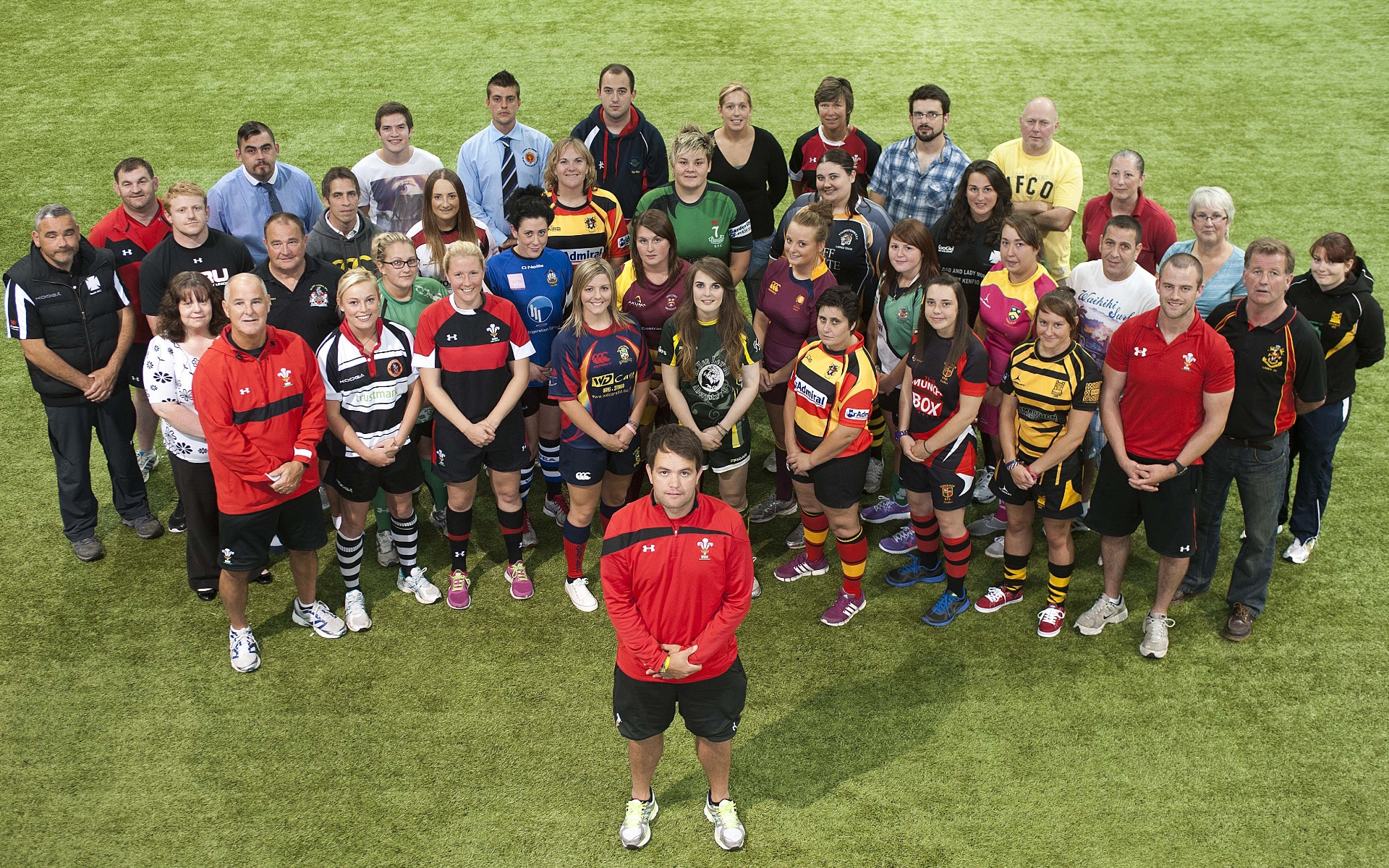 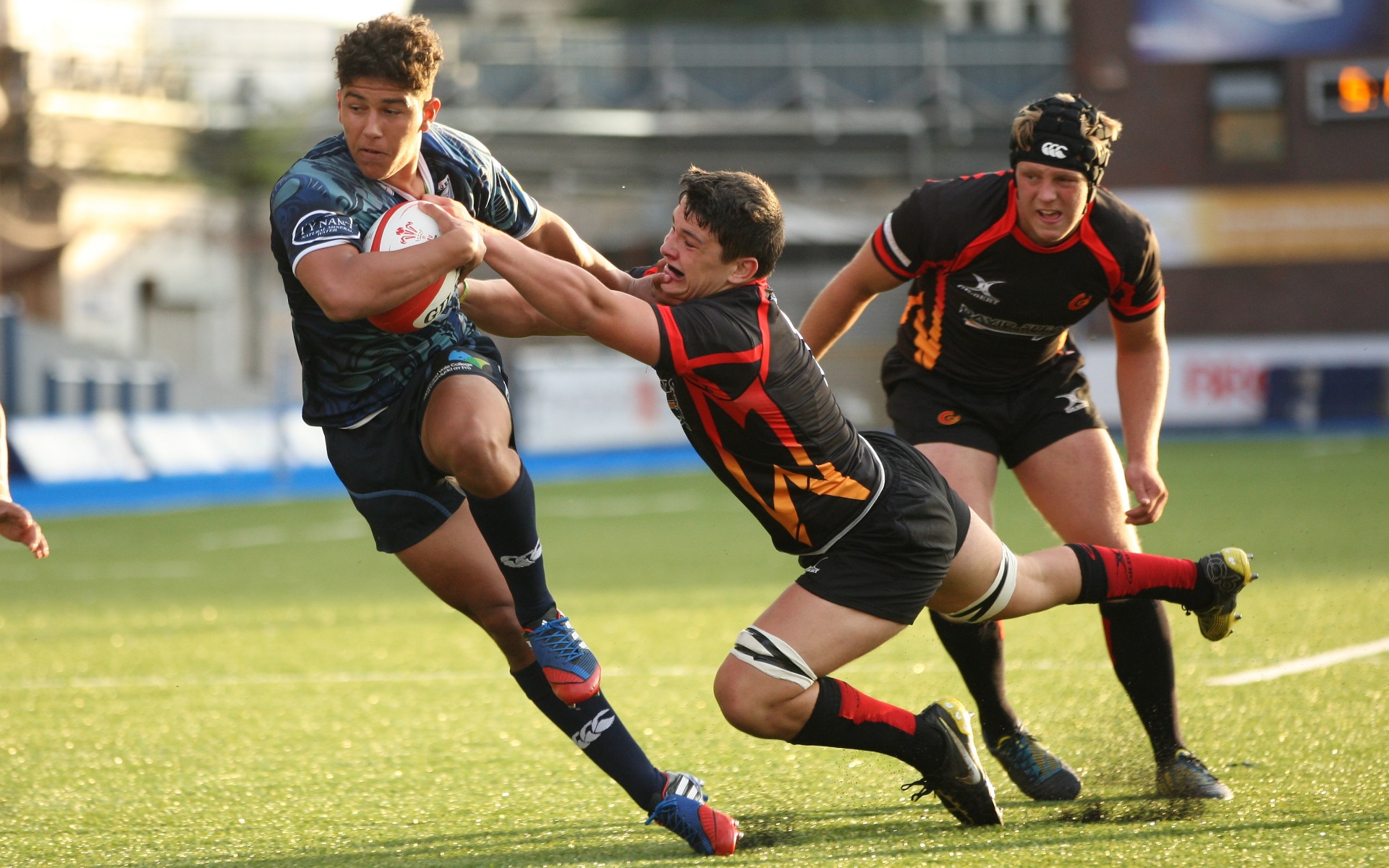 Ospreys & Blues off to winning start