Wing wizard Williams is the only change to the side who started in the 23-15 victory over England at the Millennium Stadium nine days ago. He replaces Scarlets flier Mark Jones, who misses out on the match-day 22, while there is a place for fit-again Gavin Henson on the bench at Stade de France at the expense of his Ospreys team-mate Andrew Bishop.

“A fit Shane Williams is a player any coach would want in their side and so it was a natural decision for him to come in for Mark Jones, with no disrespect to Mark who did a good job for us against England,” said Gatland.

“France are one of the top sides in the Championship and they are always going to be tough opposition – especially at home – and this is a must win game for them if they are to keep their title hopes alive.

“We also know how tough it will be for them with a short six-day turnaround for many of their players who have featured in domestic rugby this weekend – we had a similar experience ourselves in between the Scotland and England games and found it hard going – so that is something we must try to take advantage of.”

Wales will be seeking to equal the record of both England and France in going nine Six Nations championship matches without defeat when they head to Paris this weekend.

The 23-14 win over England at the Millennium Stadium earlier this month made it eight wins in a row for Ryan Jones’ men – one at the end of the 2007 championship, five in last season’s Grand Slam campaign and two wins at the start of the 2009.

The Welsh side of the early Seventies also won nine Five Nations matches in a row. They beat France at the end of the 1970 championship, completed a Grand Slam in 1971 (4 games) and were unbeaten again in 1972, although they only played three matches that season. They then beat England at the start of the 1973 campaign before losing in Scotland.

That was the start of the second ‘Golden Era’ in Welsh rugby, the first being at the start of the 20th century. While Wales claimed back-to-back Grand Slams in 1908 and 1909, not all teams played France.

England first met the French in 1906, Wales launched fixtures with them in 1908, Ireland in 1909 and the Scots in 1910. That is why many people claim the Five Nations Championship didn’t officially start until 1910.

Will Carling’s England won back-to -back Grand Slams in 1991 and 1992, and went nine games without defeat, while the French recorded Grand Slams in 1997 and 1998 and also went nine runs unbeaten. On both occasions it was Wales who ended their winning streak.

Round Up: SWALEC League Divison One 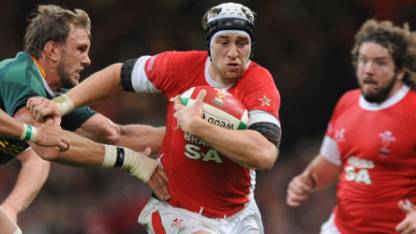