Wales captain Ryan Jones says his side have become the team no-one wants to play and everyone wants to beat.

Jones takes his unbeaten team to the Stade de France for Friday’s meeting with the French and hopes to lead his side to a ninth consecutive Six Nations victory.

“We’ve become a team no-one looks forward to playing against. We are creating our own aura and we are earning respect,” said Jones.

Wales’ 23-15 win against England in the Millennium Stadium made it two wins from two in this season’s championship following their opening round victory in Scotland.

And now Jones is hoping this experience will help to force a win against France.

He said: “France is a hell of a place to go and play Test rugby. It’s hostile and the fans are very passionate and knowledgeable, but we will aim to quieten them.

“We’ve got the experience of drawing on past conquests, so it is not new. We know what it takes to win there, but we’ve got to start well and show the same character.

“France will be dangerous, but we’ve got to make sure we are switched on and react as quickly as we can, while preparing for every eventuality.” 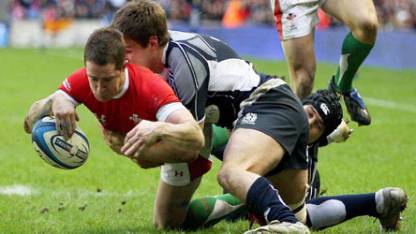