1908
Wales opened their 1908 campaign at a fog-laden Bristol City ground with fly-half Percy Bush in superb form in front of 25,000 bemused spectators who caught only glimpses of the action.
Bush was among the try-scorers as Wales ran in five to England?s four, and he added a dropped goal for good measure.
Next up, Wales sneaked home 6-5 over Scotland at St Helen?s, with visiting forward Irvine Geddes being disallowed a try in the final minute for a double movement ? an eerie repeat of All Black Bob Deans? disallowed effort three years previously.
France ? who weren?t officially in the Championship until 1910 ? had no answer at the Arms Park, falling to the embarrassing scoreline of 36-4 in their first-ever match against Wales. Cardiff winger Reggie Gibbs scored four tries and should have had a fifth, but he was ankle-tapped as he tried to run around behind the uprights. It was the last Test for skipper Teddy Morgan, who scored arguably his country?s most famous try ever in the 1905 win over New Zealand.
Wales travelled to Belfast for the Grand Slam decider, winning 11-5 after being held at 5-all late into the game. Gibbs and fellow winger Johnnie Williams scored late tries to clinch the historic victory.
The 1908 Slam was unique in Welsh history for the fact that they fielded a different captain in each of the four matches. They were Arthur Harding, George Travers, Teddy Morgan and Bert Winfield.

1909
Wales fans didn?t have to wait long for their second Grand Slam. France were still the easy-beats of European rugby and hard-fought victories over England and Scotland were highlights of the season.
A month after beating Australia 9-6 at the Arms Park, the Billy Trew-captained Wales began the 1909 Championship with an 8-0 win over England.
For the second season in a row, the Scotland game went down to the wire, with Scottish kicker George Cunningham missing a penalty ?by less than a foot? to give the visitors to Inverleith a 5-3 win. Welsh fullback Jack Bancroft had been penalised for not playing the ball, although he could hardly be blamed as he was unconscious at the time.
The trip to Paris resulted in another mauling, with Trew and winger Melville Baker each scoring hat-tricks as Wales jogged in 11 tries.
The deciding match against Ireland at St Helen?s was a nil-all draw at halftime, but Wales ran in 13 points in eight minutes before eventually sealing the Slam 18-5.

1911
A late try to Cardiff forward Joe Pugsley saved Welsh blushes in the opening game against England at St Helen?s.
Wales struggled to a 12-11 lead and defended desperately before Pugsley powered his way over the line.
Next up, Scotland held the visitors to Edinburgh to a 7-4 lead at halftime, but Wales picked up several gears in the second spell to win comfortably. Winger Reggie Gibbs ran in a hat-trick of tries in the 32-10 victory ? a record score over the Scots.
France were struggling in the tournament, but held Wales to 0-0 at halftime at the Parc de Princes in Paris. The visitors weren?t about to fall at this hurdle, though, and ran in three second-half tries in the rain to win 15-0.
Wales skipper Trew handed the captaincy for the day to winger Johnnie Williams, who had never had the honour but spoke fluent French. Williams was killed in the Battle of the Somme in the First World War. Two 1909 Slam winners ? Phil Waller and Dick Thomas ? were also killed in France.
Once again, the Grand Slam came down to the Ireland game at the Arms Park. An hour before kick-off, the gates were closed and mounted police tried to disperse the thousands of fans still trying to get in.
On the field, the Welsh forwards produced their best performance of the season to carry the home side to a 16-0 victory.

1950
After three Grand Slams in four seasons, Welsh fans had to wait 39 years for a fourth.
Wales played England in the opening match, recording only their second win at Twickenham. The match marked the debut of Lewis Jones ? an 18-year-old then, but now widely regarded as one of the most brilliant backs in the game?s history. He slotted two goals in the 11-5 victory. Cardiff hero Bleddyn Williams was named as captain, but withdrew because of injury and Edinburgh Wanderers? backrower John Gwilliam went on to lead Wales to two Grand Slams in three seasons.
Scotland were the next side to be put to the Welsh sword, losing 12-0 at St Helen?s, but Grand Slam hopes nearly came to a grinding halt at Ravenhill in the third match.
Wales and Ireland were locked at 3-3 in the final minute when winger Malcom Thomas sprinted for the corner from 15 metres out. He dived over the line in the tackle of several defenders, knocking the corner flag out in the process. Irish touch judge Ossie Glasgow didn?t have a problem with it ? he was the only Irishman at the ground who didn?t ? and Scottish referee R A Beattie signalled the try for a 6-3 victory.
The following day, 80 Welsh fans were killed when a plane crashed at Llandow, near Cowbridge.
It was left to France to stop the Grand Slam, but they were never in it. Legendary winger Ken Jones ran in two tries in the comfortable 21-0 victory at the Arms Park.

1952
Grand Slam hopes nearly fell at the first hurdle, with an injury-ravaged Wales side sneaking home 8-6 against England at Twickenham.
The visitors lost Lewis Jones for 15 minutes with a torn thigh muscle, but he returned to the field of play ? a virtual passenger on the wing. But it was Jones who provided the extra man as Olympic sprinter Ken Jones scored the winning try ? his second of the match.
Fly-half Rex Willis broke his jaw early in the game against Scotland at the Arms Park, but stayed on as Wales powered to an 11-0 win, with another try to Ken Jones.
The flying winger was again on the scoresheet in the 14-3 victory over Ireland at Lansdowne Road, but was denied the chance of scoring in all four Championship games when Wales hosted France at St Helen?s for the Slam decider.
Lewis Jones kicked two penalty goals in his 10th and final match for Wales before converting to rugby league, and Wales were 9-5 winners.

1971
England surprisingly selected eight new caps for the opening match in Cardiff, and Wales were out of sight by halftime thanks to two tries to brilliant winger Gerald Davies. Barry John began and finished the scoring with dropped goals as Wales recorded a comfortable 22-6 victory.
The Scotland game will always be remembered for the ?greatest conversion since St Paul?. With the score at 18-14 in Scotland?s favour, Gerald Davies sprinted over in the corner and bearded backrower John Taylor kicked a superb goal from the sideline to steal the match 19-18.
Ireland came and went, demolished 23-9 by the brilliant halfback pairing of Barry John and Gareth Edwards, and the same pair were to the fore in a tense 9-5 victory over France at Stade Colombes.
Edwards scored the opening try after a 70-metre break by fullback JPR Williams, before John scooted over for the deciding score.
Wales called on only 16 players in the four matches of the 1971 Championship season.

1976
The opening match against England will always be remembered for the incredible performance of Welsh legend JPR Williams. With blood dripping from a cheek wound that later needed seven stitches, Williams crashed over for two tries in the 21-9 victory at Twickenham.
Fly-half Phil Bennett scored 13 points in the 28-6 victory over Scotland at the Arms Park, becoming the highest Test points-scorer in Welsh history with 92. In the same match, Edwards scored a Welsh record-equalling 17th Test try.
None of the Welsh players in the starting lineup had ever won at Lansdowne Road, but a storming second half gave them a 34-9 win after leading only 10-9 at the break. Gerald Davies scored two tries and Bennett bagged 18 points.
France out-scored Wales two tries to one, but the boots of Phil Bennett (two goals), Steve Fenwick (two) and Allan Martin (one) gave them a Grand Slam-winning 19-13 victory.
It was to be captain Mervyn Davies last Test for Wales. Three weeks later, he collapsed with a brain haemorrhage during the Welsh Cup semi-final between Swansea and Pontypool.
As in 1971, Wales called on only 16 players in the four matches of the Championship.

1978
Gareth Edwards celebrated his 50th cap in a 9-6 victory over England in the opening Championship match, with neither side scoring a try on a waterlogged pitch.
Llanelli team-mates Derek Quinnell and Ray Gravell scored debut tries for Wales in a 22-14 win over Scotland, with Edwards bagging his 20th and final touchdown for his country.
A 20-16 victory over Ireland in Dublin gave Wales a third consecutive Triple Crown ? the first country to achieve the feat ? but it wasn?t easy. Steve Fenwick matched Tony Ward?s four goals and added a try in a close-run thing. Irish legend Mike Gibson was making a world-record 64th Test appearance.
The Grand Slam hinged on France?s arrival in Cardiff, and Wales had to come back from 7-0 down to record a famous 16-7 victory. The match marked the international retirement of Welsh heroes Phil Bennett and Gareth Edwards, with Bennett scoring two crucial tries and Edwards adding a clever dropped goal. 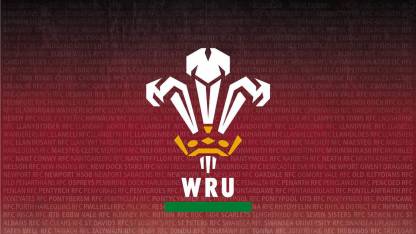