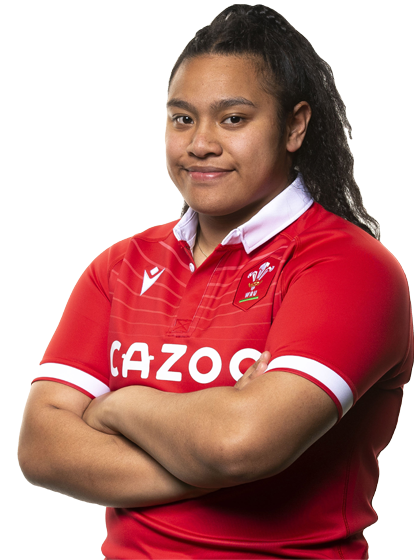 Sisilia Tuipulotu grew up playing rugby with her family, but only started playing competitively when she joined Hereford College sixth form aged 16.

WRU female age grade lead Liza Burgess, then senior academy head coach at Hartpury, invited her to academy training. She is now playing in their Allianz Premier 15s side alongside studying for a psychology degree at Gloucestershire University.

Sisilia’s dad Sione was a utility back for Tonga and Newport where Sisilia was born.