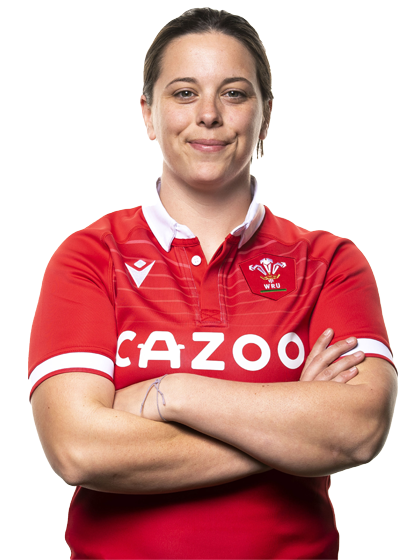 The former UWIC student forced her way into the 2010 World Cup squad after impressing the coaching panel in the Regional Championship.

The Aberaeron product came through the system where her industrious work in the back row made her a key figure for Wales at Under 20 level.

A flanker by trade, she stepped into the second row for the 2010 World Cup and didn’t look out of place, scoring a brace against Sweden. Since then she has grown into a world class back row.

A commanding presence at No 8, Harries was also a regular on the Sevens circuit for Wales. She claimed her half century of caps against England in 2018 and went on to play the 2019 season.

She then returned to international rugby when named in Ioan Cunningham’s TikTok Women’s Six Nations squad for 2022.