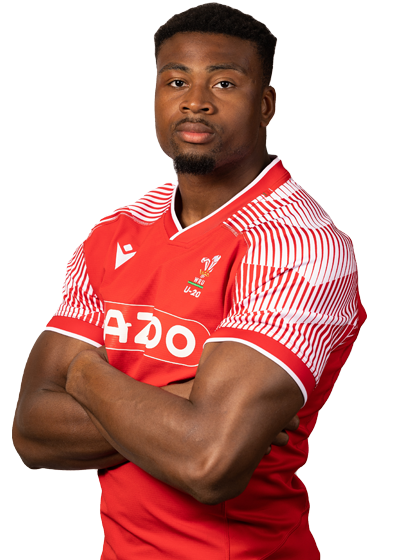 Born in Kinshasa, Democratic Republic of Congo in 2002 when the country was gripped by a second national war, his father Felix took him, his wife, their four daughters and youngest son Christ away to Wales in 2010.

The highly rated Tshiunza went to Whitchurh High School following the likes of Gareth Bale, Sam Warburton and Geraint Thomas who all passed through the schooling establishment.

Originally from the Congo, his family moved to Wales in 2010, he began his rugby journey with Rhiwbina age-grade and Cardiff Schools sides. He represented Wales U18s and since joining Exeter Chiefs his athleticism has seen him used in the second and back rows – a role he fulfilled for Wales in the 2021 U20 Six Nations.

He was called up to the Wales senior team by Wayne Pivac for the 2021 Autumn international series against New Zealand, South Africa, Fiji and Australia. He made his international debut against Fiji at Principality Stadium on 14 November 2021.