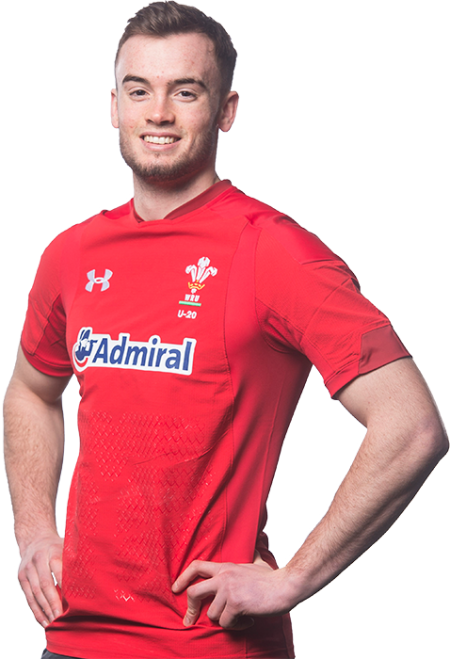 Son of Wales great, Ieuan Evans, he began his playing career as a six-year-old at Cowbridge. Originally with Cardiff Blues, he switched to the Ospreys after missing out on selection for Wales U16s.

He has played for Bridgend in the Principality Premiership and combines rugby with an accounting and finance degree at Swansea University.
During the 2019 U20 Six Nations, he proved one of the most reliable goal-kickers in the competition, not missing a shot at goal until the last round where Wales faced eventual Grand Slam champions, Ireland in North Wales.