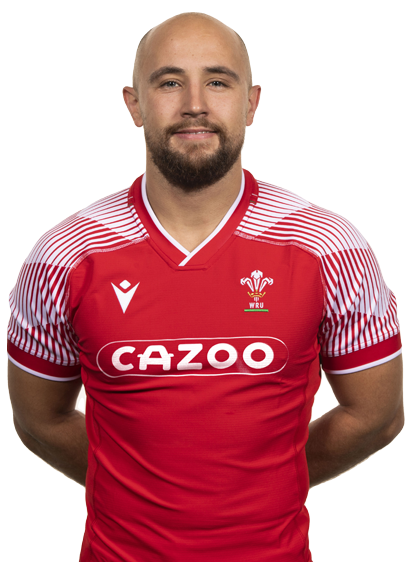 A qualified medical doctor with a degree from Exeter University, Luke has already won one world title in Sevens, having been a member of the Great Britain Students side which claimed glory in Brive at the World Students Games in 2012.

He started playing rugby with Llanelli Wanderers U8s, before attending Coleg Sir Gar, a breeding ground for the Scarlets where he played in the same age group side as George North. Luke has previously represented Wales on the FIRA Grand Prix circuit and was part of the Commonwealth Games Wales squad in Glasgow and the Gold Coast.

One of three Wales core Sevens players (Luke Morgan and Sam Cross being the others) to make the extended GB 7s Men’s squad for Rio, he travelled to the Olympic Games as a reserve. He has captained Wales regularly since 2018.

In 2019 he and his brother, Dai, became the latest siblings to represent Wales together when they took to the field in Poland for Rugby Europe.

Alongside teammates Tom Williams and Morgan Williams, he played for Team GB in the opening two rounds in Dubai of the 2021-22 HSBC Sevens World Series, before the Great Britain team split back into the four home countries for the remainder of the season. (He had also played in two legs of the 2020-21 season in Edmonton and Vancouver for Team GB)