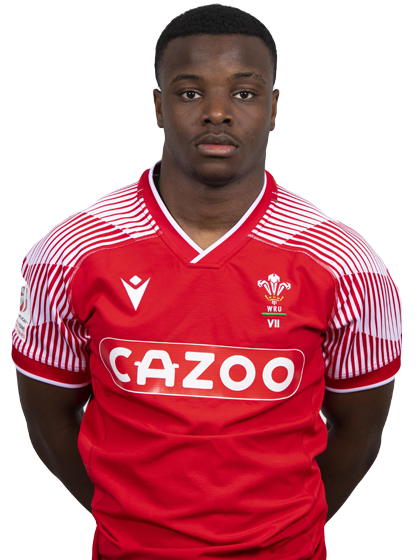 First came on to the radar as a 12-year-old when he scored a stunning individual try at Wembley Stadium as Ysgol Glantaf won the Champion Schools National Year 7 Final in Rugby League. Since then he has kicked on in union, as a standout in successful Cardiff U16 and U18 sides.

Originally from Port-au-Prince in Haiti but raised in North Wales then in Cardiff, he came to prominence as a fleet footed winger representing Ysgol Glantaf in the WRU Schools and Colleges league. He also turned out for Llandaf RFC before being drafted into the Cardiff Rugby age grade system up to under 18 level.

He made his debut on the world series in the opening pool game of Singapore against Scotland in 2022.