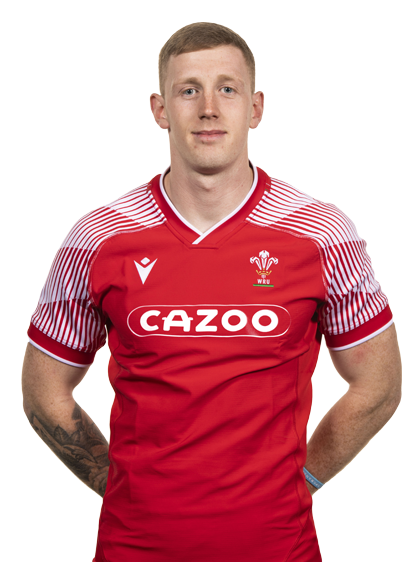 He went through the Cardiff Blues Age Grade system, playing for Cardiff U16s and U18s and played for Coleg y Cymoedd in the Welsh Schools and Colleges League before heading over the Severn Bridge to study sports science at Hartpury.

He played full-back for Hartpury in the BUCS Super Rugby, Bishop’s Stortford in National League One in England and featuring regularly for invitational sevens side Speranza. No stranger to sevens, he has also previously featured for Bristol Bears in the Premiership 7s.

He made his Wales debut in the third round of the 2021/22 World Series campaign in the third leg of the series in Malaga on Wales return to the international stage after a two year absence.