The first week in camp was really intense, with no game to play over the weekend.

There’s been a lot of learning for me as a newcomer, which I’ve really enjoyed. I know a lot of the boys anyway so it was easy settling in; it’s just been a case of fine-tuning details and making sure I know my role more than anything.

This isn’t the first time I’ve been in the Wales camp. In 2013, I was involved in the lead-up to the summer tour to Japan and the following year got called up to train during the Six Nations. It’s a different regime now but that prior knowledge of things like the National Centre of Excellence has made things a lot easier.

Life in ‘the bubble’ is interesting. The COVID-19 protocols in camp are very rigorous, but it’s something we’re all used to now since we’ve back with our regions. There’s an expectation of maintaining your own standards, because you don’t want to be the guy who slips up and potentially puts everything in jeopardy. Everybody knows the importance of playing these games and what it means to represent your country. 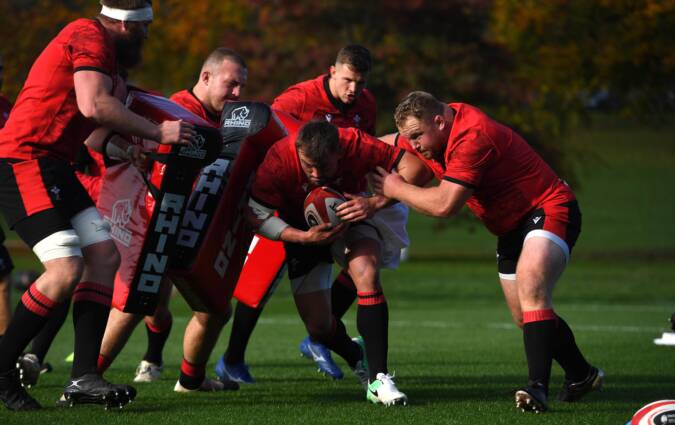 I was born and raised in Haverfordwest, and played all my junior rugby there before spending two years at Coleg Sir Gar in Llanelli. Because Pembrokeshire is so far west and out of the way, I don’t think it gets the coverage it deserves sometimes when it comes to sports and all the talented athletes who’ve come from that area. It really is a sports-mad county.

It was actually at Coleg Sir Gar that I moved from flanker to hooker. I was 19 and our rugby coach, Euros Evans, helped me with the transition. He spent a lot of time with me working on the skills and all the things it takes to be a hooker. My Ospreys teammate Dewi Lake has gone through a similar transition. It takes a bit of time to learn the position’s intricacies, but I’m very happy I made the move all those years ago. You never forget the neck pain from your first scrum in the front row though!

My past life in the back row has probably helped me win a few turnovers [Parry was fourth overall in the Guinness PRO14 last season with ten turnovers]. I was a bit gutted not to get more because I’d missed a fair chunk of last season through injury. I’ve been doing breakdown drills with [technical coach] Gethin Jenkins since I’ve been in camp, so hopefully I’ll get the chance to put that into action at some point.

Everyone knows how good Gethin was as a player, so I’ve made the most of picking his brain and doing extras after training. It’s the same with [forwards coach] Jonathan Humphreys. He’d already left Ospreys by the time I joined from Dragons, but everybody sang his praises so it’s been really good learning from him in this short space of time.

I’ve been fortunate to benefit from the guidance of another great Wales front rower in my career. Paul James, or Assey as he’s known, was brilliant for me at Ospreys. He’s been a huge influence on my career. We always spent time together, so much so that the boys took to calling us Father and Son. A few years ago he had a shoulder injury, and I had a run of back-to-back injuries, so we went through the whole process together and he really kept me going. We trained hard but made sure we did a lot of social stuff too.

I was actually on 99 appearances for Ospreys before coming into the Wales camp, so that milestone has been put on hold. I just want to get onto the pitch and play for Wales now and to be able to fulfil that particular dream. To do that in Paris on Saturday would be incredible.

It’s been a strange old year, to put mildly, but becoming a Wales international would be a great way to finish 2020. 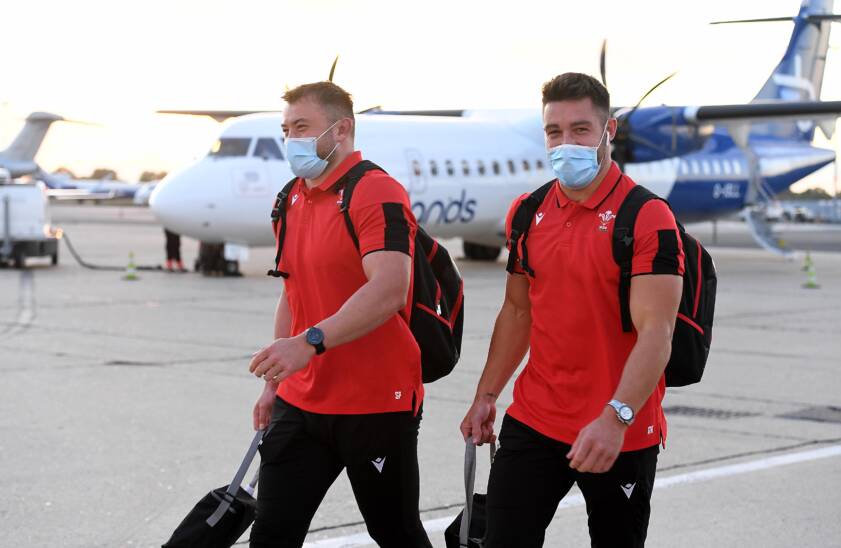 Parry and Ospreys teammate Rhys Webb arriving in France with the Wales squad on Thursday evening. 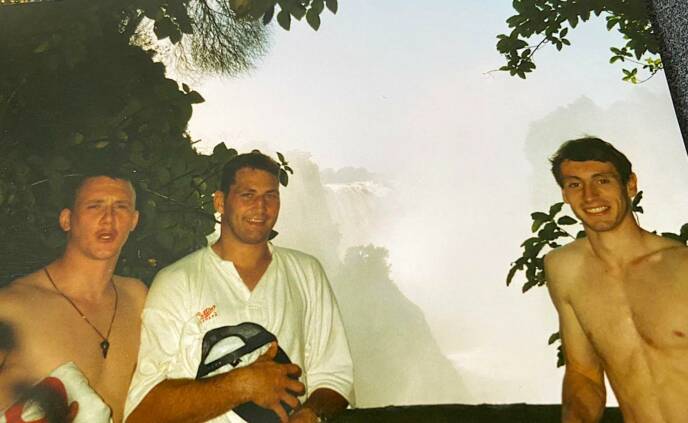 Wild times in Zimbabwe and Namibia 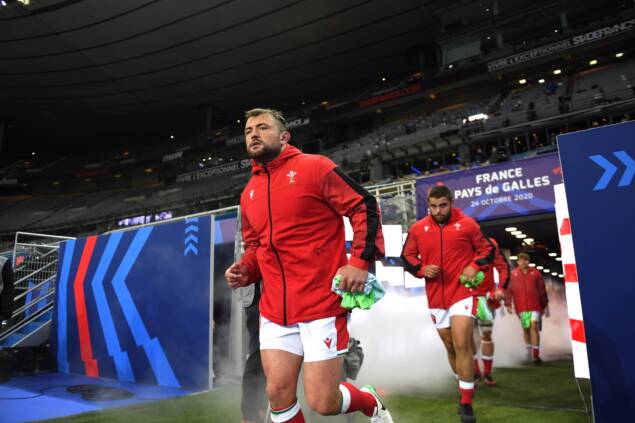