As a former pupil of Rugby School in the West Midlands, which inspired literary icons Tom Brown and Harry Flashman – not to mention the sport itself – it’s somewhat surprising to learn that life there wasn’t all about the oval-ball game for Will Rowlands.

“I really liked it and had a great time there,” says the Wales second row. “The sport of rugby wasn’t all that strong there at the time. We had a 50/50 split between boys and girls, so there weren’t really enough boys in our year to compete with the big rugby schools. It meant it wasn’t very high-pressure for us, which was kind of nice.”

That final line is somewhat revealing as to how Rowlands approached the game in his teens and early twenties. A 6’8” young forward would be in demand at most academies, but Rowlands put education first, going on to study at Pembroke College Oxford (BA, Economics and Management), where he was able to live a student lifestyle whilst enjoying the prestige of becoming a ‘rugby blue’ in the Varsity team. 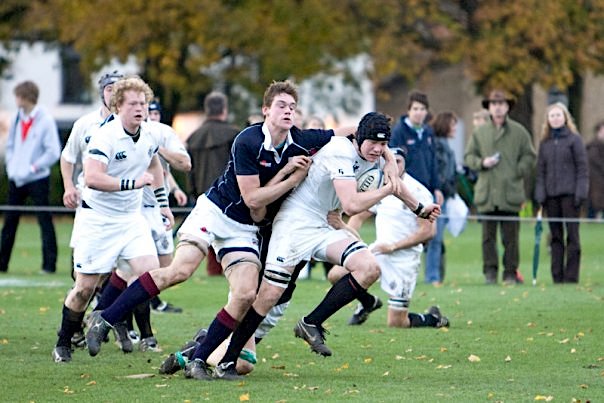 Playing for Rugby against Oundle in 2008.

“I was just a normal student who took rugby seriously for the first eight weeks and the final three weeks of term,” says Rowlands, whose old college can also count amongst its alma mater Hungarian prime minster Viktor Orbán and the King of Jordan, Abdullah II. “I was attached to Wasps in my third year, but literally did pre-season and summer training with them before returning to my uni life. I’m really glad it was like that.”

He describes the rugby side of life at university as the perfect balance of professional and amateur. “There were guys who had finished with full-time rugby who knew what it was like to be in a professional set-up, but were now looking for a more relaxed experience,” says Rowlands, “and some who were in full student mode. There we also a couple of guys who were knocking around looking to play pro, which my good friend Sam Egerton did for a bit.”

Now 29, Rowlands will win his 10th Wales cap this afternoon against the Pumas. Does he appreciate the honours more because they’ve come to him later in his career? “I definitely had two contrasting feelings coming to rugby a bit later in general,” he replies. “Firstly, when I was 24 and with Wasps I was a bit impatient, because I was only starting to knock on the door when others my age were playing regularly.

“But secondly, in contrast with that, people all too often can focus on the accumulation of appearances in their career, whereas I’m actually really glad I took a different route and still loved every step of the way.” 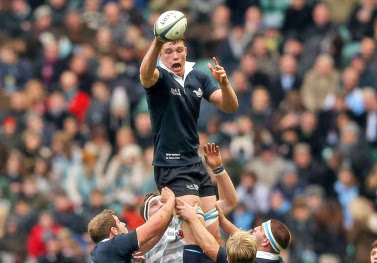 Winning lineout ball for Oxford against Cambridge in his first Varsity Match, 2012.

When Rowlands first came into Wales camp at the start of 2020, he was vying to pack down with men like Alun Wyn Jones, Cory Hill and Adam Beard. Now he is the most senior lock in the squad. “I definitely feel like one of the older ones which is kind of weird,” he laughs, “but it’s similar to my last year of Wasps when a lot of the guys older than me left and were replaced by younger players, so it’s not unfamiliar. Being a bit more established in the squad is enjoyable.”

It won’t be long until Rowlands is reporting for duty with his new teammates at the Dragons, where he’ll be looking to resume what has been a consistent Welsh lock partnership this summer with 20-year-old revelation Ben Carter.

“In any career it’s always beneficial to have a new challenge, to freshen things up, so I’m going to the Dragons to contribute to a team that’s moving forward under Dean Ryan,” Rowlands says, adding that being more available for national duty can only be a good thing. “It’s been great being here with the squad the whole time this summer, so I’m looking forward to not being pulled back and forth between two places, which can be frustrating.” 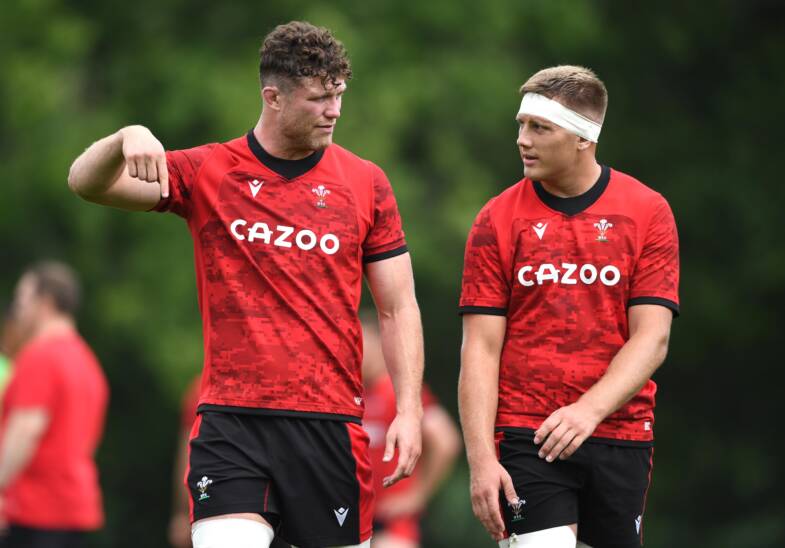 Rowlands and Carter will take their new international partnership back to the Dragons next season.

Before then, however, there is the small matter of Wales’ second Test against the Pumas in Principality Stadium. Last weekend’s 20-20 draw a frustrating affair, he admits: “It was so stop-start, partly due to our own errors, but also due to way they play with a lot of kicking. It was one of those games that was steadily exhausting. We’d like to keep the ball for longer this weekend, get it moving in space.”

For a big man, Rowlands certainly knows how to move in space. What are the chances of him scoring a try for a third consecutive match, having already touched down against Canada and today’s opponents? “Right place, right time,” is his modest answer. “My strike rate in general is a lot lower than that!”

He allows that he has high ambitions for Wales – not least in the form of France 2023. “That is a big goal. I would really like to go and represent Wales at a World Cup. Aside from wanting to compete and be successful for Wales in games and tournaments, the macro goal is to have a chance of being successful at a World Cup.” 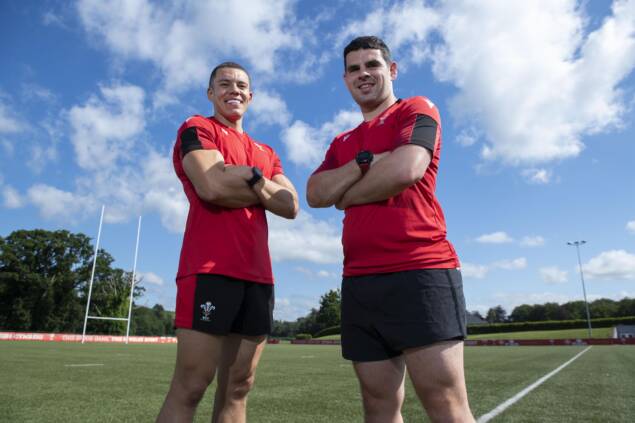