Louis Rees-Zammit has gone back to his rugby roots to ensure he emerges from lockdown as sharp as ever.

The Gloucester flyer has been training in the park across the road from the new Cardiff home he is sharing with his elder brother, Taylor, as he attempts to maintain the speed that carried him to the top of the Gallagher Premiership scoring charts and to the verge of a first Wales cap.

Pontcanna Fields holds a special place in his heart as it was on the very pitches he is now running around that he first picked up a rugby ball and took his first steps in the game as a member of the junior section at Llandaff RFC.

Then it was all for fun, whereas now rugby is a serious business for the talented teenager who has taken the game by storm this season. He should have been looking forward to a trip to Japan and New Zealand this summer, but instead is left wondering when he might return to playing.

“This is the longest I’ve been without rugby in my whole life. I can’t wait to get back to play, whether it is behind closed doors or in front of a crowd,” he added.

“Lockdown hasn’t been that bad and I haven’t found it difficult to motivate myself. I moved into a flat with my elder brother, Taylor, about six weeks ago and we’ve been training in the park on the same pitches on which I used to play when I was a junior at Llandaff. 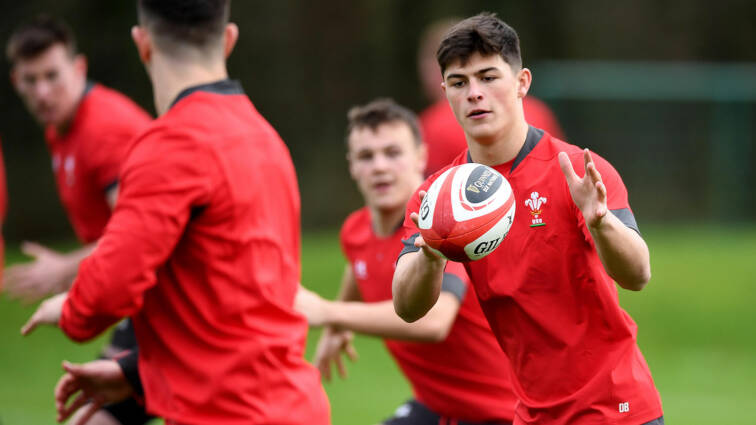 Louis Rees-Zammit says lockdown hasn't been that bad for him

“I’ve been doing 5K runs around Pontcanna Fields and then sprinting on the pitches there. It has been good to see all the pitches on which I started playing – and got all those wins.

“I’ve been working hard there and going home to my parents’ house to do some gym work. I’ve been keeping up my skills and sprint training and I’ll be ready when we get back.

“Hopefully, the season will come back soon because it was a big disappointment it ended when it did. I was on form and so it was annoying to get it cut short.

“I’ve been spending hours on the X-Box playing FIFA and watching a few documentaries when I’m not training. I watched Michael Jordan’s ‘Last Dance’ film the other day.

“It’s really good and shows how he went from college to become the best player in the NBA in the space of a year. It’s a great watch, and a real inspiration, because that’s something I wanted to do.” 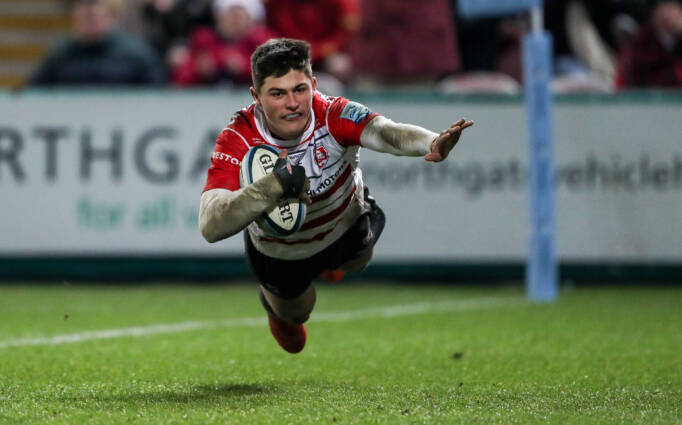 His seven Premiership tries this season have kept him at the top of that competition’s scoring charts and he was voted Player of the Month in December. That started a run of significant events for him, as he signed a long-term contract with Gloucester and then got picked for the Wales Six Nations squad.

“This season has been a good experience for me. I’ve got used to the Premiership both physically and mentally and every time I get the ball I know I need to make an impact,” he said.

“I take it game by game, training session by session. When I’m picked I just give it my all for the team.

“I know I have a lot of work-ons, but they will definitely get better if I keep working on them. Every training session I do extras.”

His phenomenal December – “it was the best month of my life“- earned him the Premiership Player of the Month Award while still only 18. But age is only a number when the stats show that in that month he scored more tries (6), made the most breaks (14) and recorded the highest average gain (10.6 metres, min 25 carries) of any player in Europe in all competitions.

“It was a brilliant month for me over the Christmas period. I got the Premiership Player of the Month award for December, which wasn’t something I was expecting, and then I signed a professional contract with Gloucester and got picked in the Welsh squad,” he said.

“Now that’s done I’ve just got to get to work. I’ve got to keep performing. I can’t afford to drop out of the team because I’ll have to start all over again then. As long as I keep on top of everything and keep on performing I’ll stay in the team.

“I just try to help the team. Every time I get the ball I try to make an impact, whether that’s scoring, assisting or making some yards. That’s what I’ve got to keep doing.”

Having been picked by Wayne Pivac for the Six Nations squad, Rees-Zammit was in line to win a cap the day before his 19th birthday had he been picked against Italy. The fairy tale didn’t extend that far, but it was only a year ago last month that he was scoring tries for Wales U18. His time will surely come.

“It was disappointing not to get a cap during the Six Nations, but hopefully my time will come. When my chance does come I’ve got to take the opportunity and I’ll be ready for it,” he added. 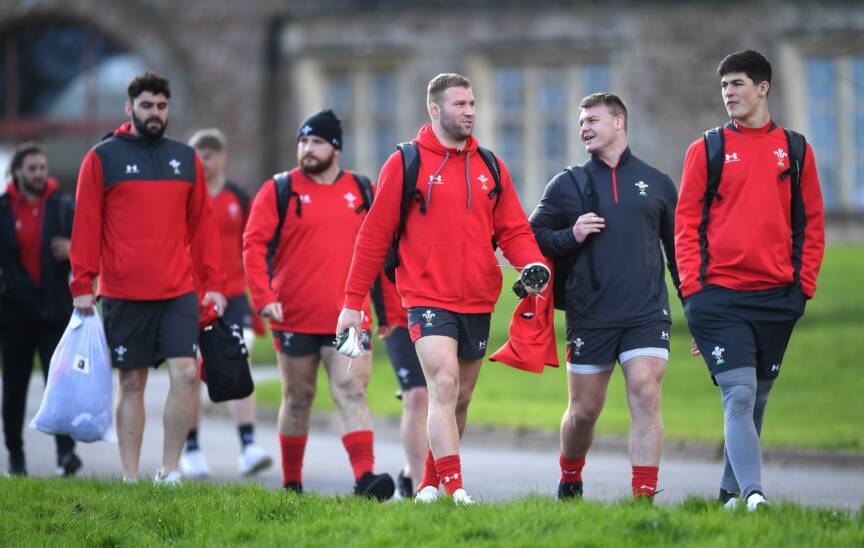 “Everyone in camp plays on the Play Station. Half play FIFA and the others play Call of Duty. I was more for FIFA and since lockdown I’ve been playing hours and hours of it.

“We had a small tournament during the Six Nations. I was playing against Leon Brown and Aaron Wainwright and I really enjoyed it. Leon is a really decent player but I’d say the backs came out on top.”

Last season he became the youngster Gloucester player in the Premiership (18 yrs, 70 days) and this winter he became their youngest to both start (18 yrs, 295 days) and score (18 yrs, 309 days) in a Heineken Champions Cup game.

His European debut came as a replacement at home to Toulouse, but he then started in the return game and found himself up against Springbok World Cup sensation Cheslin Kolbe. Against Montpellier he had to deal with another giant wing problem in Nemani Nodolo.

“I didn’t really find any difference between the Premiership and European. The intensity was pretty similar and it wasn’t too different, even though I thought it was going to be,” he said. 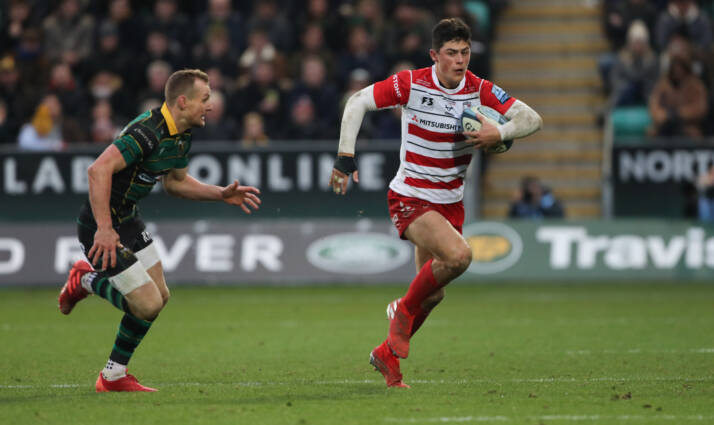 Louis Rees-Zammit puts on the afterburners against Northampton Saints

His stats at Gloucester this season have been phenomenal. He has scored 12 tries in 15 games in all competitions and scored in nine of the 14 games in which he started. There was a hat-trick at Northampton Saints and a number of assists in other high-profile matches.

His coach at Gloucester, Johan Ackermann, had nicknamed him “Speedy” and his acceleration is one of his biggest assets. But where does it come from?

“It’s all about genetics I guess. My dad is really fast and I get my pace from him,” he said. “I’d never done any sprint training before this year and I’ve never done athletics.

“I’ve got a lot faster through doing some sprint training and Dan Tobin, the head of S&C at Gloucester, has been putting together loads of programmes for me, I’ve been doing sprint training after every session and I’m definitely getting faster.”

Just how fast he is could well be put to the test later in the year when England wing Jonny May returns to Kingsholm from Leicester Tigers. May, England’s fifth highest try scorer with 29, has been clocked at a mightily impressive maximum speed of 37.71 km/h and spent 10 days honing his skills at the Michael Johnson Performance centre in the summer of 2018.

“Jonny’s a bit of a legend at Kingsholm. When he gets to the club we will have to have a race to see who’s quickest – and perhaps we could stream it live,” said Rees-Zammit.

“When Jonny comes back it will provide more competition for all of us and that can only be a good thing. I don’t worry about pressure, it’s all about working hard to get into the team.

“We’ll have Jonny, Ollie Thorley and myself competing and training hard every day and that will only push me further.”

That will be an interesting side-show, but the main event for the rising Welsh wing star is to keep on the score sheet at his club and try to carry his form onto the international stage for Wales. 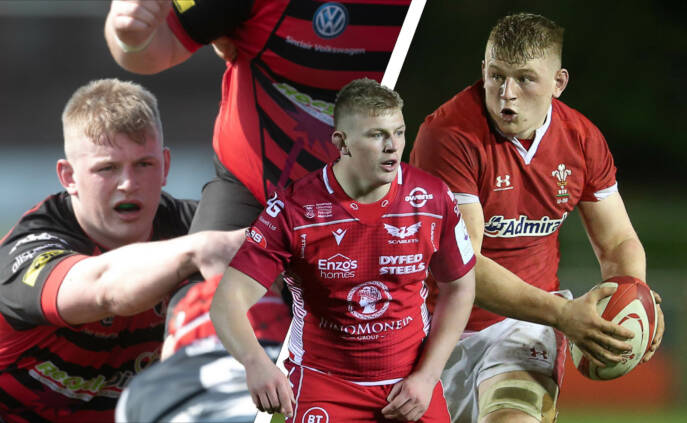 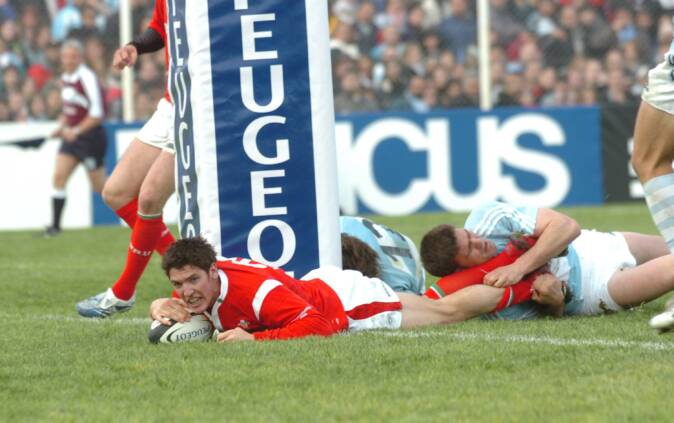